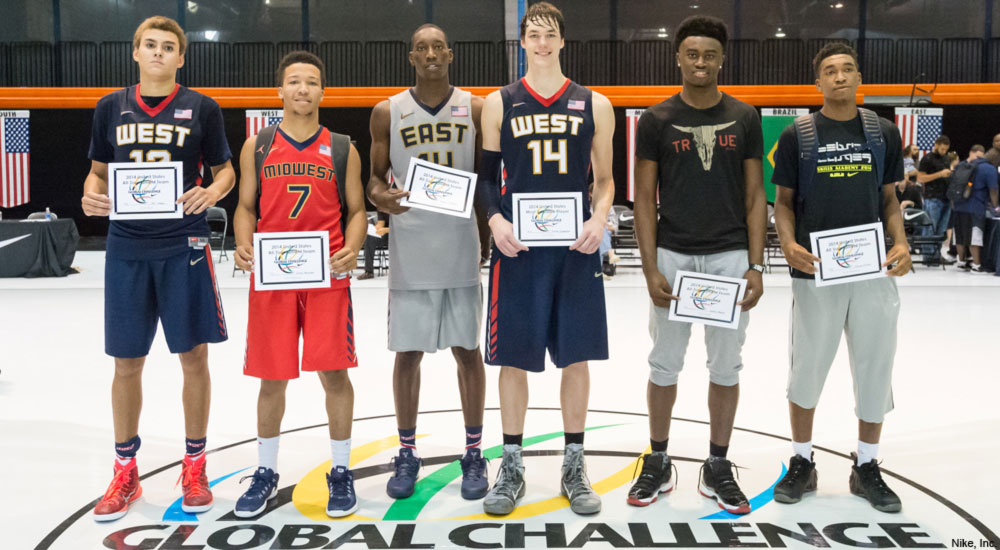 Last week’s Nike Global Challenge in Chicago was a bit overshadowed by the Team USA exhibition game against Brazil at the United Center and the World Basketball Festival, held right down the street from me at 63rd Street Beach, but it still had plenty of top prospects. The event featured teams divided by region (East, Midwest, South, West) and internationally (Brazil, Canada, China, Pan-Africa), with NBA scouts observing the proceedings.

The West squad dominated the four-day tournament, going undefeated behind the play of one of the top big men in the senior class, 7-foot Vegas native Stephen Zimmerman, who showcased his polished interior game, strong finishing ability, the skill to step out to knock down jumpers and rebounding prowess. Besides Zimmerman, here are 20 other impressive prospects from the event:

“Bam” lived up to his nickname by relishing contact in the paint and being active on the glass, but the explosive athlete also displayed above-the-rim finishing ability and a nice mid-range jumper, as well as being a strong defensive presence, making him one of the more intriguing players in his class.

The Florida commit used his chiseled frame to be a menace defensively and finish strong drives to the basket, but also showed a knack for knocking down perimeter jumpers and while he isn’t a true point guard, the versatile Allen has enough playmaking ability to spend some time at the position.

A strong, athletic swingman, Beasley makes contributions defensively and on the glass, but the Atlanta-area product’s strength is attacking the rim in both half-court situations and transition, converting through contact and often in exciting fashion.

Blakeney, an Orlando native, is one of the purest scorers at this level of the game and didn’t do anything to take away from his reputation, as the explosive athlete’s ability to finish in transition, get to the basket off the dribble in half-court situations and knock down outside shots were all on display.

The Dallas-area youngster is probably more potential than production at the moment, but Bolden’s wingspan, timing on blocked shots, solid frame, willingness to bang inside, good hands, ability to run the floor, shooting touch, mobility and developing back-to-the-basket game had NBA personnel salivating.

Brunson is known locally as a volume scorer, but when playing alongside other scoring weapons, the suburban Chicago resident displayed elite passing ability, while still mixing in a knack for high-level shot-making, whether on tough left-handed drives to the basket or hitting long-range jumpers.

The long, slender and smooth Cheatham, a southpaw from South Florida, combined his off-the-ball scoring ability as an outside shooter and crafty penetrator with playmaking skills and floor generalship.

One of the fast-rising prospects on the summer circuit, the athletic and versatile Clarke showed why his stock has gone up, as the Tidewater native’s trademark energy, finishing ability, willingness to mix it up on the glass, multi-positional defensive prowess, the knack for making plays off the dribble for himself or his teammates and being a terror in transition were all in effect.

After seeing the lefty at the FIBA Americas tourney back in June, it’s clear that George (similar to Brazilian soccer players, the back of the basketball players’ jerseys had their first names) has worked on his game, as he showed more diversity off the dribble, an improved outside stroke, better use of his size on the interior, a concerted effort to make plays on defense and most importantly, a high motor that ensured he played hard every minute he was on the floor.

Fox played more off the ball a few weeks ago alongside fellow junior point guard Dennis Smith at adidas Nations, but in Chicago, he showed that he could thrive as a true floor general, as the Houston-area product played a pass-first game (the rare player who knows the value and can execute a proper entry pass), while also using his length and quickness to make an impact defensively, knocking down open jumpers and using his bounce to finish at the basket on the break.

A skilled outside shooter with a solid frame, Hogg, who hails from the outskirts of Dallas, was certainly a dangerous deep threat, but also possesses a solid all-around game, including the ability to defend bigger players, make plays for his teammates off the dribble, post up smaller defenders and finish at the rim.

The native of the Democratic Republic of the Congo (he played on the Pan-Africa team) announced his presence with a 36-point, 16-rebound game on the first day of the tourney and while he didn’t duplicate that performance, the strong, skilled and athletic Kapita’s ability to defend multiple positions, inside-outside game and presence on the glass made him one of the more underrated prospects in attendance.

A USC commit, the Los Angeles-area native’s (via Nigeria; he also played for the Pan-Africa team) length, post-up game, defensive presence and shooting touch are reasons why Metu is thought to have such a high ceiling and should continue to improve on the next level.

One of the most explosive athletes you’ll see, the high-flying Monk put on a show with his aerial exploits, throwing down highlight-reel dunks off the dribble, on the break and off of lob passes, but he also showed off proficient long-range shooting and the ability to create for his teammates with his excellent court vision and unselfishness.

Morrow, a Chicago native, has been a personal favorite of mine for a few years now and though his game is best served by playing his natural position on a full-time basis, the undersized power forward with a high motor still made an impact with his activity level, ability to score on the baseline, relentless rebounding and running the floor in transition.

A Washington commit, the slender Murray has that typical Seattle herky-jerky game, but as skilled as the big guard is as a scorer who can slither to the basket through traffic, flourish in transition and knock down contested jumpers, he actually plays more of a pass-first style offensively, has the length and quickness to defend both backcourt positions, and could eventually be best utilized on the ball offensively.

The long Canadian lead guard continued his breakout summer with another solid outing, as Poyser blended his ability to get to the basket off the dribble and use his size to finish, playmaking skills and enough of a jumper to keep defenders honest.

Richardson, a Syracuse commit, is a big scoring guard with deep range, a physical driving game, the ballhandling skills to break down defenders in one-on-one situations and the length to make him a good fit in Jim Boeheim’s (the USA Basketball assistant, while he can’t officially comment on the recruit, expressed excitement about the Jersey native after a national-team practice) 2-3 zone.

A Northeast Ohio native transferring to prep school in New England, Spellman is a unique young prospect, combining his wide-body frame and physical inside game with surprising bounce, uncanny ballhandling ability and even outside-shooting range.

Named MVP of the international players, Yuan is a prolific sharpshooter and a major reason (along with flashy point guard Jiwei Zhao, athletic big man Zijie Shen and versatile swingman Shang Gao) the competitive Chinese team made it to the consolation game, as his deep range off the catch, dribble and coming off screens was a problem for opposing defenders. 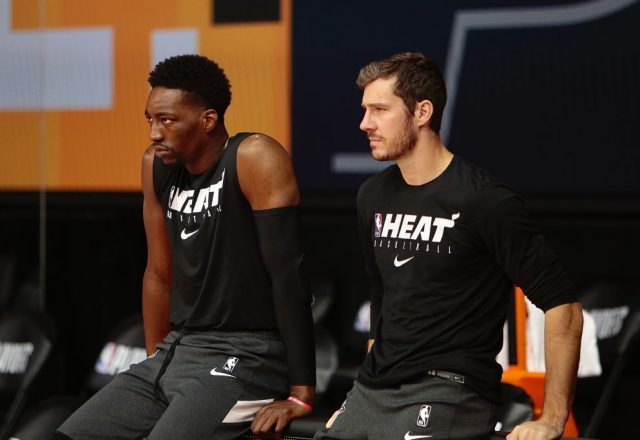 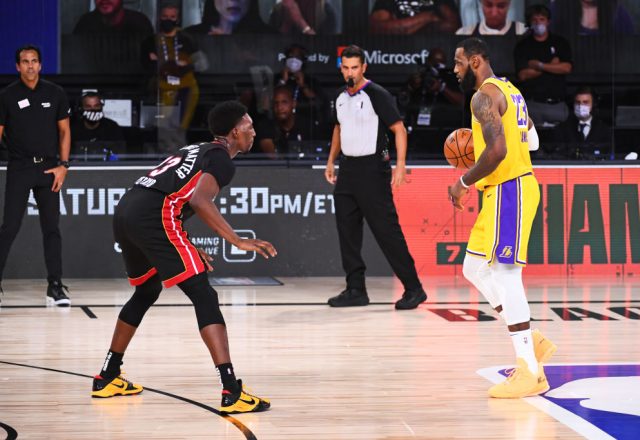 Bam Adebayo: ‘It’s Not Like It’s Never Been Done Before’ 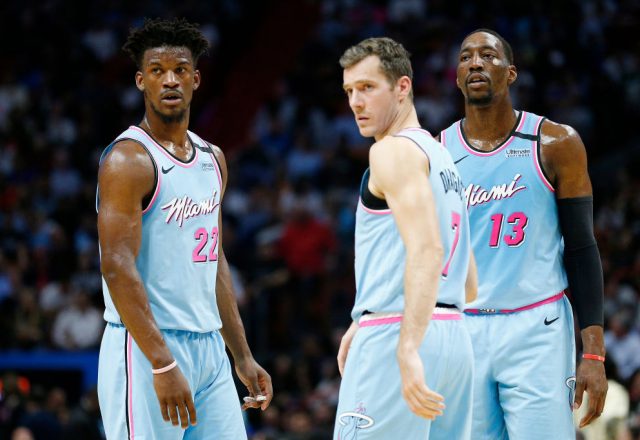