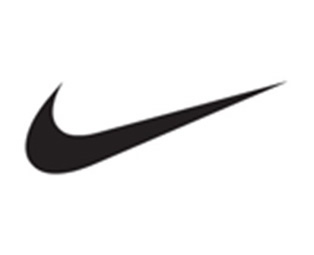 On Wednesday, I had the chance to be on a conference call with George Raveling, Nike’s Global Basketball Sports Marketing Director, and several reporters. Raveling, if you didn’t know, used to be a college coach (he coached Harold Miner at USC) and is basically the archenemy of Sonny Vaccaro, his ex-best friend who split from Nike back in the day and took his ABCD camp to adidas and now Reebok. For the readers who follow high school basketball, this isn’t new, so bear with me for a second.

Over a month ago, a summit was held with Raveling, Darren Kalish (Raveling’s adidas counterpart) and execs from the NCAA, NBA and USA Basketball to discuss changes to grassroots basketball in the U.S. It’s pretty much been known since then that Nike and adidas wouldn’t be having their traditional elite camps in summer 2007 and beyond and while many rumors were circulating about what would take the place of the camps, nothing concrete was announced.

Anyway, on this conference call, Raveling detailed Nike’s plans for youth basketball, mostly centering around replacing the shoe company’s all-American camp in Indianapolis with smaller position camps. The top 20 consensus high school point guards in the country will be invited to the Steve Nash point guard camp. The top 20 shooting guards will go to a camp hosted by Kobe, the top 20 wings will get to attend Vince Carter’s camp and the top 20 big men will benefit from the tutelage of Amare. The kids attending the camps will be at least rising 10th-graders and while Raveling acknowledged that about half of the players are already locks to be invited, these camps will go down in June, when college coaches can’t watch high school kids play. So the 80 chosen ones will come together during the NCAA’s July evaluation period in Akron for a camp hosted by (can you guess who?) LeBron.

Raveling stressed that the camps would be about teaching fundamentals and learning team play, and that NBA vets (for example, Jason Kidd and GP) retired players (John Stockton) and top coaches on all levels would be involved. While there will be some five-on-five action at Bron’s camp, Nike would also institute an event in August (called “The Global Challenge”) that has more of an all-star feel. The 80 kids from the camps will be divided into teams and all-star teams from four other countries (Raveling named Australia and China as tentative commitments) will be invited to compete. In addition, Raveling spoke of a “coaches’ learning academy” that would train select AAU and high school coaches on Nike’s payroll to teach kids “fundamentals and values,” perhaps run by Hubie Brown with help of Jack Ramsay, Chuck Daly and others.

Toward the end of the call, Raveling talked about the idea of a basketball academy for elite high school players, with Nike, USA Basketball, the NBA and the NCAA all in conjunction. He said that putting it into practice was at least a year or two away, but several factors still had to be ironed out, such as educational components and the logistics of it in general.

A few things stick out to me about Nike’s overall initiative. I think everyone associated with youth basketball, and even casual observers recognize there needs to be changes made. Nike’s response (and they’re obviously not alone in this), however, strikes me as somewhat of a knee-jerk and not entirely genuine reaction to both the USA Basketball debacle and the “AAU crisis.” The emphasis on skills and fundamentals isn’t a bad thing, but when only 80 kids will benefit from it, the motives seem suspect. Raveling said shoe affiliations won’t be a factor in choosing the camps’ participants (players from Reebok and adidas-sponsored teams will be invited) and obviously it would be hard for any kid to turn down an invite to a Nike camp with superstars coaching them. But it seems feasible that Nike might be using the camps as maybe a fundamental base for potential future Team USA players (I wonder if lightly-recruited D-Wade would have been picked for the camps as a high school player) and at the least, as a recruiting tool, I’m pretty sure the majority, if not all of the college coaches who will be instructing the kids already get checks from Phil Knight.

Which brings me back to Sonny Vaccaro. Sonny publicly suggested an upheaval of the current basketball developmental system—including a basketball academy (hello, OJ Mayo)—before Raveling and co. had their sit-down in the fall. I’m definitely not saying he was the first to do so, or that he’s not somewhat of a hypocrite (since he’s the main person responsible for the mess), but when Nike, adidas, USA Basketball, the NBA and NCAA talk about changing things in youth basketball, it’s damn near a crime to not include Vaccaro. Even with adidas’ decision to cease its Superstar Camp in Atlanta, Sonny hasn’t said he’ll stop doing ABCD, which is significant, as adidas now owns Reebok, even though they function separately.

Since the Bron camp in Akron will take place during the same July evaluation period (I’d bet they take place during the same week) and Nike plans to invite kids across shoe lines, I question how much progress really has been made in the sneaker wars. Yeah, top underclassmen like Tyreke Evans, Brandon Jennings, Greg Monroe, Lance Stephenson, etc. will get top-notch instruction of fundamentals for a week or two, but what does it mean in the long run? It remains to be seen…