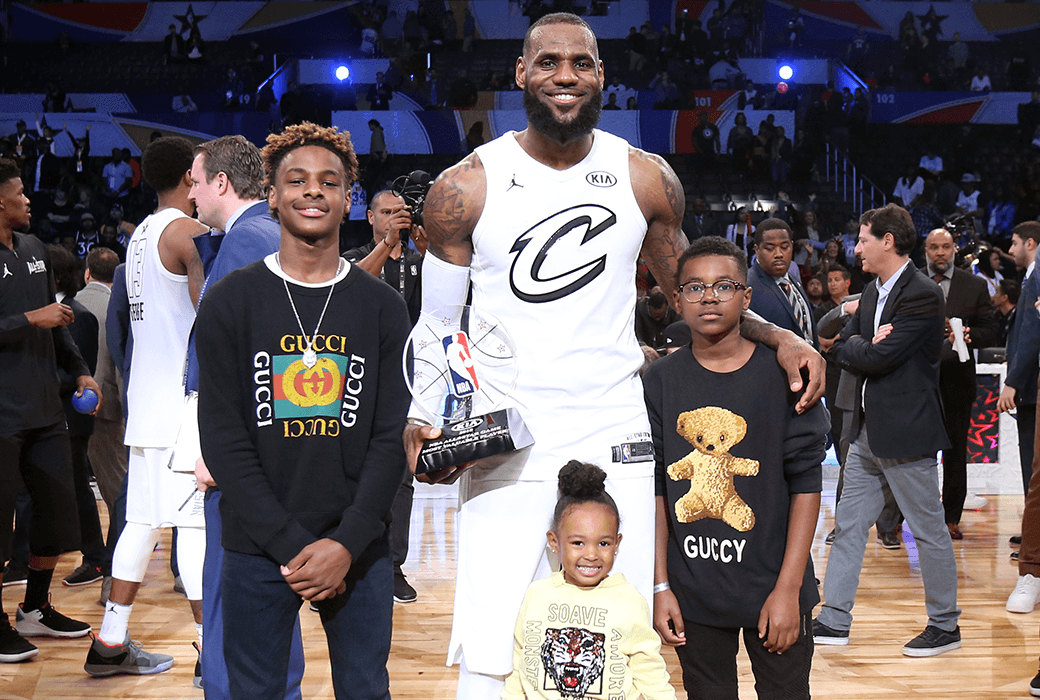 Gary Payton sat down with BSO’s Sheena Quick, and when he was asked what the odds were that LeBron James signs with a team out west this summer, Payton revealed that James’ 13-year-old son, Bronny, is committed to Sierra Canyon School in Los Angeles next year:

“Anything could happen. People don’t look at everything. (LeBron James’) son just committed to Sierra Canyon which is in the valley of LA. That’s where his son is going to go to school [with] Scottie Pippen’s son and Kenyon Martin’s son. So, that’s a move that they’re going to make … if everybody looks at it with a son at that age, you don’t want to be away from him during that period of time. During the time that we’re having, basketball is school time. I think that (Bronny) needs a father during that time and that’s it. I don’t think LeBron is that type of parent, I think he wants to be around his son a lot and see his son play a lot.”

Just talked to a Sierra Canyon official on the rumor that Bronny James has committed: "That's news to us. He hasn't."

LeBron told media after the NBA Finals that his family will play a large role in where he decides to play next year. His best friend, Dwyane Wade, reiterated that by saying he believes LeBron will prioritize his family and lifestyle when making a decision.