The Importance of the NCAA Regular Season 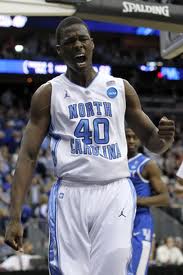 For the record, I love college football. I love Saturdays in the Big Ten, SEC tailgate parties in “The Grove” and late night tilts in the PAC-12. While I have several sporting “bucket list” events still to be crossed off, a big-time SEC game remains one of highest priority. But, unfortunately for me as a big picture fan, the sport’s system itself limits the quality of the product.

Why we watch the games, why we schedule our days around the games and why we tune into sports, night after night is for the chance; the chance to see something new. We want to witness an event that “outdid” the last great game we saw. It matters for us to have seen “that game.” But for a large portion of the regular season (I won’t even get into the absurdity of the bowl system), college football does not want their fans to get quality match-ups between big national programs, at least not out-of-conference. It’s way too risky.

Just ask the Oregon Ducks. Last year they did everything right (went undefeated) and were awarded with the chance to play for the title (where, of course, they came up short to Auburn in the BCS Title Game). This year, in a sport that is constantly advertised with “every game matters” status, an arguably even more talented and dangerous Duck side hasn’t played a relevant game since September 3. On that late summer evening in Dallas, Oregon came up short to the LSU Tigers in a largely pro-Bayou Bengal mega-stadium. Their season, for all intents and purposes, was over. And in a crude twist of predictable fate, the Ducks have been one of the best teams in the nation since that 40-27 loss. (The even “cruder” twist of fate that they lost last week to a sanctioned USC team that doesn’t “even exist” and whose players and staff are suffering for other peoples’ mistakes is almost too rich.)

In other words, it didn’t benefit Oregon to pencil in high quality opponents on the flexible part of their schedule. Quite the opposite, to be honest.

This week in college basketball, we will see North Carolina host Wisconsin before traveling to Lexington for their much-anticipated clash with Kentucky. And that’s all after getting upset this past Saturday in Las Vegas to an always-game UNLV side. A loss that would surely eliminate the Heels from having a chance to play for a national title, if, say, a less judicious system was in place.

Lucky for us college hoop fans, though, early season losses aren’t tragic; they are to be celebrated. They aren’t season-enders; they are chapters of a good long novel.

Much like their counterparts from Chapel Hill, several of the nation’s top programs inked challenging early season schedules. Kentucky will face Kansas, North Carolina, Indiana, Old Dominion, St. John’s and Louisville before they enter SEC play. Duke will have played Kansas, Belmont, Michigan State, Michigan, Tennessee, Ohio State, Washington and Temple. Granted each of those have their share of bottom-feeders to fill out the schedule, but there is no compromise. There is no reason for any.

In college football this year, Nebraska scheduled Wyoming, Fresno State, Washington and UT-Chattanooga. And this was one of the Cornhuskers most daunting slates in years, for real. Michigan State boasts out-of-Big Ten games against Florida Atlantic, Youngstown State, Central Michigan and Notre Dame. I can handle one of those cupcakes, but not three plus the chronically overrated Fighting Irish. Renewing your season ticket order form only to see half your home schedule filled with Northwest Missouri Tech Union State and the like just doesn’t seem fair. Luckily for season ticket holders, even the most “bootleg” of games have become on-campus events within themselves.

This Saturday’s UNC/UK match-up at historic Rupp Arena was to be a battle of the top two unbeaten teams in the nation. It’s not anymore. And that doesn’t matter at all.