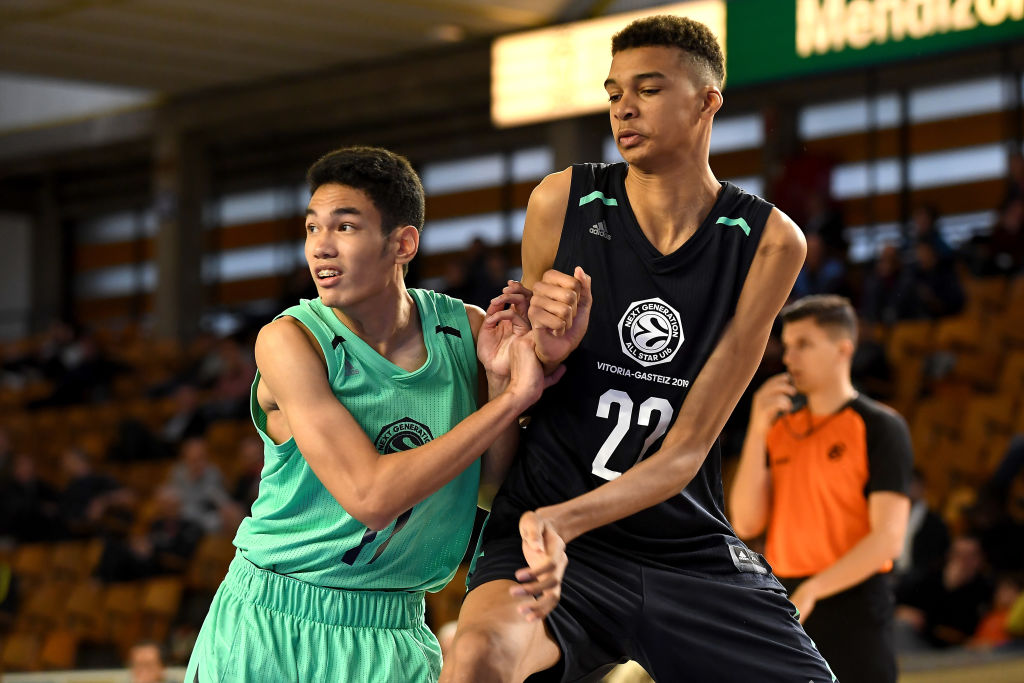 French basketball player Victor Wembanyama stood out in a recent workout against the Jazz’s Rudy Gobert and Celtics’ Vincent Poirier.

Following the workout, ESPN’s Mike Schmitz referred to the 16-year-old French big man as “arguably the best prospect in the world regardless of age.”

Standing at 7-3 with a 7-8 wingspan, Wembanyama has a chance to be selected No. 1 overall in the 2023 Draft, according to Schmitz.

Schmitz says that Wembanyama is not your typical big man.

Despite his huge feet and thin frame, he moves like a wing. Not only does he put a lid on the rim like Rudy Gobert, he also shows the floor-spacing potential of a young Kristaps Porzingis, with a far better handle and passing feel.

When being asked about how he has been able to become such a unique talent at his size, Wembanyama talks about always having a ball in his hands.

“That comes from the fact that I’ve always been balling since I was young. Even when I was not in a club yet, when I was 5 or 6 years old, I always had a ball.”

Wembanyama will need to put on some size to reach his full potential at the next level. When it comes to the NBA, he still has plenty of time to not only get stronger, but also improve his game.