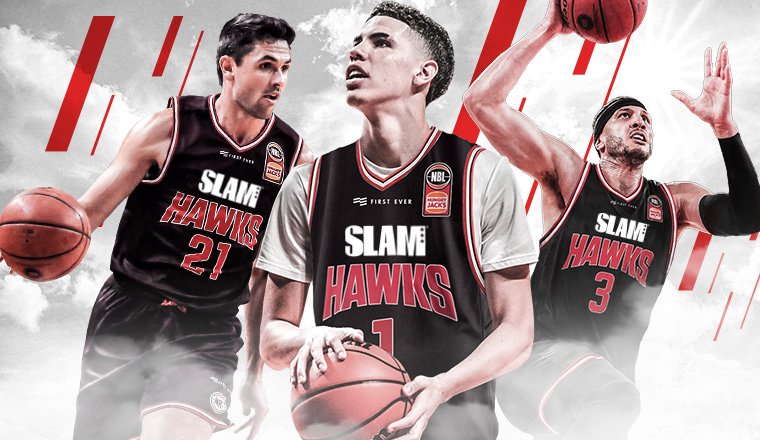 SLAM is proud to announce a partnership with the Illawara Hawks, LaMelo Ball’s new team in the National Basketball League, for the 2019-20 season. Here is more info on the deal, per the Hawks’ press release:

The announcement with SLAM, a full-service basketball media company, will see them take the lucrative position of Front of Jersey Sponsor on the Illawarra Hawks Home and Away Jersey for the NBL20 season.

The deal will catapult exposure of the Illawarra Hawks into an international market, predominately in the USA.

“Today’s announcement marks a major milestone for the Illawarra Hawks ahead of what is to be the most exciting season in the club’s history. This partnership with SLAM provides synergy between two great brands that will see unprecedented international exposure for both the Hawks and SLAM, as well as the NBL and Australian Basketball.”

SLAM’s Chief Operating Officer, Dave Schnur, is also looking forward to the partnership. “We’re always looking for ways to diversify our marketing strategy,” Schnur says, “and this is a great opportunity to uniquely align with a team featuring top American talent in one of SLAM’s most popular markets.”

SLAM remains one of the most influential media outlets for basketball around the world, sporting over 10 million fans across its various channels. In its 25-year history, SLAM has published over 200 issues and features the biggest names in basketball on its cover.

The Illawarra Hawks first official game of the NBL season is due to tip-off on October 6 at the WIN Entertainment Centre. Tickets will go on sale to the general public through Ticketmaster on Tuesday August 27.