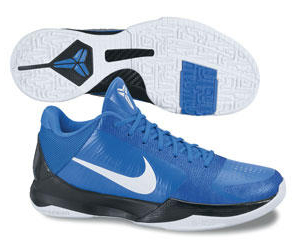 If it was good enough for 50 Cent and Nate Dogg alike, I’m pretty sure that it’s exceptionally sufficient for SLAM. Regardless of music, 21 Questions with San Dova is taking the task of asking those nebulous questions that seem to revolve around the force of gravity we know to be the NBA. Check for the preguntas at the top of every month or so.

1. Is Agent Zero ever going to honestly return, or is this season just the prerequisite one-year waiting period following his microfracture surgery?

2. Why is no one talking about Eric Maynor?

4. Now that Richard Jefferson is finally happy on a team now, will we see the Arizona R.J. make a return to form?

5. Why is Portland throwing Andre Miller on the bus, and giving Steve Blake all the brakes? Since when is he better than Andre?

6. And why isn’t Brandon Roy just the permanent point guard yet? Doesn’t anyone realize that the Tra

il Blazers are best this way?

7. Shouldn’t Phoenix just go all out and spend for this year (especially the team’s resurgence)?

8. If Allen Iverson does return to the City of Brotherly Love, will Andre Iguodala and Lou Williams accept him? Will the big men be better? Is Philly truly better off?

9. And why doesn’t Philadelphia just make Elton Brand the center and either Jason Smith or Marreese Speights the four-man to integrate Brand better and keep some size on the low block?

11. Are the New York Knicks crazy for passing up AI, and are the young guns in New York City even good or important enough to merit not signing Iverson?

13. After going 0-17 through the first month of the season, will LeBron even want to be bothered with the New Jersey Nets, despite all the future amenities?

14. Brandon Jennings: How many fools of teams has he made since his NBA breakout show?

15. Why don’t the Memphis Grizzlies just be “normal” and make a cohesive team? Isn’t winning a lot to ask of a team filled with B-grade stat fillers, ground-bound “rising” stars and the other players who know better?

16. Dahntay Jones is a scoring machine with the Indiana Pacers, but doesn’t anyone remember his high-scoring Rut

17. Is Don Nelson is a Bizarroworld genius? (With the aims of proving that he can make a good team perform at its absolute poorest?)

18. Ben Wallace sure does look like he was worth the contract he got from the Chicago Bulls these days, doesn’t he?

19. What is Coach Mike Brown’s problem? Why doesn’t he go uptempo? It’s not like the Cavs will forget how to play the halfcourt game!

20. With Luol Deng, Kirk Hinrich and Tyrus Thomas, aren’t the Chicago Bulls shooting more for a 2nd-round KO than an NBA championship?

21. Who really cares about the Boston Celtics anymore?

In the world of sneakers, the Nike Zoom Kobe V has become one amidst the flurry of hot shoes coming out for the holidays, and

as the new jacks are bound for release, I’ve been been able to attain another Sneak Peak Premiere exclusive with an upcoming colorway, with may or may not be released in the United States.

Decked out what is being called “photo blue” with black and white trim, the Zoom Kobe V is looking as bold as ever, and further reminding the basketball heads out there of No. 8 long-held dream of starring in blue and white for the Duke Blue Devils. Replacing the oft-called soft LunarLite foam is Zoom Air in both the rearfoot and forefoot for more support, bounce and that zoomy lightness that is often associated with that particular Air technology. The Flywire panel returns in a seamless, no-sew construction that will adapt to your foot pattern and mold a custom shape as the shoe is worn and heat emitted from your feet. The outsole is full rubber with a unique pattern that resembles both a heartbeat monitor and seismic readings, so I’m guessing it’s all about Kobe still having a pulse on the floor and his feet reading his reactions in on-court play.

My sources tell me that these are bound to retail early in 2010 for $240, which would make these a premium release, but as always, dates and prices are bound to change.

(Shoutout to Andrew for the much-appreciated intel!)

Sandy Dover is a novelist/writer & artist, fitness enthusiast, as well as an unrepentant Prince fan (for real). You can find Sandy frequently here at SLAMonline, as well as at Associated Content and Twitter.