A LeBron Chip = $4 Billion In Sales For Nike 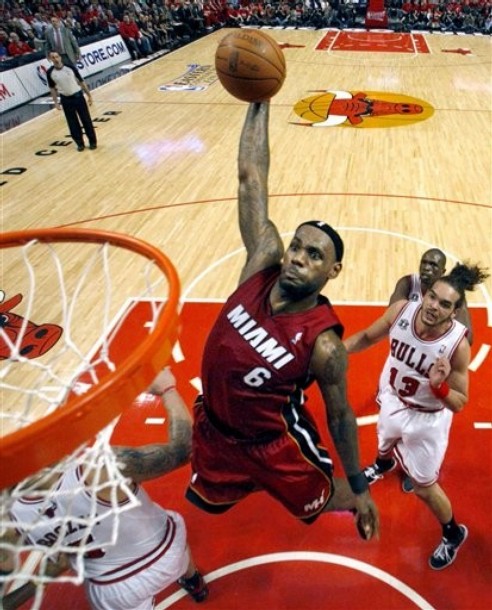 
After last night’s Miami win over the Bulls, LeBron James is now seven wins away from his first NBA title.

While LBJ wants the title to confirm to himself that he’s on top of basketball’s mountain, the business side of his empire seems to need the title just as desperately. A Bloomberg article suggests that LeBron winning a championship will give Nike a $4 billion boost in revenue from China.

With a 32-year-old Kobe Bryant having become a fixation for the Chinese sports market in recent years, the torch could be passed to LeBron should he, Dwyane Wade and Udonis Haslem — I mean, Chris Bosh — be able to bring the Larry O’Brien trophy back to Miami this year.

A number of people interviewed for the article, including Nike’s former China sports marketing director Terry Rhoads and Michael Jordan’s agent David Falk, said a championship would give LeBron the credibility to lift him into the global marketing realm that Kobe and MJ have hit in their careers.

John Huizinga, who is Yao Ming’s marketing agent and a professor of economics at the University of Chicago’s Booth School of Business, went as far as to say that only a championship would undo the PR damage of The Decision.

One eye-bulging snippet from the story:

Check the story out. it’s an interesting read.

Hat tip to CK for finding the story.