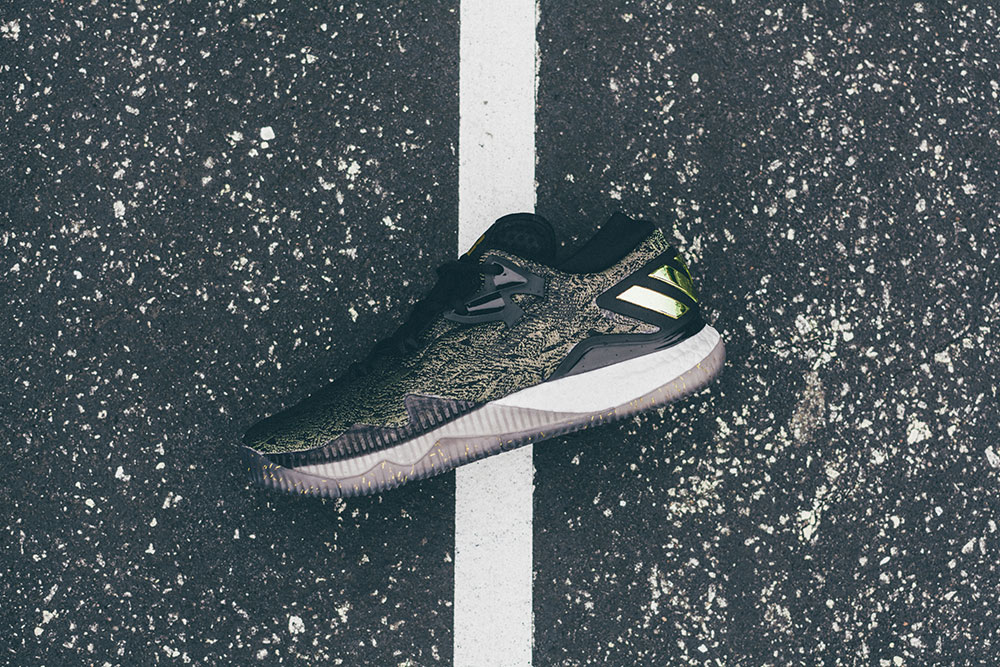 The newest colorway for the Beard is here. Before Project Harden officially begins in 2017, James Harden will be laced up in the adidas Crazylight 2016. Boost technology in the midsole keeps every step nice and cushion-y and the rubber outsole has the best in traction, making sure there are no wasted movements on the court.

The top under-18 basketball players in the world competed in the adidas Nations championship at Cerritos College in Norwalk, California this past weekend, where Team Harden beat Team Canada 123-96. All the players on the court were rocking the Black/Gold colorway.