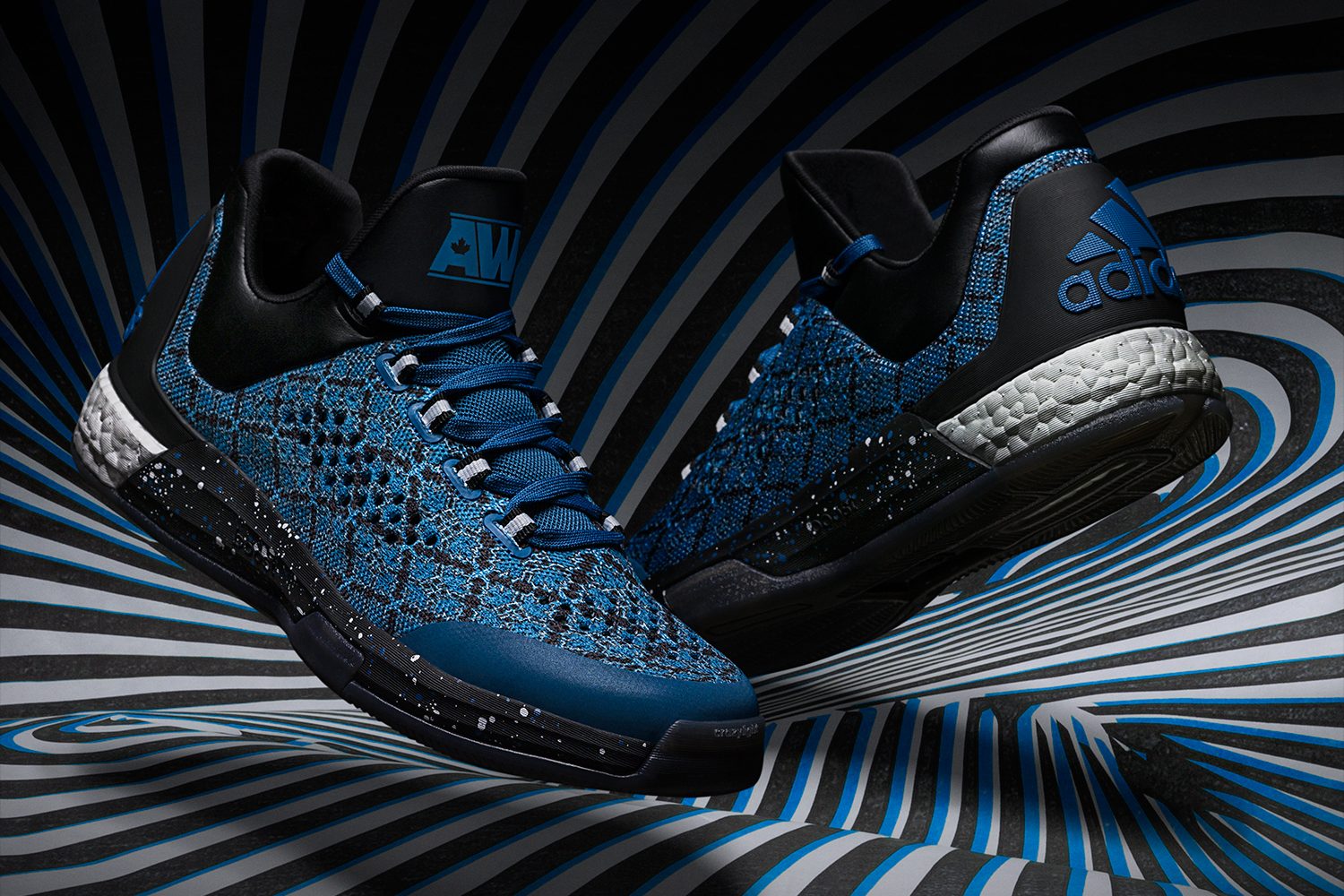 Today, adidas has unveiled the “Road” edition of Andrew Wiggins’ Crazylight Boost 2015. The NBA’s Rookie of the Year in 2014-15, Wiggins is gearing up for an even better second season in Minnesota. To pay homage to the Wolves high-flyer’s Canadian roots, this edition of the adidas Crazylight Boost 2015 features a sublimated Primeknit upper withdeep blue maple leaves and black accents.

The “AW” logo which displays a maple leaf is prominently displayed on both tongues of the shoe, which is available now for $130 at Foot Locker and adidas.com.

Scroll through the photos above to get a closer look at the adidas x Andrew Wiggins Crazylight Boost 2015 “Road.”