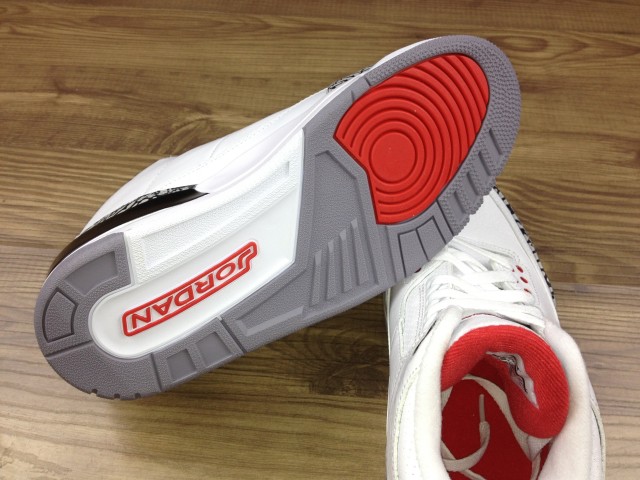 Even though Jordan Brand released the nostalgic Air Jordan III ‘White Cement’ just two years ago, it’s making its way back into stores in 2013. Why, you ask? Well, after years of begging and pleaded from Jordan purists, the brand saw fit to release the shoe in its original form—fully equipped with ‘Nike Air’ on the rear.

The Air Jordan III ’88 Retro ‘White Cement’ will forgo the now customary Jumpman branding and return to its essence. Similar to the 2011 model in almost every way, the OG version features the classic ‘Nike Air’ branding on the heel along with a slightly higher price tag of $200.