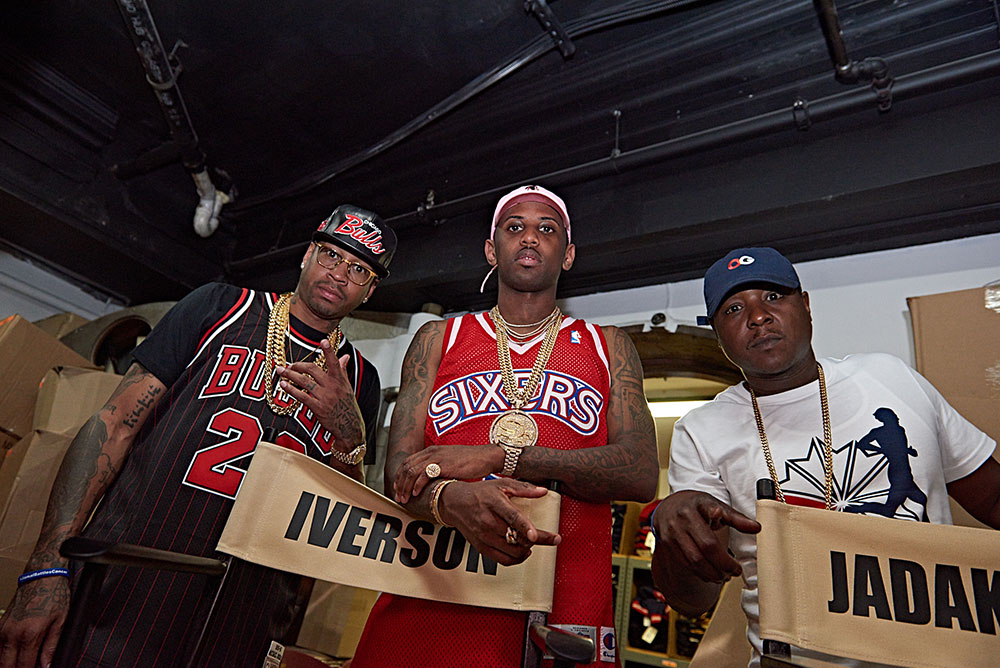 Even after 20 years, the love between Allen Iverson and Philadelphia still runs deep. The kid from Virginia became a man in Philly. And it’s been 15 years since he led an under-manned Sixers squad to the Finals and won a game against Shaquille O’Neal and the Lakers all by his damn self. That anniversary was marked by Mitchell & Ness with the release of the black Sixers jersey at their Philly-based store this past weekend.

On hand for the release was the man himself, as well as Jadakiss, Fabolous, Jerome Williams and Larry Hughes.

Before all the star power showed up, Mitchell & Ness made sure to get the party started with a DJ out on the street and lots of dancing, too. It was a celebration of all that both AI and Philly have done for each other. The love is still very strong, by the way. When AI came through, the crowd’s hysteria reached a fever pitch. Everyone wanted a piece of him. But he was chilling, eating snacks and relaxing on the couch. Cold as ice.

Check out the pictures and video up top.