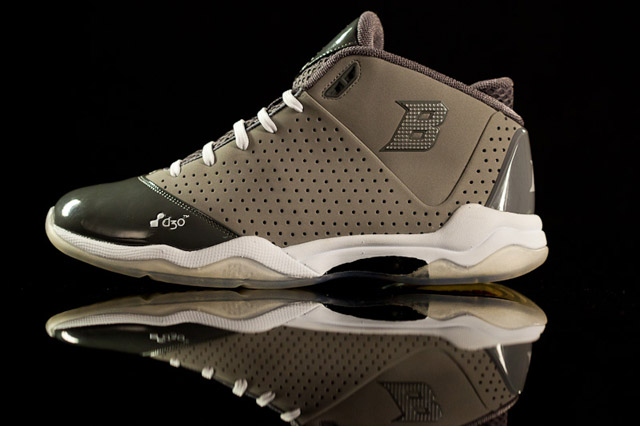 While Nike and adidas did their thing over All-Star Weekend like usual, BALL’N slickly got in where it could fit in.

One of the more fun events I attended from the weekend was the BALL’N “ALL-OUT Meet & Greet,” which was held last Friday at the ESPN Zone at L.A. Live, right before the Rookie Challenge tipped off.

Ron’s official press statement about the brand and the event read: “I like what the BALL’N shoes have offered me on the court. The d3o technology used in the BALL’N footwear has given me great comfort and support in a lightweight shoe. I have definitely noticed a reduction in joint pain and soreness after games.  And on top of it, the design of the shoes is really eye-catching as well. I am very excited about working with BALL’N on my signature shoe, due out in October 2011.”

Speaking with me in one of the lounges on the ESPN Zone’s second floor, Ron dropped the press speak and kept it real, albeit just as positive. “I was talking to a lot of companies before this season. Needed someone that knows how I like to do things: involved, with a lot of my own PR.’ BALL’N understands that.”

Performance-wise, Ron raved about how the shoes have kept him “faster than ever and playing great defense.” He loves how the shoes look and says others have noticed. “I’ve got guys on other teams asking me all the time how they can get down with BALL’N,” Ron said.

He also dropped some gems about the Lakers, and based on their first game after the break, looked somewhat prescient. “I’m not trippin'” Ron said when asked about the Lakers’ pre-break struggles. “It’s not like we’re Cleveland or New Jersey. We haven’t lost 26 games or whatever it is in a row. Everyone’s firing their glocks at us now. We’ll, we got AKs and we’re saving our shots. We’ll bust ours at the right time.”

Ron also chatted happily about St. John’s resurgence and former Johnnie star Chris Mullin being voted onto the list of Hall of Fame finalists, while wistfully wondering along with me where Erick Barkley is right now.

After we spoke Ron grabbed some food and did a few more interviews, while I chatted up Jeter and the rest of the BALL’N crew. I then had to head over to Staples Center and I had different plans Saturday, but BALL’N kept on, well, ballin.

On Saturday Ron did an appearance at Millenium Shoes, and all weekend long BALL’N made noise about how the shoes are scheduled to hit FootAction’s doors in cities such as NY, Dallas, Chicago, L.A., etc. with retail price points from $75-95.

Here’s a photo of Ron’s appearance as well as a nice product shot: