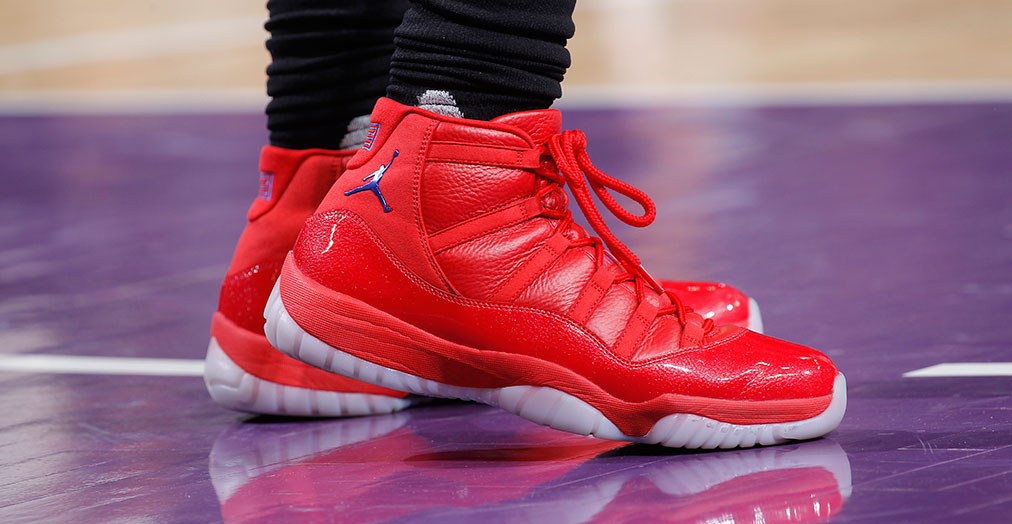 Chris Paul’s time in Los Angeles is over, which means our one preview of his “Clippers” Air Jordan XI is the only look we’re gonna get at them.

Paul wears his Jordan Brand signature sneaker throughout the season but on October 18, 2016, as the preseason was wrapping up, he walked out onto the Sacramento Kings’ court in a never-before-seen pair of Js. Red upper and red patent leather and red midsole with navy blue accents and a clear outsole.

Because it was the preseason, CP3 was only out there for 26 minutes of action. Then after that quick appearance, he stashed ’em. They unfortunately haven’t seen the light of day since.

Scroll through the gallery above to check out that crazy pair.