Inside the Design of the Nike KD12 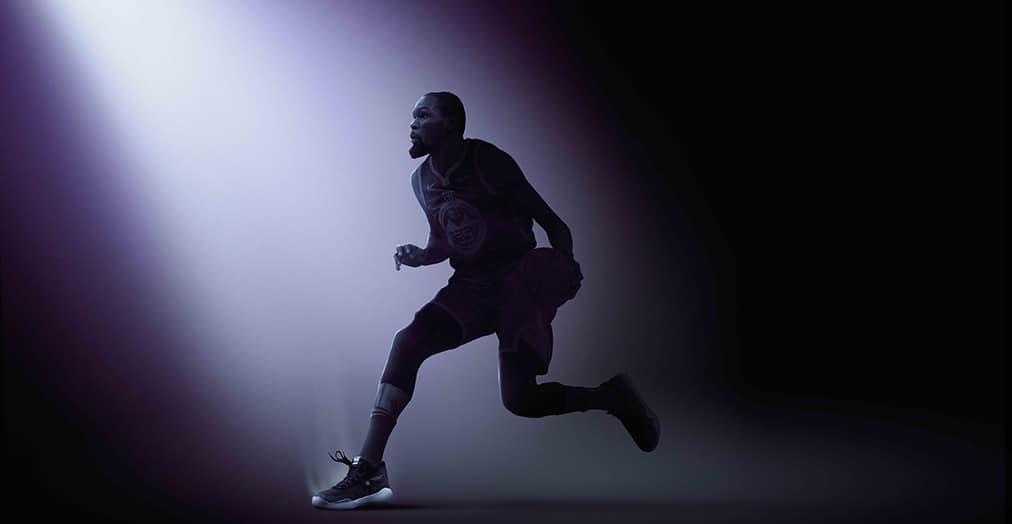 The Nike KD12 is fully inspired by the 90s, which was a vision that Kevin Durant and head designer of the KD line, Leo Chang, shared from the very start of the design process.

“Kevin, we had a meeting with him,” Chang remembers. “He was like, ‘I’m this millennial who has this love and respect for the 90s. I want the 12 to be about that.’ Without saying it so eloquently, I had been thinking about that same thing in terms of designing the shoe.”

Chang says that he was already in the process of designing a silhouette that was based off of Nike’s 90s basketball design language. He noticed that the toolings of the outsoles and midsoles were all “expressive.” There were a lot of shapes and bumps in the sneakers back then. The clear frame on the outside of 12 is a reflection of that. It’s functionally about containment and visually about the 90s.

Chang also considered the 90s when constructing the upper of the 12. He wanted to make a textured, layered upper, similar to what was seen when Charles Barkley and David Robinson were playing. Quad-axial Flywire was born.

“Quad-axial means four directions,” Chang says. “The idea is this upper, I really wanted to get after the sensation of broken-in-feel but still have this adaptive, on-demand kind of lockdown. KD, since the 1, has worn shoes forever, more than we’ve wanted him to wear a shoe. He wanted it to feel broken in.”

That’s where the quad-axial Flywire comes in, an “upper that’s super comfortable from the get,” Chang says.

“The way that the quad-axial works is that all the Flywire, for the most part, is loose in these four directions. The wires are almost a little slack. When you need it, it’s there, it engages.”

Everything else on the 12 takes its cue from the 90s also. The height, the midsole design and the colorways, which Chang promises are going to be fire.

Another premium touch on the 12 is the layered tongue.

“On the backside it’s actually a chenille yarn that’s used,” Chang says. “In the middle layer there’s actually a bulking yarn. That’s a filler-type yarn. And then on the outside is this lofted, translucent material.”

A full-length Nike Air Zoom unit sits directly underneath the sockliner, finishing off the underfoot ride on the 12. The Zoom unit is sewn directly to the upper of the 12, a breakthrough in sneaker construction. It marks the first time in Nike basketball’s history that a sneaker was created like that.