Stepping Up To The Plate 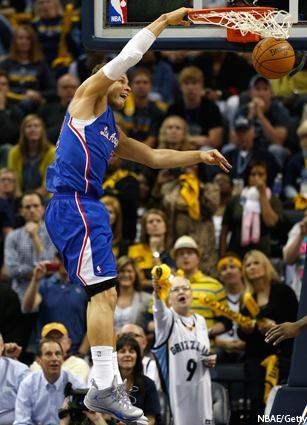 Listen to Rob Bruce expound on Jordan Brand’s latest next-level technology, and you’d be forgiven for thinking the shoe industry’s long-time obsession with all things automobile has simply been transferred from the aerodynamic exterior to the sporty heart that throbs under the hood. There’s something to that theory, but of course, it’s not that simple.

Bruce is the “guru” of Flight Plate, the cutting-edge tech that provides the propulsive foundation for the Air Jordan XX8 and the Jordan Super.Fly 2. Get him on the topic, and you’ll hear the sort of passionate, visionary descriptions that the best sneaker designers—particularly those in Beaverton—are prone to when discussing their latest footwear innovations. In Bruce’s case, it’s the invocation of pistons and references to acceleration and tight turns that bring to mind not the Ferrari-inspired aesthetic qualities of the XIV, but the sort of high-performance engine that allows some of the best athletes in the NBA to perform at their peak.

The auto analogy isn’t intentional, Bruce says, but it isn’t incorrect, either. “We’re all car guys,” he says of his fellow designers. “For me, the idea of a super-high-performance motor, it’s all about efficiency: harnessing all that power, controlling that explosion.”

Fittingly for the brand that bears Michael Jordan’s name—and now counts Blake Griffin and Russell Westbrook as two of its standard bearers—driving metaphors can only go so far; eventually, the concept of flight comes into play, as well. That’s why you don’t blink when you hear Bruce echo the challenge he and the Jordan design team faced in coming up with a next-generation technology: “How do you redefine Air?” Specifically, that meant getting the most out of the Zoom concept, a proven winner that Bruce says nonetheless loses about half of its responsiveness when transferred from the lab to the inside of a high-performance shoe. “When it’s sandwiched in there, it just deadens the response,” he says.

The solution? Flight Plate. The concept combines a plate made of Pebax, a high-performance polymer that moderates the impact of each step, cut and plant. (Bruce cites the carbon fiber plate in the XI as inspiration.) The plate rests atop a Zoom pocket, and the interaction between the two allows for what Bruce calls “an explosion in your foot.” It’s where the reference to pistons comes in—the energy of each step harnessed and reclaimed to launch the next.

In this, Bruce understands his historical mandate; simply stated, “We’re the brand of flight.” He acknowledges the balance sought by everyone at Jordan Brand: the need to respect the singular history and inspiration of the line while constantly pushing ahead in the spirit

of innovation that made the brand iconic in the first place. “Michael Jordan defined the game because he was always pushing the envelope, always working to get better,” Bruce says. “I think the footwear has evolved with him, and it all starts with the athlete.”

The latest athletes to rock Jumpman logos fit nicely into that evolutionary path, and both seem to be doing the brand—and the man it’s named for—proud. Blake Griffin first broke out the Super.Fly 2 during February’s All-Star Weekend festivities, and his wear testing has shown it to be a shoe capable of handling a player with a rare combination of size and athleticism. Even as he continues to build his fan base with daunting dunks and the dependable hilarity of his commercials, Griffin has developed into an all-around monster on the court. Still just 24, and with only three full NBA seasons to his name, Griffin is going to be a problem for years to come.

Then there’s Westbrook, the dynamic blur of a point guard whose college-to-pros path took him in the opposite geographic direction of Griffin, and whose game, in its own ways, is every bit as unique as Blake’s. The first player to rock the XX8 in an NBA game, Russ will be showcasing the next generation of Js this fall. With his absurd combination of speed, hops and sheer aggressiveness, it’s hard to imagine a better model.

For Bruce, seeing both these guys maximizing their game with Flight Plate under their feet is something akin to the ultimate compliment. “They have two very different styles of play, so it’s fantastic that one concept like this is able to serve both their needs,” he says. “Blake says he feels this pop, this explosion, when he goes to the rim. And Russell has told us directly that his feet feel fresher over time. They’re both amazing, and they’re both attuned to their needs as players. We hope we can deliver something that they’re really proud of.”

No doubt, the feeling is mutual. BG and Russ may be young, but both understand the expectations that come with wearing that iconic silhouette on their kicks. Bruce says Flight Plate is central to Jordan Brand’s plans in coming years, meaning these two rising stars will be simultaneously driven by the latest (technology) and the greatest (of all time) for the foreseeable future.