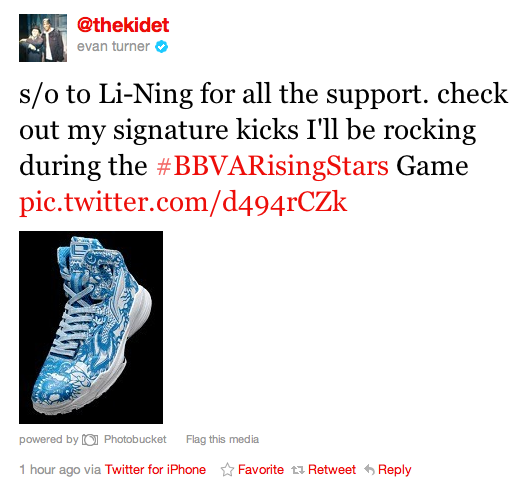 Evan Turner won’t know whether he’s “Team Barkley” or “Team Shaq” until tomorrow night, but we can confirm what the second-year guard for the Sixers will have on his feet during the BBVA Rising Stars Game. Turner posted a picture of his Li Ning signature kicks to his Twitter account earlier today, and by the looks of things, he’ll have one of the flashiest pairs of shoes on the court next Friday night.