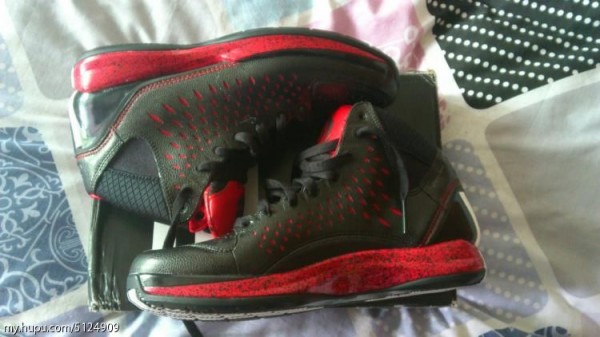 Derrick Rose’s season came to an unceremonious end due to a knee injury in the first round of the NBA Playoffs, but the MVP point guard signed a monster deal with adidas during the season and won’t stop pushing kicks. Per the good people at Sneaker Files, below is a first look at the yet-to-be-released adidas adiZero Rose 3.0, in its main red/black colorway. The design is a complete change from previous DRose products, and even features a new logo on the tongue. There is still no official word from adidas to confirm the release of the Rose 3.0, but have a look for yourself at the sample below, and see more photos via hupu: