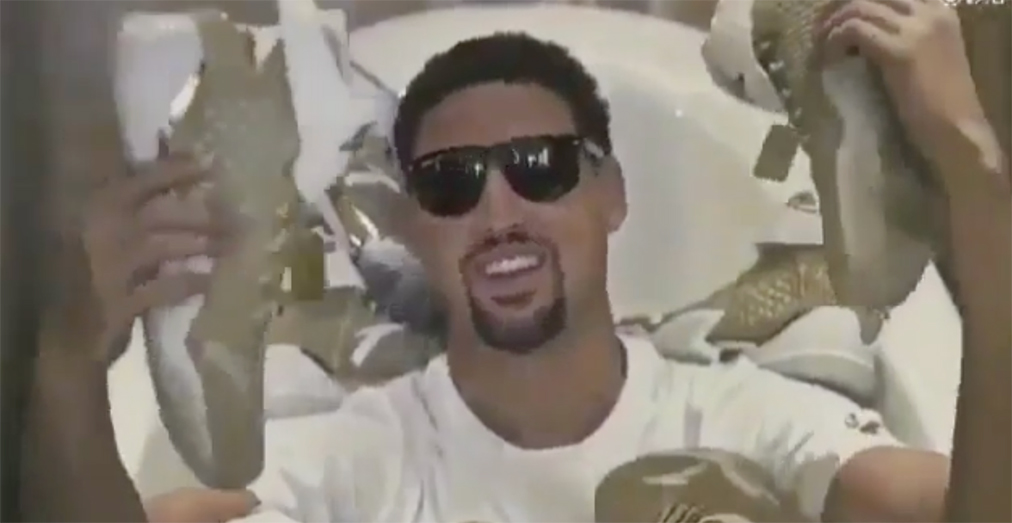 Klay Thompson quietly laced up his third signature sneaker, the Anta KT3, for the first time at Media Day. He’s been wearing it all throughout the preseason, but there hasn’t been any word from the Chinese-based brand about a potential release date for the knit silhouette.

In a new commercial that features “Who Do You Love?” by YG and Drake, Klay hilariously sits in a tub full of his sneakers to officially show them off. The end of the commercial flashes an October 22 release date. And while that may only be an in-China drop for now, a stateside release is coming. We’ve reached out to Anta to confirm when that could be, but haven’t received a response yet.

Check out the commercial below and the picture up top to see the “Gold Blooded” KT3 in detail. Stay tuned for more on Klay Thompson’s new kicks.