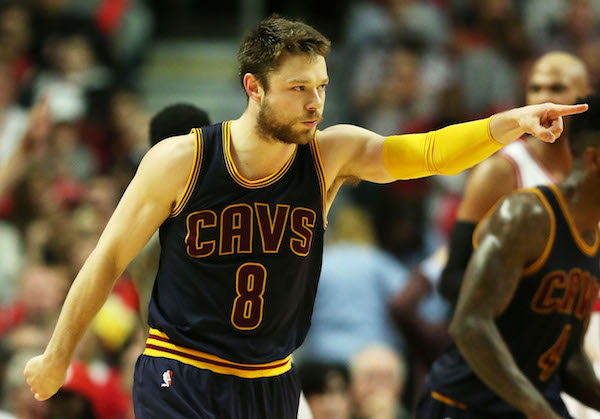 LeBron James and Kyrie Irving aren’t the only players on the Cavs roster to be blessed with signature kicks as Chinese athletic brand PEAK has signed backup point guard Matthew Dellavedova.

The Australian native will be outfitted in his own signature sneaker, the ‘Delly 1,’ which is set to drop later this year.

Excited to announce I am partnering with @peaksportaus for the next 3 years!

The three year global deal will see Dellavedova become a ‘PEAK Athlete’ and launch his own signature range of basketball shoes and apparel. “PEAK Australia approached me nearly two years ago with the idea of introducing a basketball shoe into the Australian market” Dellavedova said. “From there, talks became more serious in the past year and PEAK worked hard on developing a shoe that offers the type of reliability and performance that drives me every day. It’s pretty special. I can’t wait to unveil them for the first time later this year”.

PEAK Australia Managing Director Greg Bickley, said that Matthew had worked extremely hard on the development of the low cut ‘Delly 1’ shoe. “Matthew was very specific about what he expected from the performance of the shoe and we were delighted to be able to work with him to achieve a signature range for Matthew as a champion Australian NBA player”.