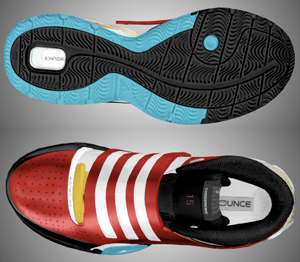 Somewhere in my parent’s home, probably packed away in a box that hasn’t been opened in the better part of a decade, sits a letter. It’s tucked into an unsealed envelope, the address scrawled into it with my then-16-year-old writing. At the time I had every intention of mailing the letter. Its destination?

In hindsight, it’s for the best that my letter never made it to the SLAMdome. I was a kid, full of naïve basketball hope and was consuming nothing but a diet of NBA Inside Stuff, West coast gangster rap and SLAM. The letter was over the top then, and cringe-inducing now.

I remember referring to Canada as the Great White North. I praised the John Stockton article in Issue 7 (as a Jazz hater I’m not sure why I did this) and I said something to the effect of, “By the time I’ve graduated high school, you guys will be wanting to write something on me.” An otherworldly presence may have forced me to call myself a white boy who can ball. The details, fortunately, are sketchy.

As I’ve said before, my basketball career tripped on the halfcourt line and chipped its teeth before it even got to take part in warmups. Writing about basketball though, I’ve gotten to kind of halfway live out my failed hoop dreams.

I never got to have the conversation I wanted to with college coaches when I was growing up, but I’ve had tons of other ones with lots of them since. I’ve made my way into NBA locker rooms and traded words with some of the players I grew up watching. I still wish I could say I dropped 40 on a team even once, or that I tomahawked a dunk going baseline in a championship game. All things considered though, it’s working out pretty well so far.

In the last week or so, I’ve been working on one halfway realization that I never thought I’d get. The people at adidas sent me an e-mail recently, offering me a chance to design a sneaker at Mi adidas (say it like Run DMC, or Damani–My adidas), the stripes’ sneaker customization website. When my design was done, they’d send me the shoe.

Now, I realize that it’s a customization site and that anyone can log on, design and click send to get theirs (anyone in the US at least). Still, I took this opportunity and ran with it. I designed a few different sneakers: the Superstar II, a pair of Bounce Commanders, a few pairs of Lightning Creators. When it comes to basketball gear, whether it’s shorts, sneakers, shirts, whatever, I’m a sucker for stuff that’s in my high school colors of black/red/white. So I went that route first with the shell toes and a couple of pairs of Creators. I did a pair of Commanders in my university colors. It looked good for what it was, but when your primary colors are green and gold…well, you know.

A day later, after a lot of creation experimentation and procrastinating on work that was on a deadline, I got the idea I ended up running with. I thought that if I were an actual NBA player, I’d have the shoe customized to my likings, like the other pros do. While I couldn’t influence the shape or look of the shoe, I did have all of the personalization options in the world in front of me on the site. If I want a shoe in my high school colors, or even my university colors, it’s not hard to find. I set out to put together a shoe that actually said something about me.

I started thinking about my life and sports and all the good memories I have—not just of basketball, but sports in general. I thought back to when my Dad coached my brother and I in hockey and how he’d take us to practice at 6am when we were scheduled to start at 7, just so we’d get that extra hour to ourselves on the pristine ice.

I remembered playing street hockey with my best friend, also named Chris, when we were in the third grade. From there, it went into basketball. My brother and I playing one-on-one on the driveway until the sun went down. Playing in the schoolyard with my friends Kirk and Adrian from junior high right through to today. Things changed a bit in university, but I thought of my friend Ross when I looked back over those years and the hours we burned up talking sports over pints and plates of nachos at our favorite pub.

The more I thought about it, all of those sporting experiences sort of amalgamated like a giant Katamri ball of sports to make me appreciate it the way that I do today.

I sat down with a blank Bounce Commander and started to work, with all of those people in mind. My Dad’s been a die-hard Detroit Red Wings fan since he was a kid, so I made the top of the shoe red and white for him. Both my friends Chris and Ross are lifelong Calgary Flames fans, so I touched off the red that was already in the shoe with some yellow for them. My brother and my friend Kirk’s all-time favorite NBA team was the ’90s Bulls, so I put some black in with that red too. When we were in junior high, Adrian loved the Charlotte Hornets. Since A played the game with more soul than anyone else, I put the Hornets colors on the sole of the shoe. Well, that and I was running out of room for everyone.

When it came to the personalized stitching option, I went with the numbers that everyone wore when they played their respective sports. My Dad wore 7, Chris 6, my brother 10, Kirk 33, Adrian 11 and Ross 3. I threw my high school number, 15 on the tongue in purple stitching (I’m on a bit of an

The result may not be the offspring of a killer instinct on the court, my unparalleled athleticism or the mockery I’ve made of opposing defensive schemes for years in my basketball career. The shoe doesn’t look like my favorite car and it doesn’t incorporate a technology specifically designed to help me be a better basketball player. My Bounce Commander isn’t even visually stunning, but I can safely say that it’s the most personal shoe I’ll ever own.

I definitely need to shout out the people at adidas for setting me up with this. It’s doubly cool for me, because you can’t design a pair and have them sent outside of the US. Thankfully, an adi employee helped me clear that hurdle to get the shoes to Canada.