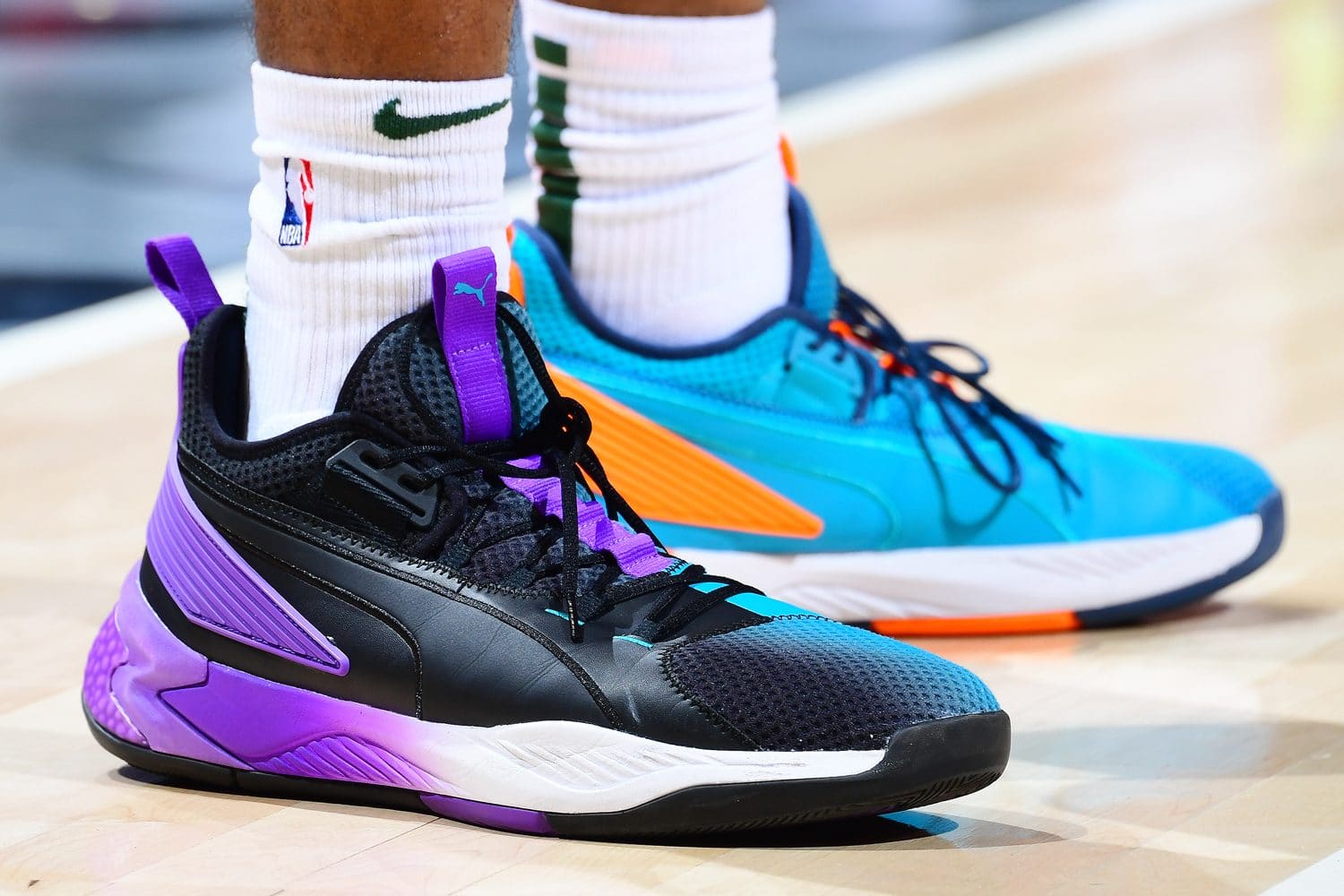 Russell Westbrook and Paul George have serious PE games and both stars brought out some serious head turners on Sunday night.

Brodie captured the attention of sneakerheads as he debuted a Pokemon-themed edition of his Jordan Why Not Zer0.2. The shoe’s colors were drawn from one of the show’s legendary characters, Charizard, and also features Pokemon ball woven labels on the tongue. For PG, he went with two pairs of his Nike PG3 with the latter being a bright red and yellow number. In the same game, Dallas’ Trey Burke reminded us he’s no sneaker slouch as he rocked the Off-White x Nike React Hyperdunk 2017.

In Oakland, Kevin Durant rocked the upcoming “Black/White” colorway of his Nike KD 12 which is slated to drop on April 6 and Stephen Curry wore a tough two-tone grey iteration of his Under Armour Curry 6.

We close out on a somber note with Montrezl Harrell paying tribute to rapper Nipsey Hussle on his Reebok Questions. Hussle was senselessly murdered on Sunday in front of his Marathon Clothing store in Los Angeles.