Gordon Hayward will be entering sneaker free agency in the upcoming months and, according to a report from ESPN, competing brands such as New Balance and Anta have their eyes set on the longtime Nike athlete. New Balance, who just partnered with the Boston Celtics on their new training facility, is reportedly expressing strong interest in Hayward as they gear up to relaunch their basketball division.

One company with strong interest in Hayward is New Balance, which would look to re-launch its dormant basketball category with the Celtics star. The company’s commitment to re-engage in hoops isn’t entirely a secret, as it recently partnered with the Celtics on the team’s new 70,000-square-foot Auerbach Center, the franchise’s new state-of-the-art training facility.

Hayward is entering the second season of his four-year deal with the Celtics. He suffered a major injury to his left leg and foot in the first game of the 2017-18 season. He was playing in the Nike Hyperdunk 2017 Low. 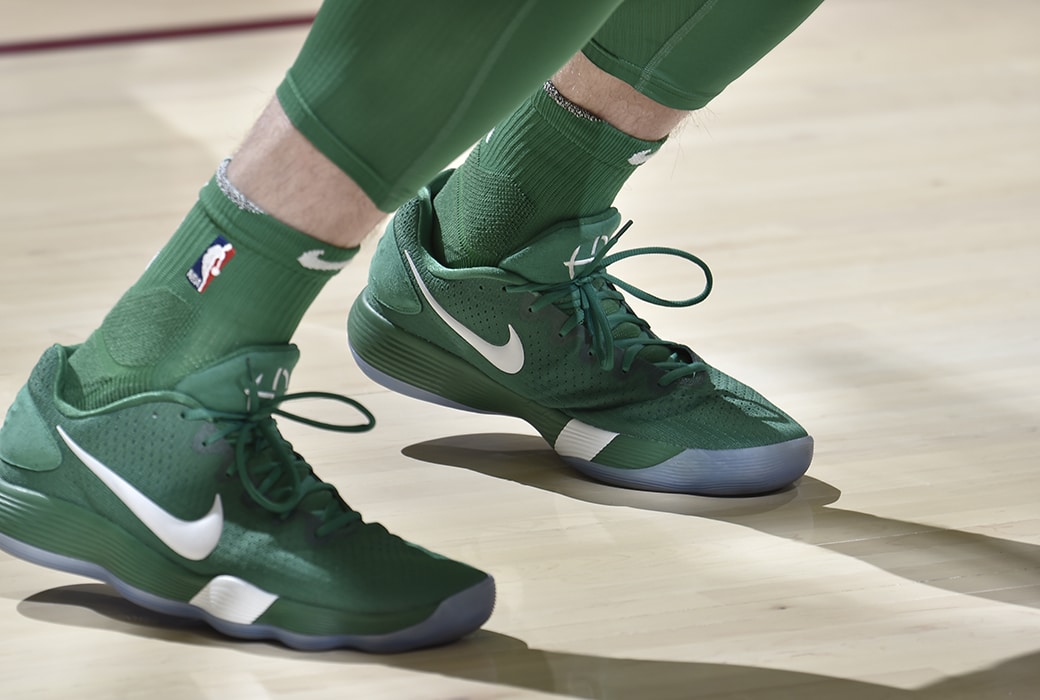