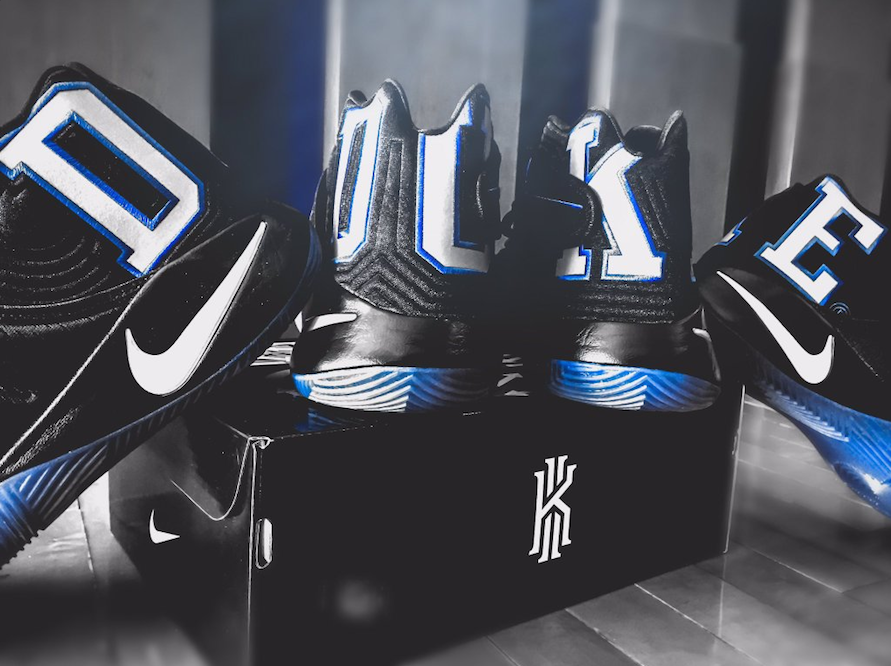 The Kyrie 1 “Brotherhood” was one of the best colorways of the Kyrie Irving’s first signature Nike sneaker, and the Kyrie 2 “Brotherhood” is dropping soon, too. But maybe even better than both of those is the sneaker you see above—a Duke player exclusive that the program revealed on Twitter recently. Kyrie just keeps giving back to the school that he played one partial season with before making the jump to the NBA. Scroll through the photos above and watch the video below to get a closer look at one of the hottest Kyrie 2 colorways yet.

It's a brotherhood. #Kyrie2 Duke PE from @KyrieIrving @nikebasketball pic.twitter.com/WnFbSVS8CP