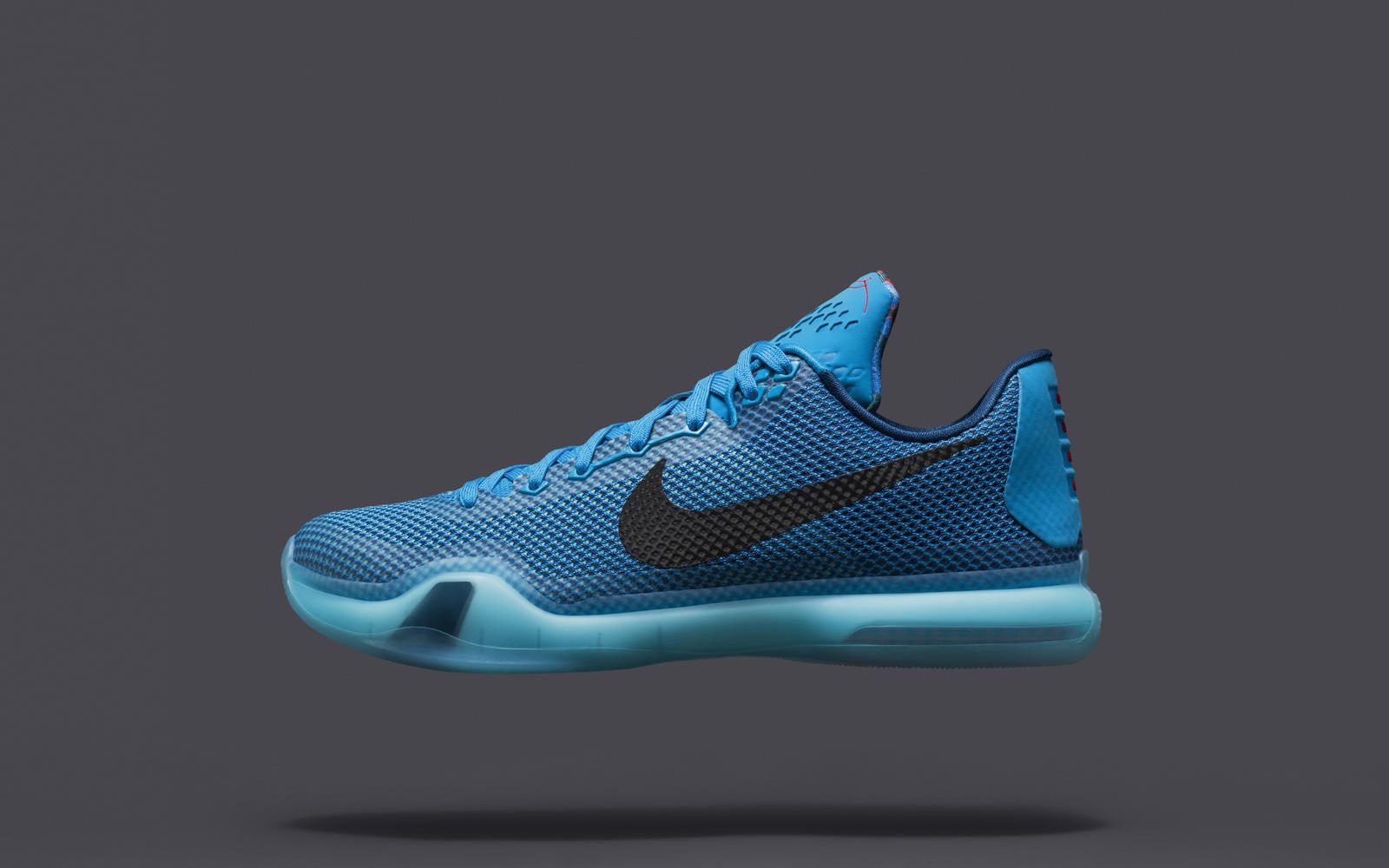 It’s official: The Nike Kobe X is here. Above you can peep some images of the shoe, which drops February 7 in its first colorway, “5 AM Flight.” Four more colorways are on their way, too. Here’s a little more info on the sneaks, courtesy of Nike:

Superior functionality is often driven by a less-is-more design philosophy where the whole is greater than the sum of its parts.  The KOBE X blends three essential performance elements crafted into a clean, minimalist form.

Working with Bryant for a decade has equipped designer Eric Avar to push the limits and help shape the footwear industry.  From his 2008 Hyperdunk design that redefined basketball shoe materials and design, to the 2009 KOBE 4 design that introduced a low silhouette and sparked major debate, to the 2014 KOBE 9 featuring Flyknit technology for the first time in a basketball shoe – these are just a few examples of Avar and Bryant taking design to new and unexpected places.