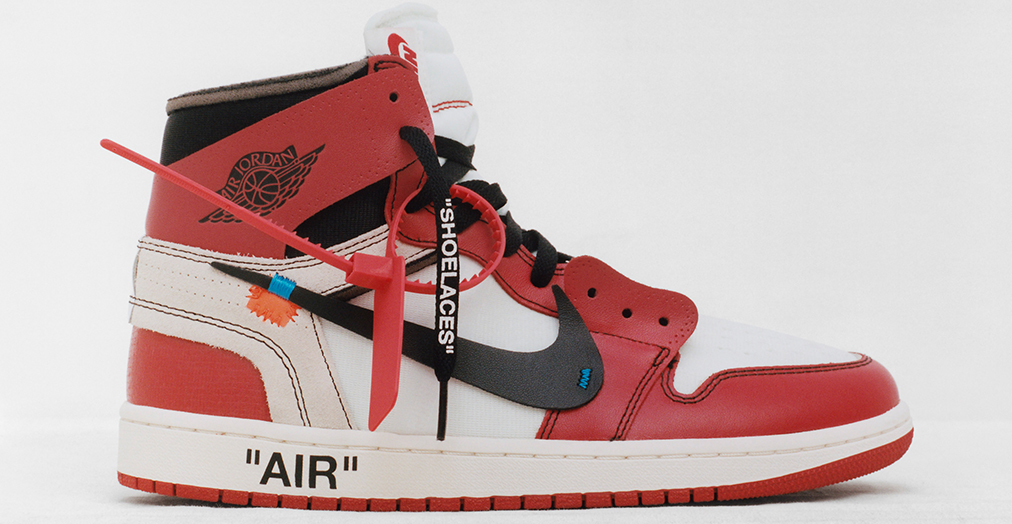 Virgil Abloh was growing up in Rockford, IL when Michael Jordan and the Bulls were dominating in Chicago. It takes about two hours to get from Rockford to the Windy City, but Abloh was picking up all the inspiration he needed through the television.

“We were enamored with Air Jordans,” Abloh said, via Nike. “Michael Jordan was larger than life — he was Superman to me. My entire design background and ethos came from the ‘90s.”

Abloh crafted that design style into OFF-WHITE, the highly successful clothing company that’s seen on actors, musicians and athletes. He’s teamed up with Nike to reimagine 10 of the Swoosh’s iconic silhouettes. Nike said, via press release:

During [Abloh’s] first visit [to Nike headquarters], he rebuilt a pair of triple-black Air Force 1 Low shoes using an X-ACTO knife and drew on them with markers.

From that initial trip in October 2016, Abloh’s goal has been to share his vision, crafted in the ’90s, with a post-millennium audience. “These 10 shoes have broken barriers in performance and style,” Abloh said. “To me, they are on the same level as a sculpture of David or the Mona Lisa. You can debate it all you want, but they mean something. And that’s what’s important.”

The 10 sneakers he redesigned are split into the “Ghosting” and the “Revealing” categories.

The release schedule for The Ten is:

The full collection including all ten silhouettes will be available in November at NikeLab stores and select retailers worldwide.