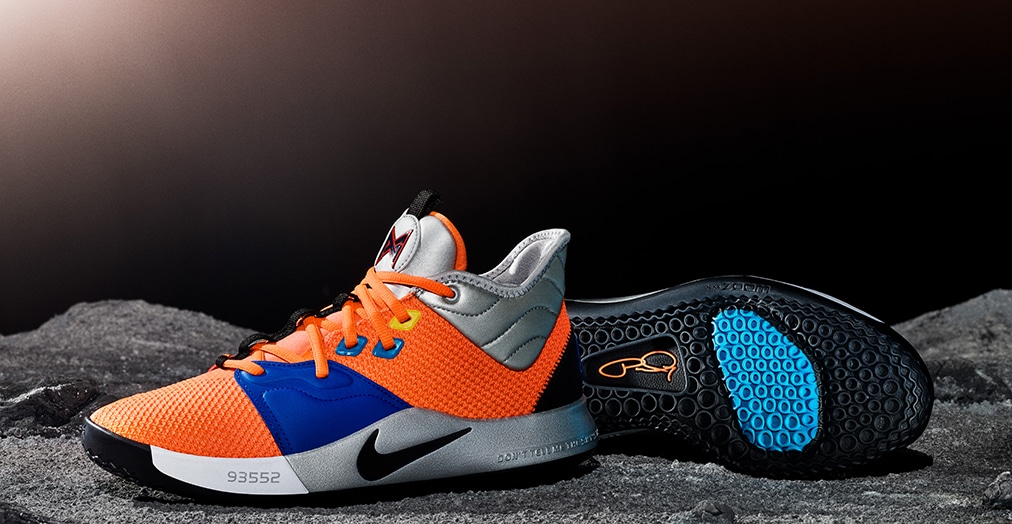 The Nike PG3 is officially here and its debut colorway is a direct shout out to the NASA facility that’s located in Paul George‘s hometown of Palmdale in northern California.

The limited-edition colorway has a bright orange mesh upper, along with a collar that was created with spacesuits in-mind. NASA-specific accenting can be seen across the rest of the sneaker, including logos on the heel and the tongue. 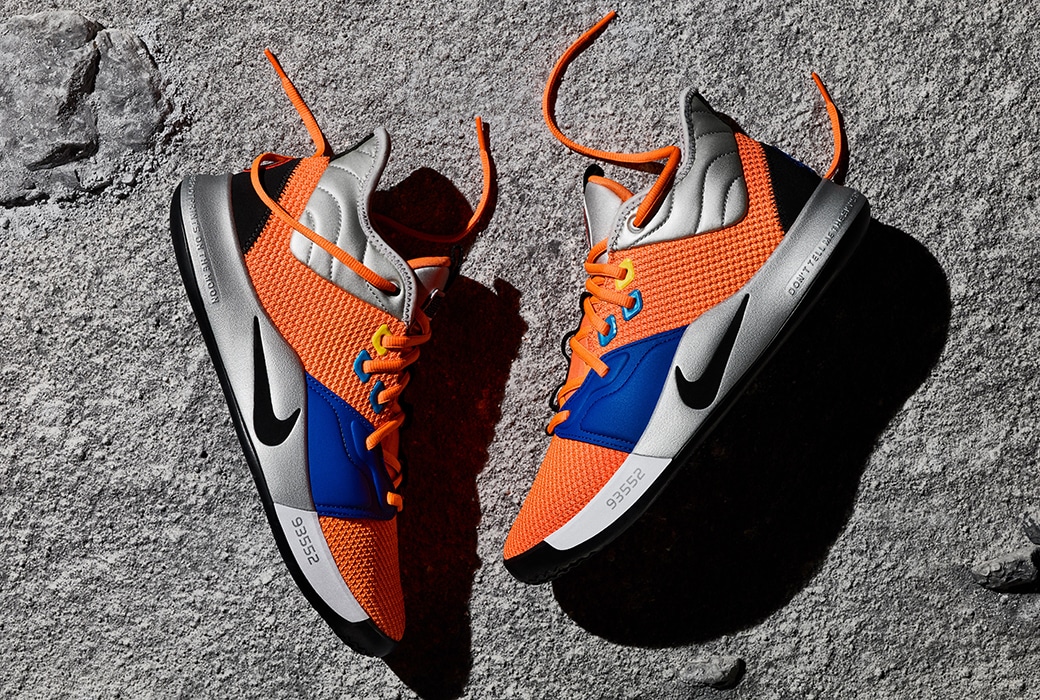 Tony Hardman, the man who has designed all of George’s signature silhouettes, says that the PG3 is all about advancing no. 13’s game.

The PG3 is lighter because Hardman cut out unnecessary material. Some of the main tech in the PG3 includes a forefoot Air Zoom bag and synthetic wings located in that area too.

“Reducing the weight suits his style of play,” Hardman says. “He’ll set and pop from three off of his forefoot, and he’s doing a lot of cutting and slashing from the balls of his feet, both offensively and defensively. That softer midsole foam and the forefoot Zoom Bag help him to generate more speed.

“When you don’t need to fuse or laminate those support elements, you can keep the upper softer and sock-like,” Hardman says. “That’s what the forefoot wings do. The upper can work underneath, but the wings still lock you in.” 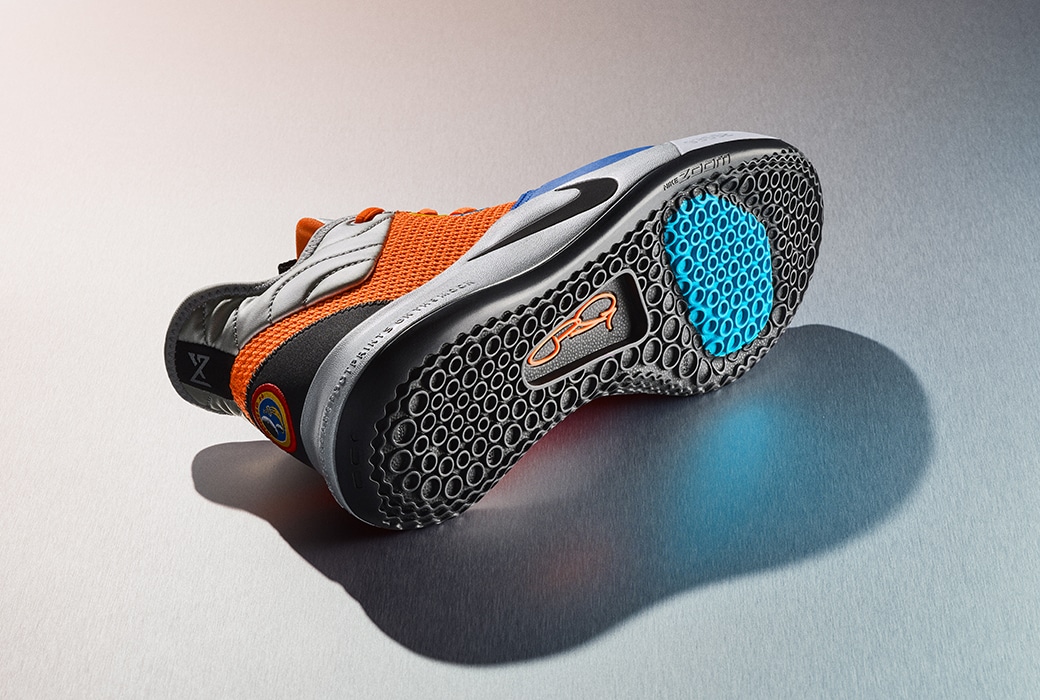 The PG3 is rounded out by one of George’s favorites quotes: “Don’t tell me the sky’s the limit when there are footprints on the moon.” 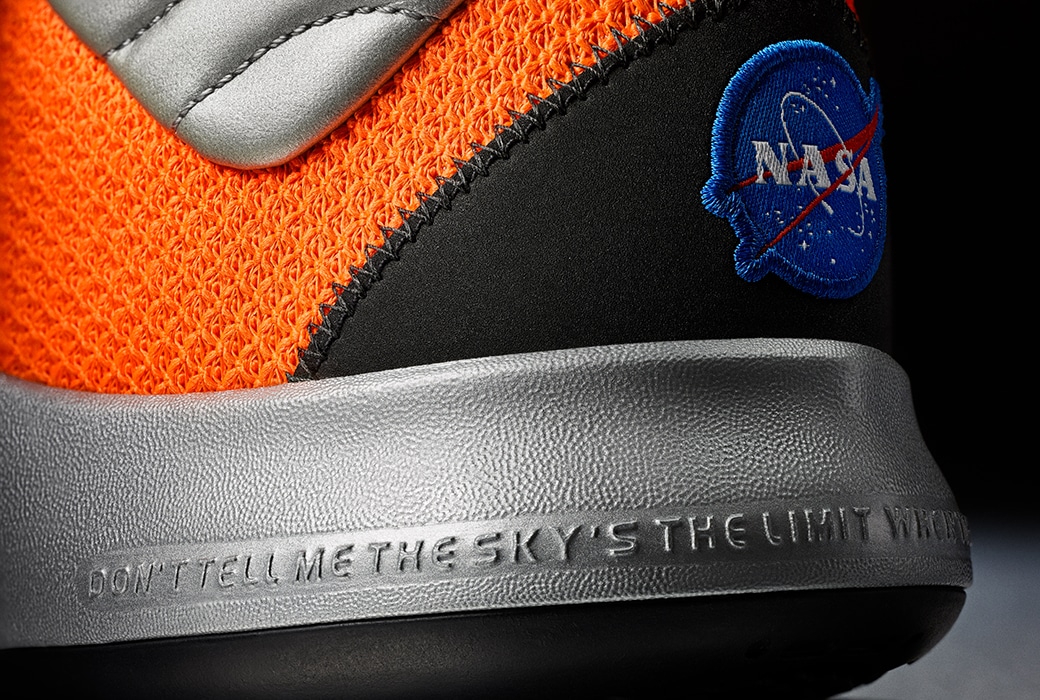 The “NASA” PG3 will receive a limited drop on January 26.