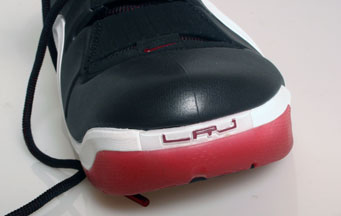 Fri-Day! New feature time. We’ve been putting up a Kick of the Day, just a photo of a shoe and it’s name, all of which could be found in SLAM presents KICKS. That was the summer issue though, and summer is over. Kicks of the Day will now come from out of the latest SLAM issue, with a new shoe and several looks at that shoe. Click on next page to see another angle.