To get things started, below are our eight hottest sneakers of 2018 (so far). Let us know your thoughts in the comments. 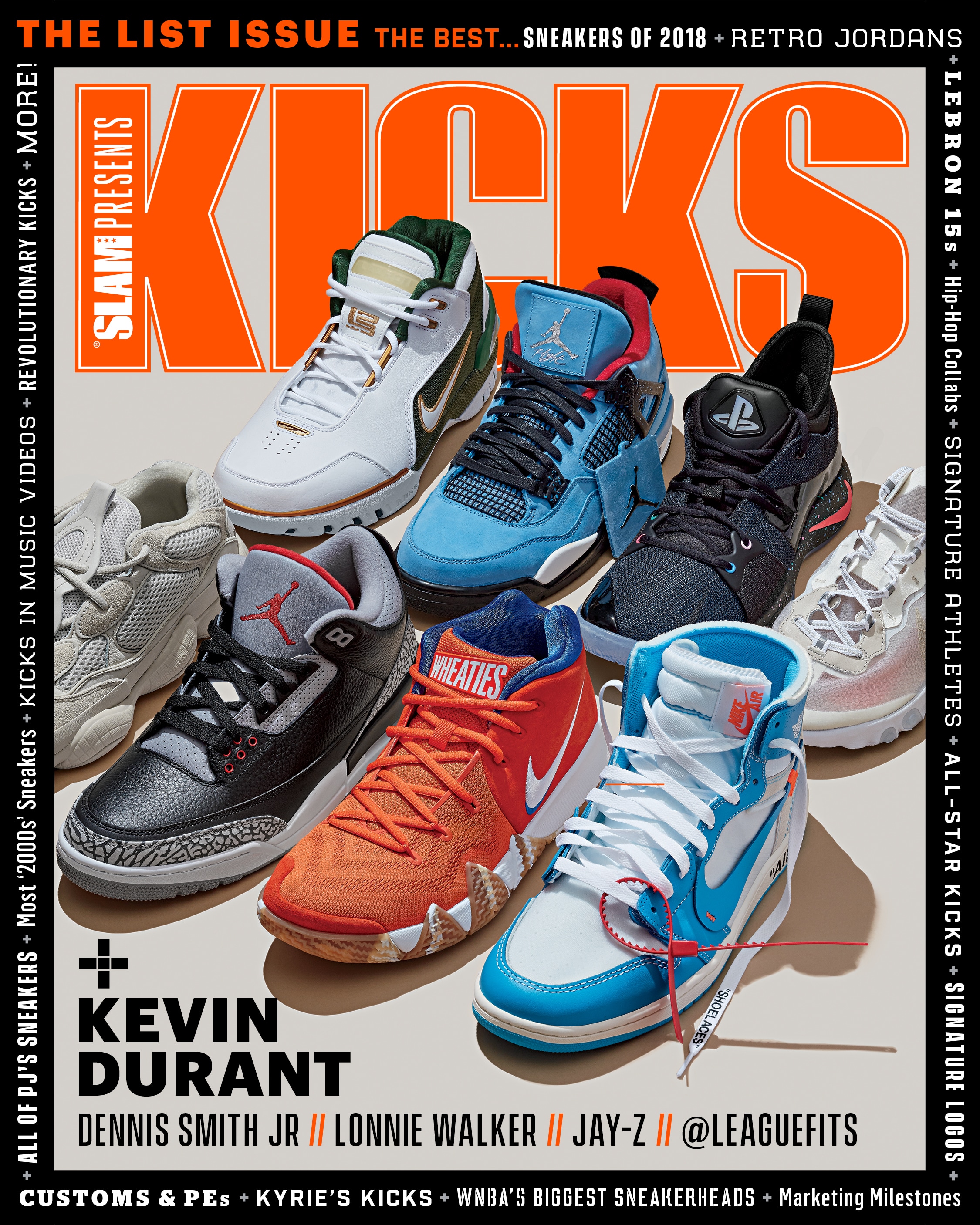 Travis Scott threw a tribute to the Houston Oilers onto his first-ever collab with the Jordan Brand. Their blue and red uniforms had Scott hooked as a kid, and even though he was only 4 years old when the Oilers left Houston, that wavy colorway was rooted in his brain. Along with the Oilers palette, these feature the “Cactus Jack” logo on the left heel, suede material throughout the upper and speckled accenting. The Air Jordan IV is having another moment in the sun. KAWS did it up twice, dropping an all-black version and an all-grey joint. Levi’s has had three renditions of the IVs release in the past year. But they haven’t touched the “Cactus Jack” adaptation. La Flame’s had the best drop of 2018. 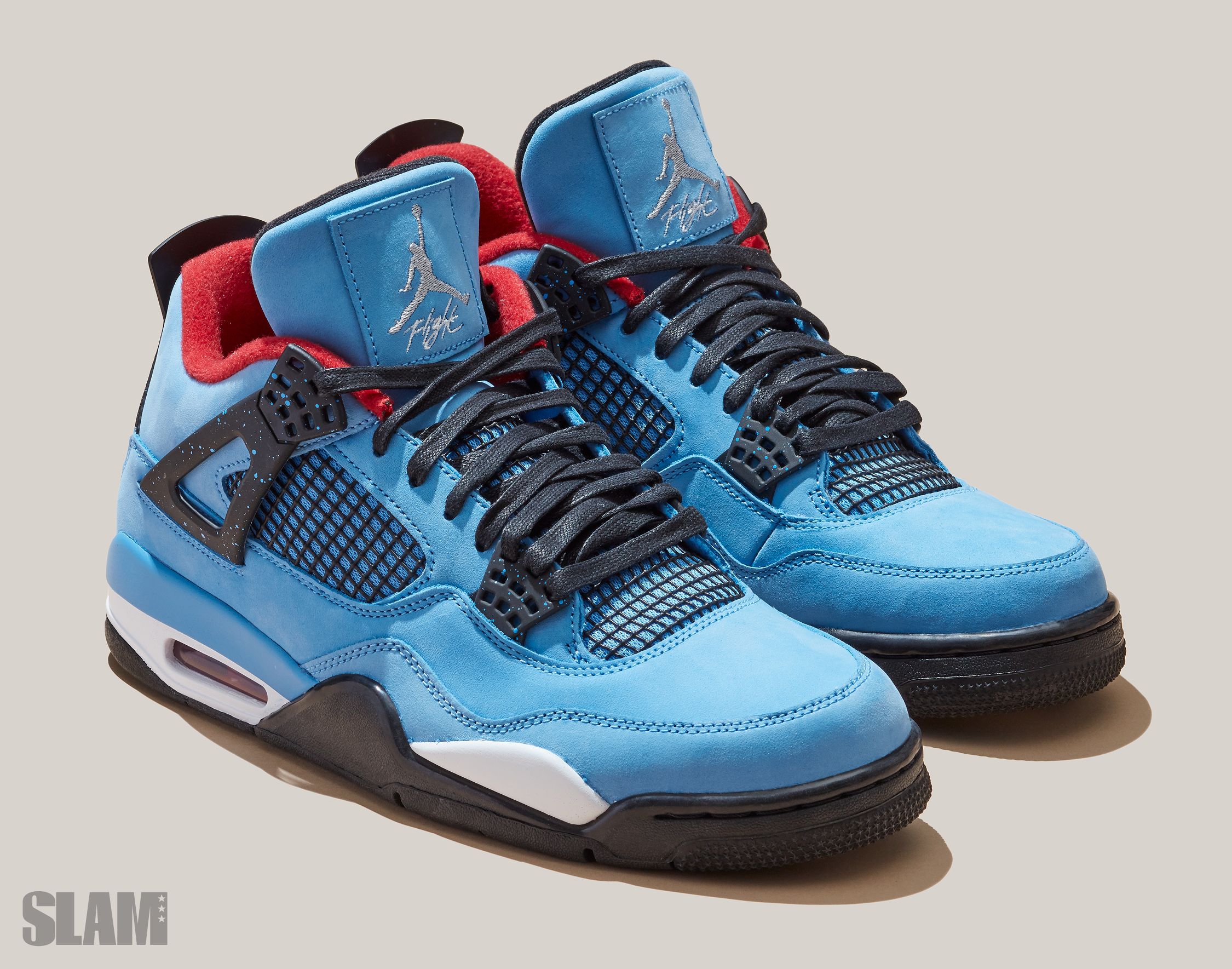 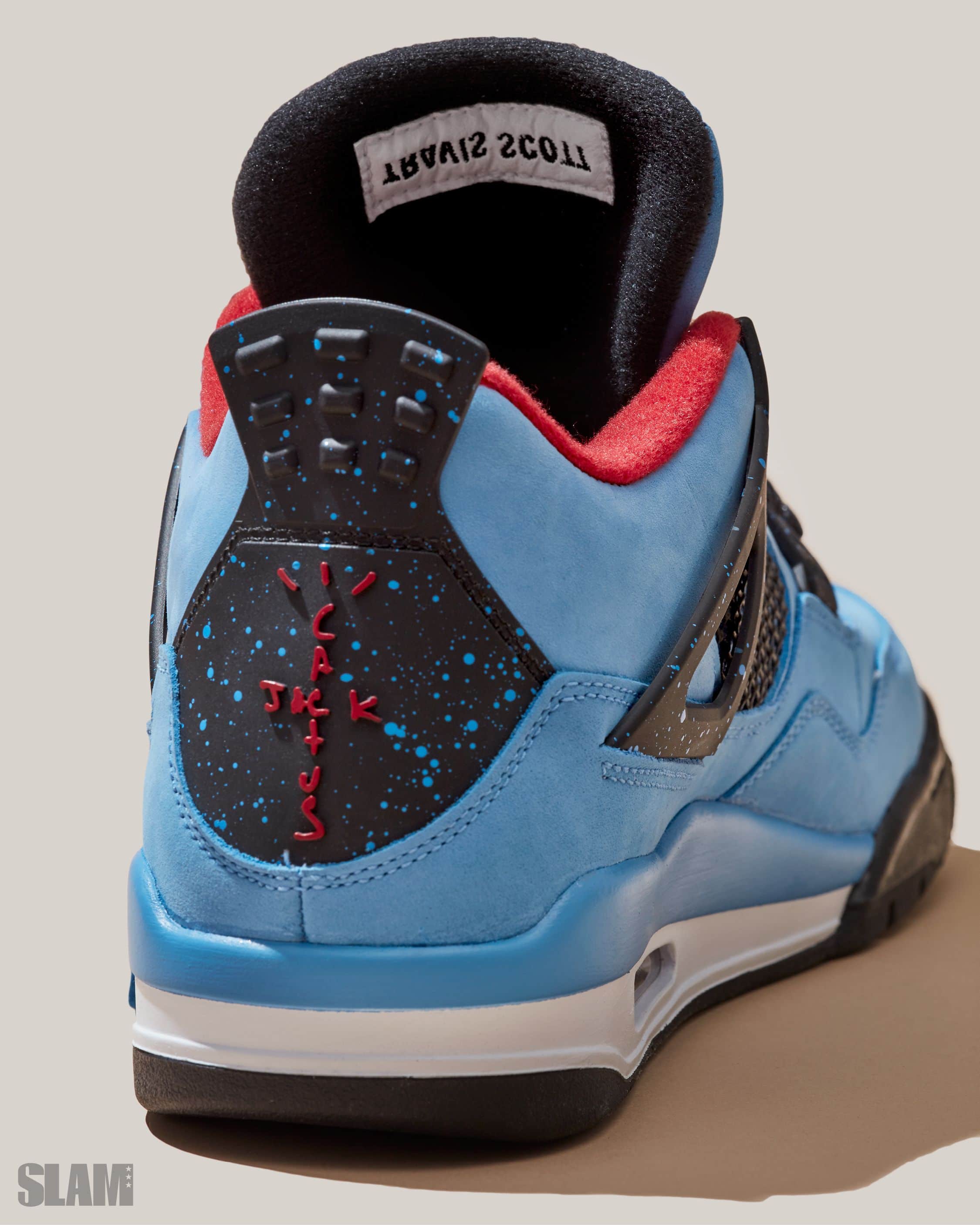 Virgil Abloh’s collection with Nike has taken over the feets. He’s remixed classic silhouettes with the addition of labels across the shoelaces, midsoles and medial sides of each pair of his designs. “The Ten,” the first chapter of his collab with Nike, was made out of more simple white-based and black-based kicks. The “UNC” I, featuring a cold tribute to the light blue color scheme, has had people fiending. Its white and blue palette is complemented by Abloh’s famous zip tie and an extra orange stitch at the top of the Swoosh. Abloh’s designs are meant to look like they’re still going through the editing stages. TTP. 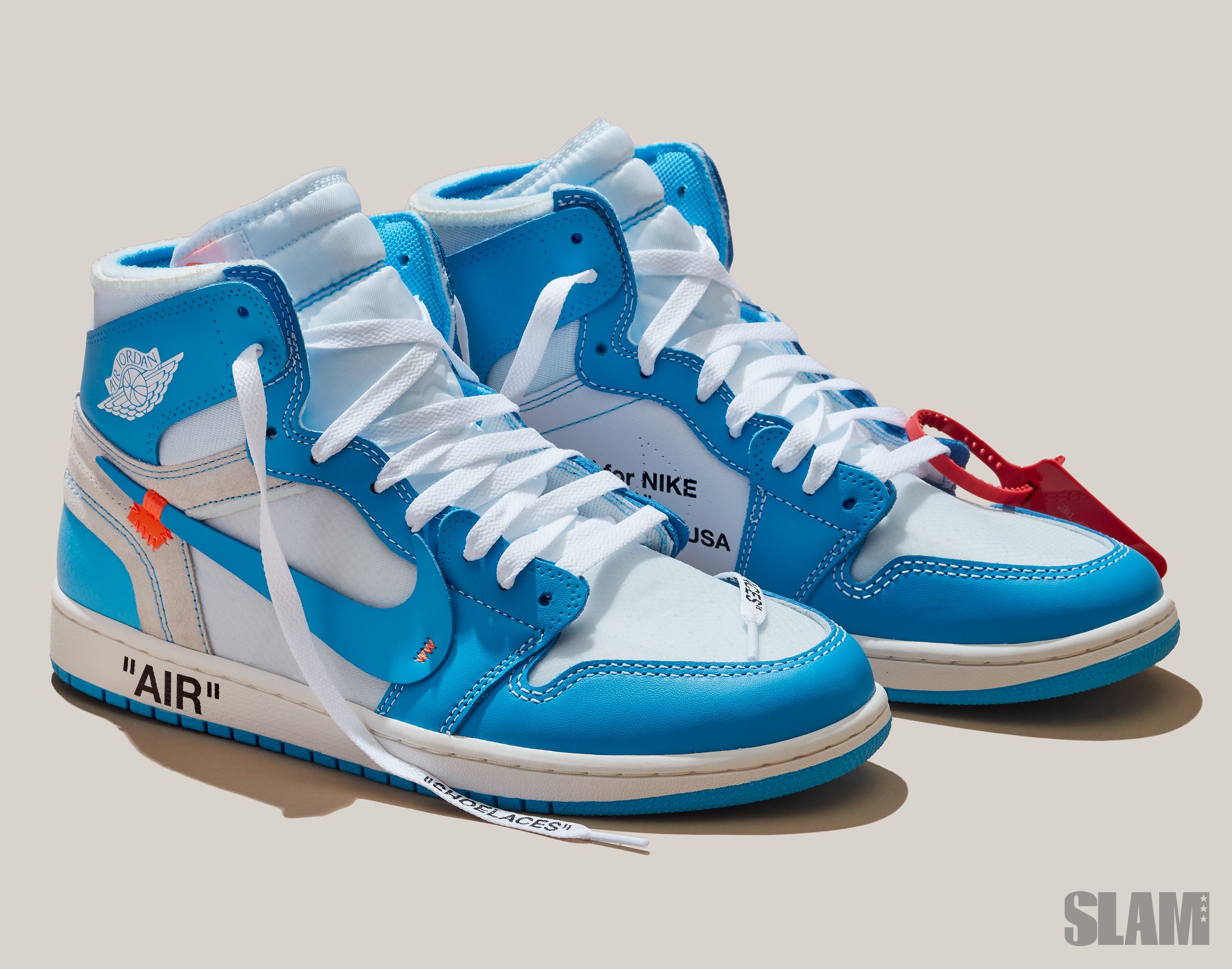 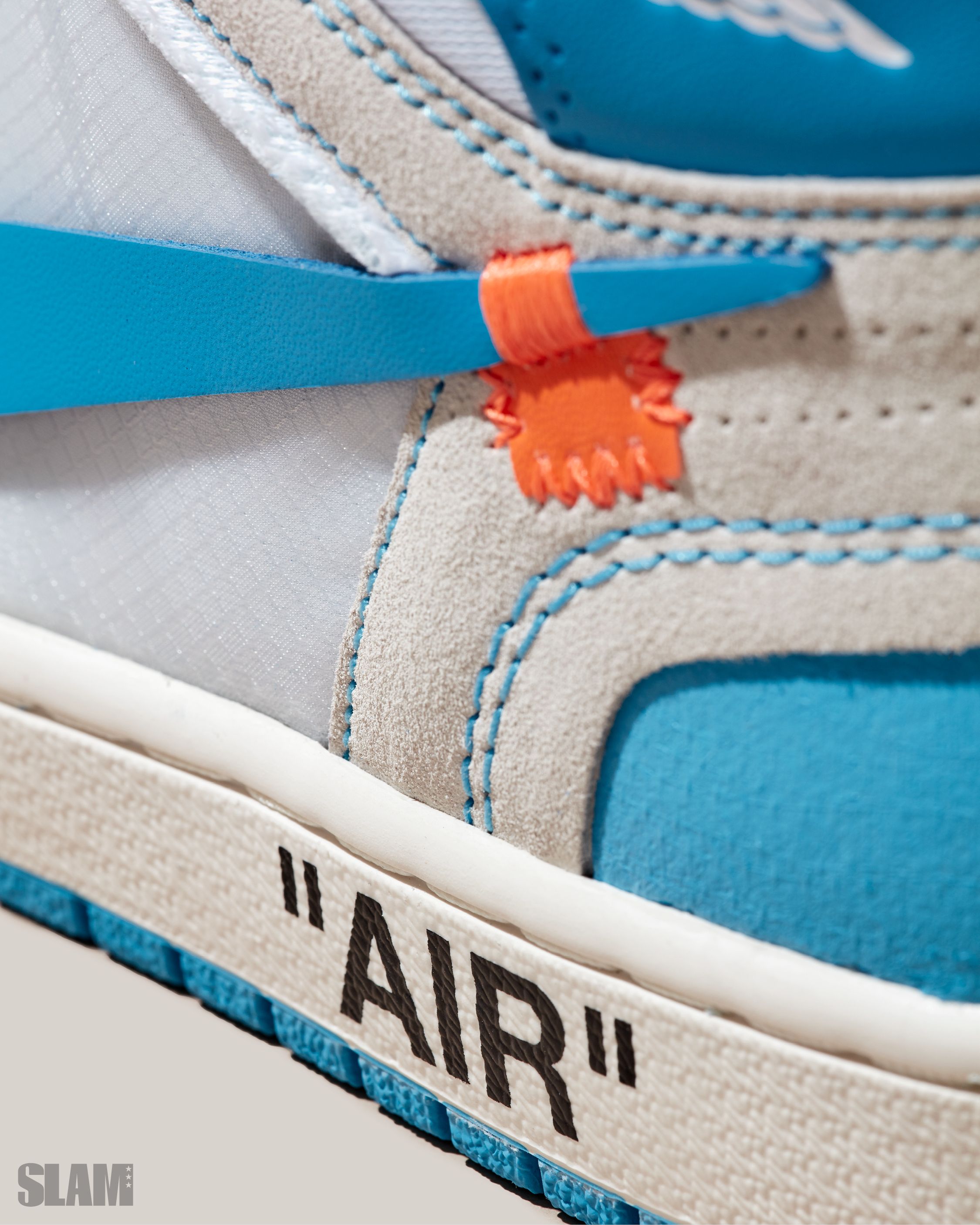 The AJ III launched the world’s biggest sneaker empire. Michael Jordan was ready to walk from Nike, unhappy with the direction of the brand. Then Tinker Hatfield showed him the elephant print, tumbled leather, a revolutionary mid-cut height and a visible Air bubble. And the Jumpman logo.

Mike was unstoppable when he was wearing it, capturing the scoring title, the regular season MVP, All-Star Game MVP and the Defensive Player of the Year award for the ’87-88 season. The “Black Cement” colorway is now legendary. Its black base, red accents and use of elephant print all add up to an unbelievable sneaker, still absolutely perfect during its 2018 re-release. 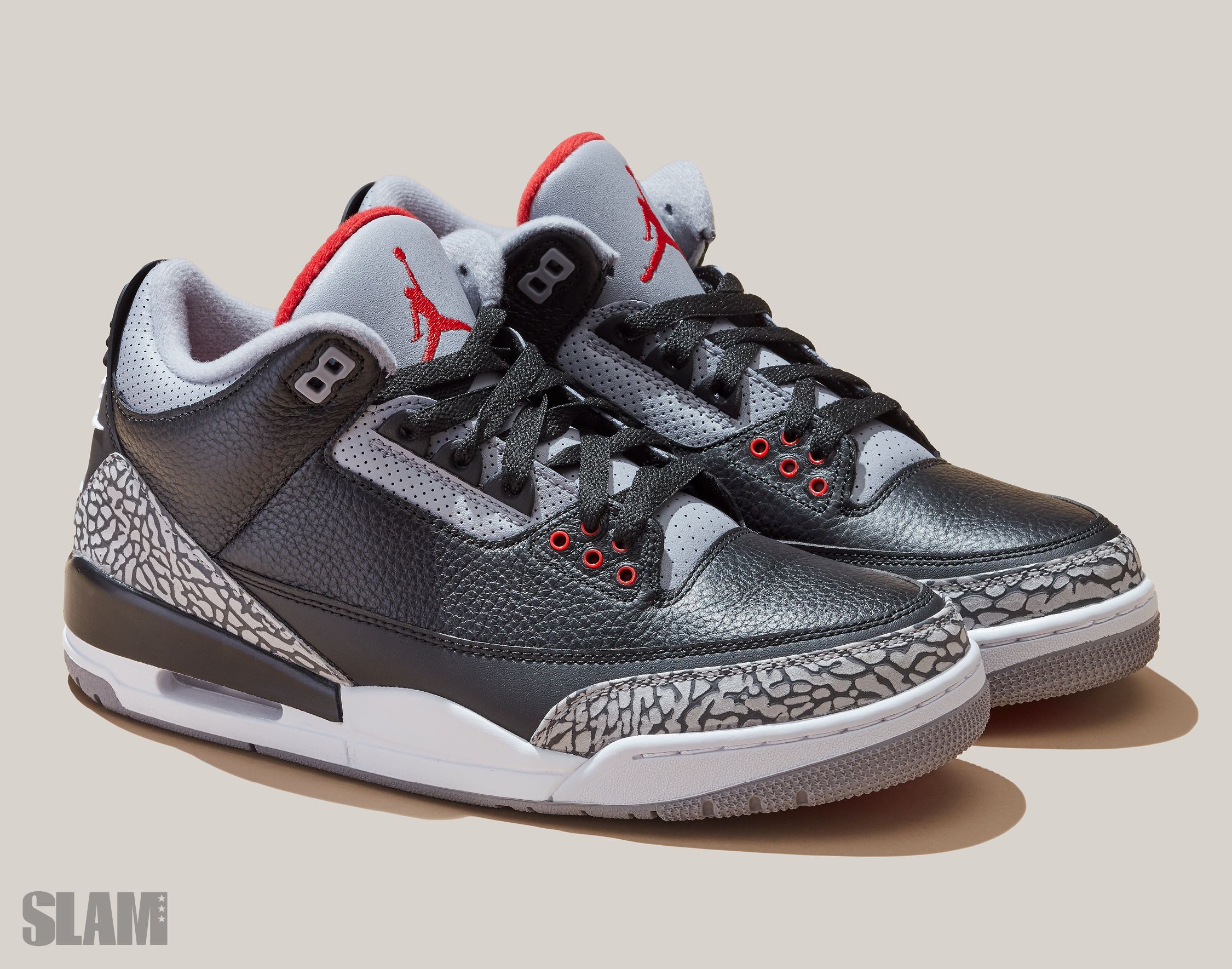 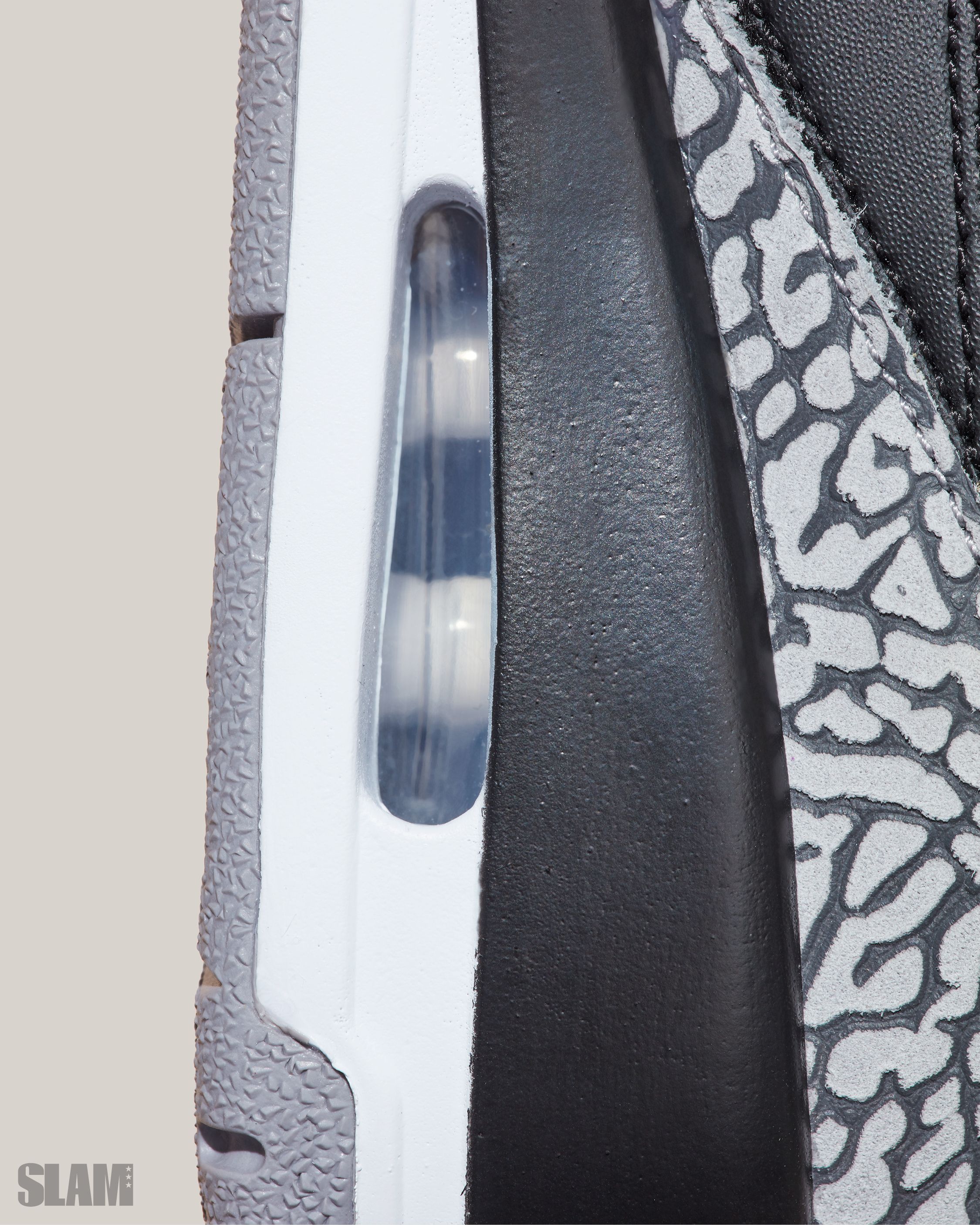 Kyrie Irving’s creative with his colorways, and so far the height of his imagination has been the “Wheaties” Kyrie 4. Super-rare with only 100 made, the “Wheaties” were cooked up in honor of Irving’s feature film debut, Uncle Drew. All good ballplayers gotta eat their Wheaties, young blood. Jayson Tatum was the first to wear them on-court as pairs slowly filtered out to WNBA stars, Irving’s former teammates, a handful of celebrities and a few lucky sneaker journalists. They come complete with the Wheaties logo on the left tongue, a suede upper, blue trim and a gum/white bottom that’s meant to mimic cereal. This colorway wasn’t for sale and was distributed in a giant cereal box that also had a spoon, bowl and a box of cereal. 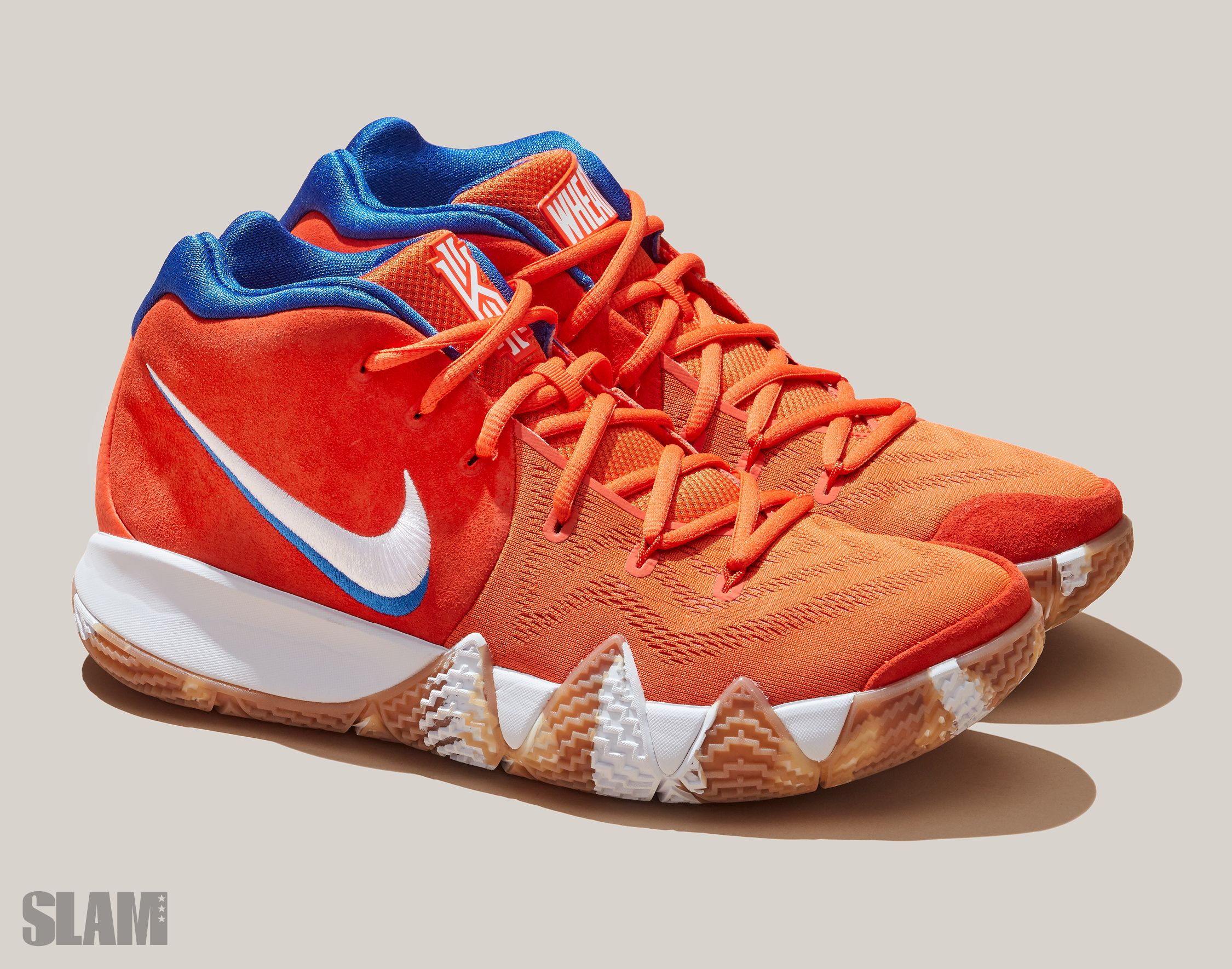 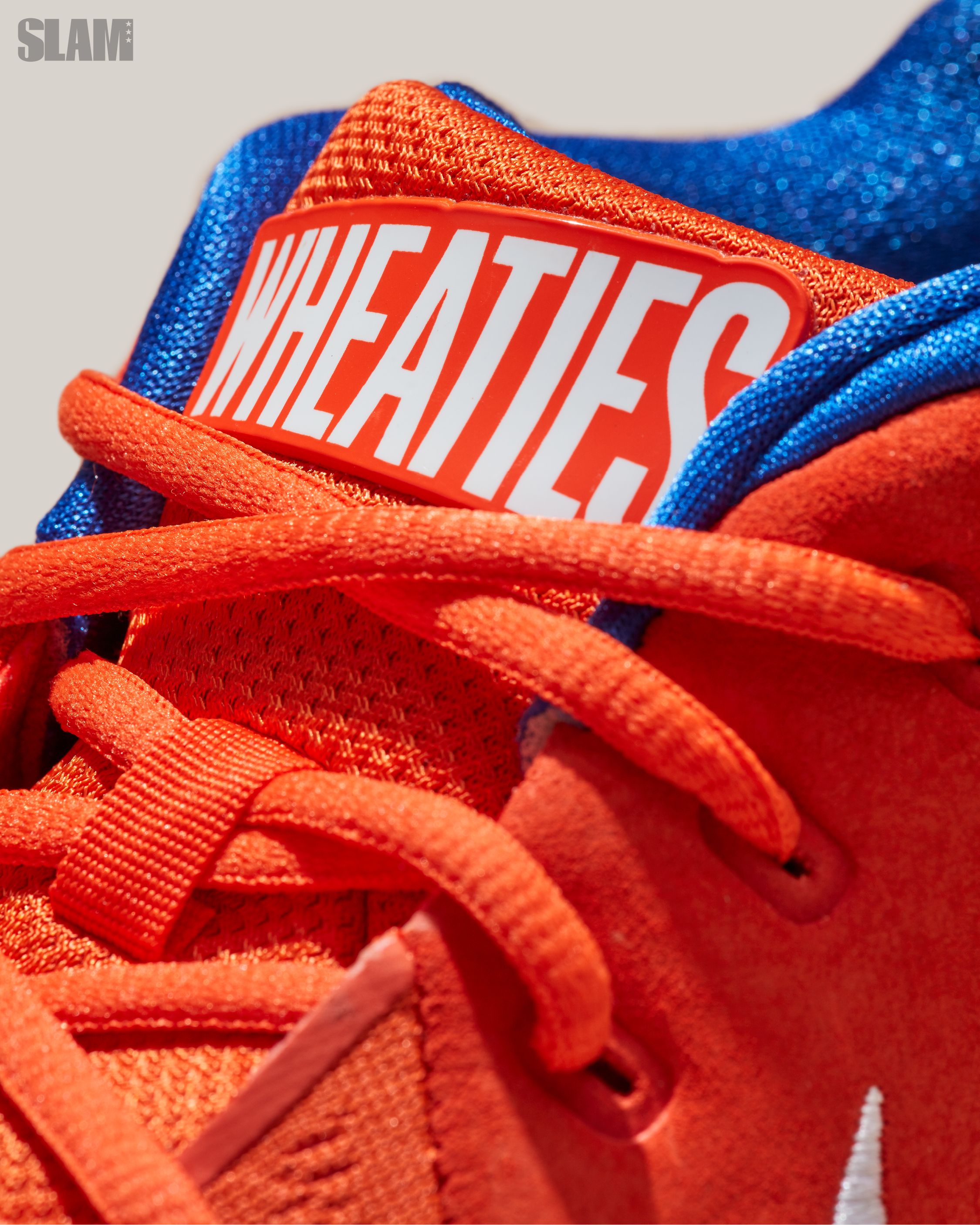 LeBron James blasted the “SVSM” Air Zoom Generation out on his (always-incredible) IG story in early January. When we reposted them on Twitter, he quote-tweeted us, teasing a possible release. This colorway, at that moment in time, was only a sample. When Bron hinted at a drop, it was in the middle of a heavy AZG push. His first silhouette was coming back strong, with four previous colorways released. The “SVSM” joints, which nod to LeBron’s high school in Akron, OH, where he rewrote the record books, got a quickstrike release five months after that social media moment. The sneaker’s green and white is complemented by hints of gold throughout, including a gold-bordered Swoosh. Long live the King. 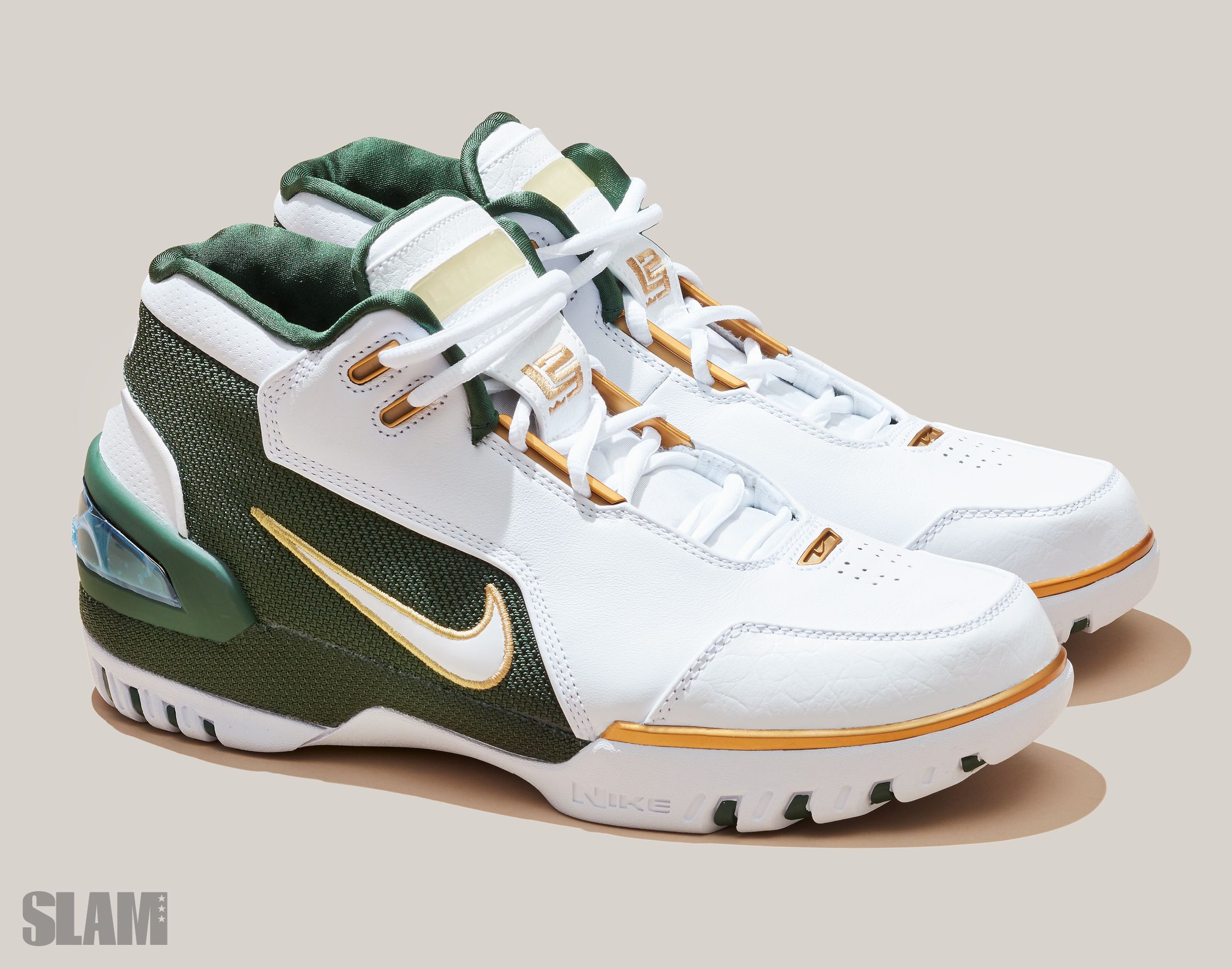 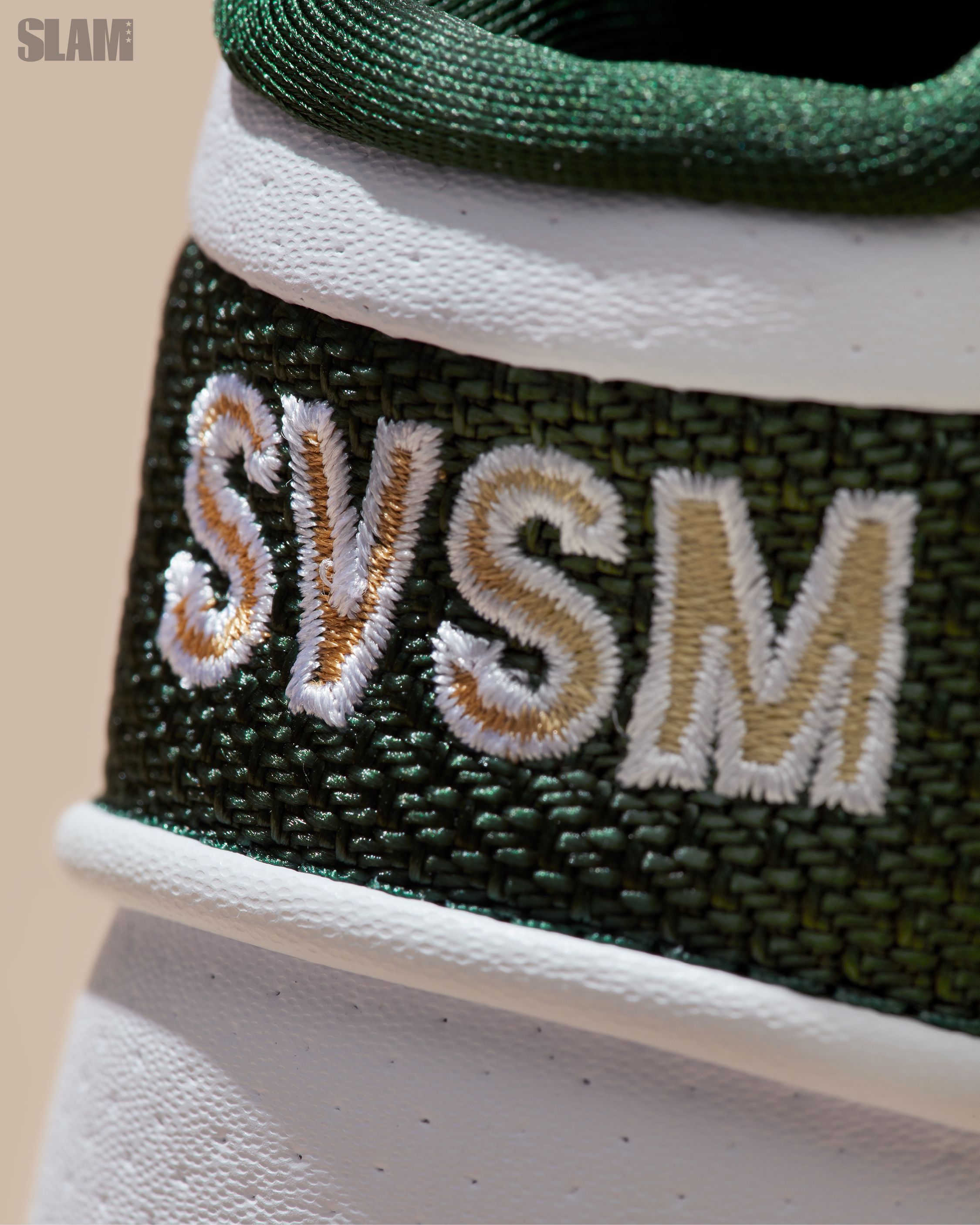 The first time Paul George wore his second signature sneaker was in Cleveland, pouring in 36 points. He looked like he was playing a video game out there, scoring from every angle, hitting impossible shots off the dribble. The “PlayStation” PG2 was on-foot for that game. It’s a kid’s dream come to life. Light up logos on the tongues, icy outsole and a couple of callbacks to PlayStation. There are four different color Swooshes across the left and right sneakers, referring to the PlayStation controller. Same goes for the sneaker’s eyelets and speckled midsole, done up in PlayStation colors. Details go extra hard on the sneaker’s heel wrap, where the PlayStation buttons can be seen in a pattern. Nike kept this release limited, guaranteeing the “PlayStation” PG2 its time to power up. 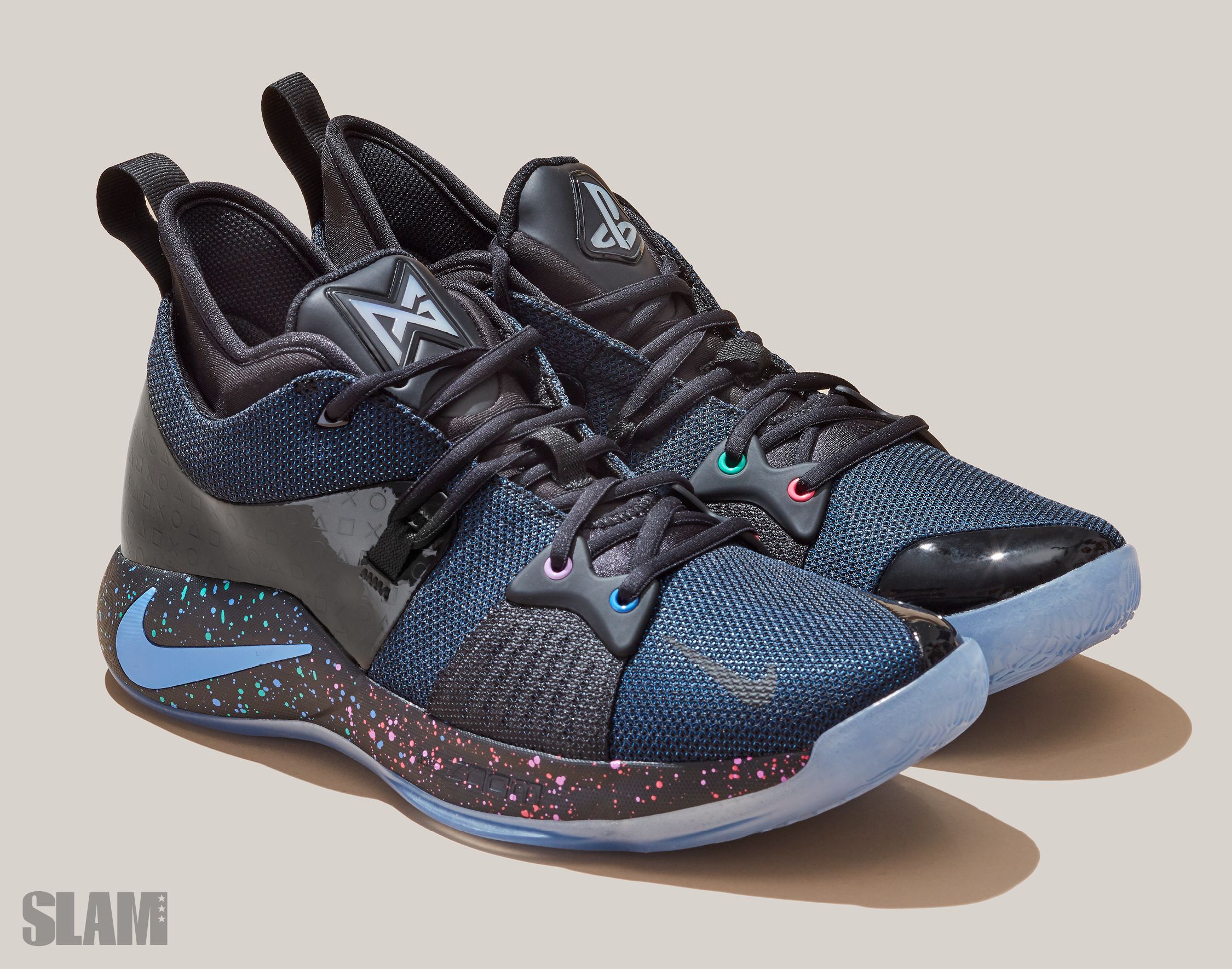 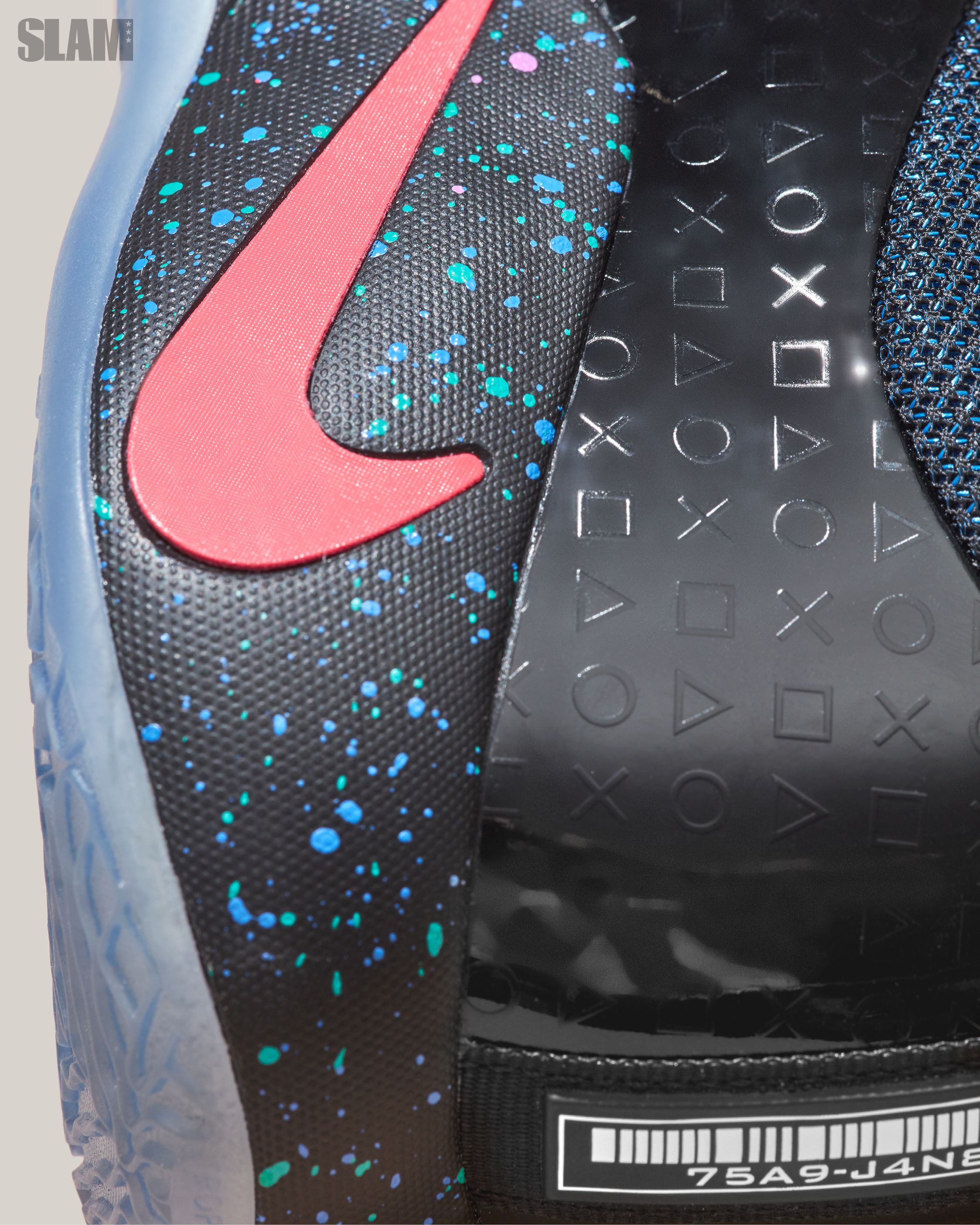 Kanye’s a certified sneaker legend. Read on and you’ll see that he’s been flexing rare pairs since his earliest music videos. He’s now deep into the signature sneaker game, with his own kicks from two different brands. His best release of 2018 has been the “Blush” Yeezy 500. The low-cut sneaker makes use of leather, suede and nubuck. There are mesh vents across the upper and an outsole that was inspired by the Black Mamba’s KB8 3 model. Ye wore these at All-Star Weekend and Nick Young brought ‘em to MSG a few days later, but their extremely limited release has given them an extremely high value on the resale market. “20 Gs for the Yeezys off of eBay…” 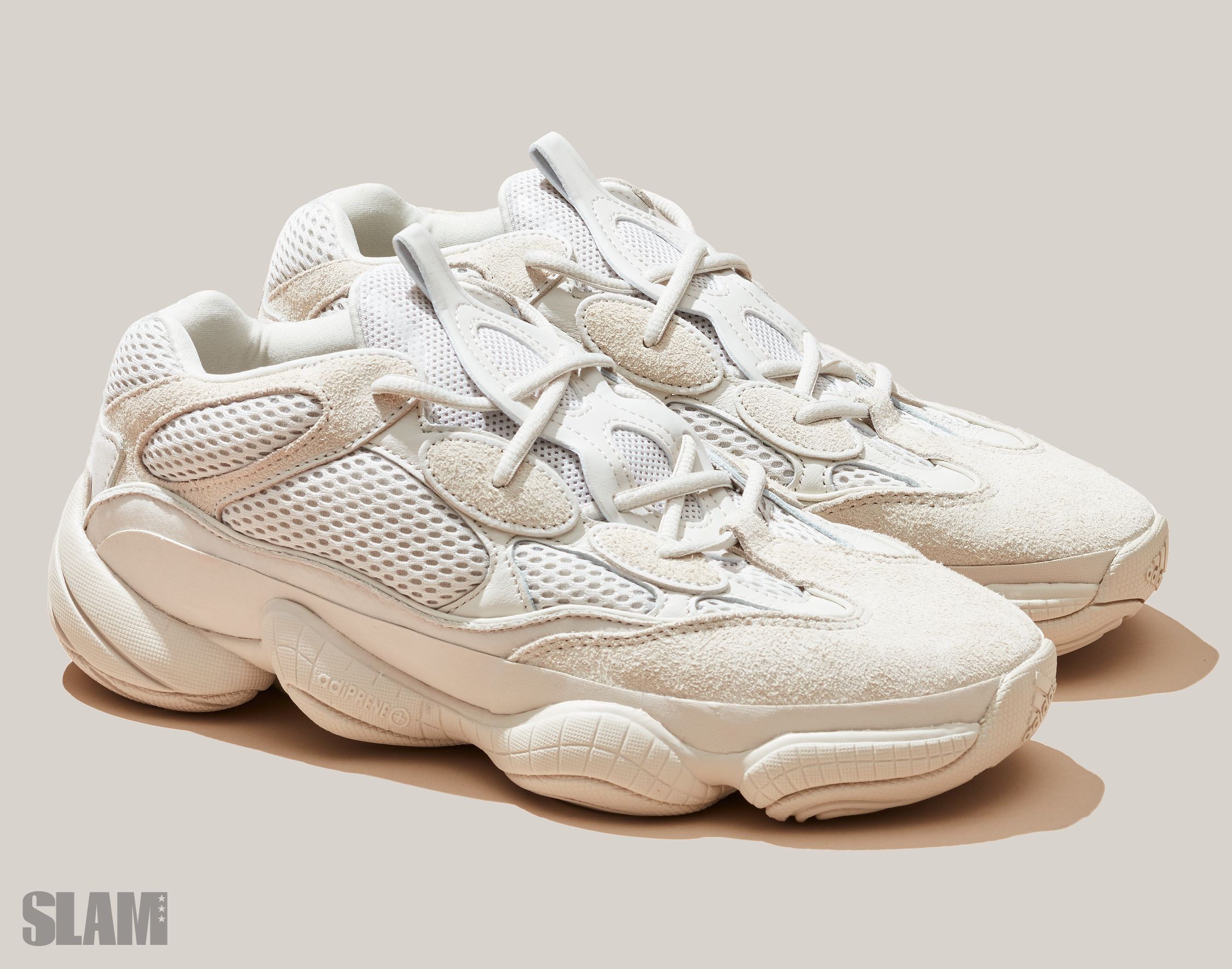 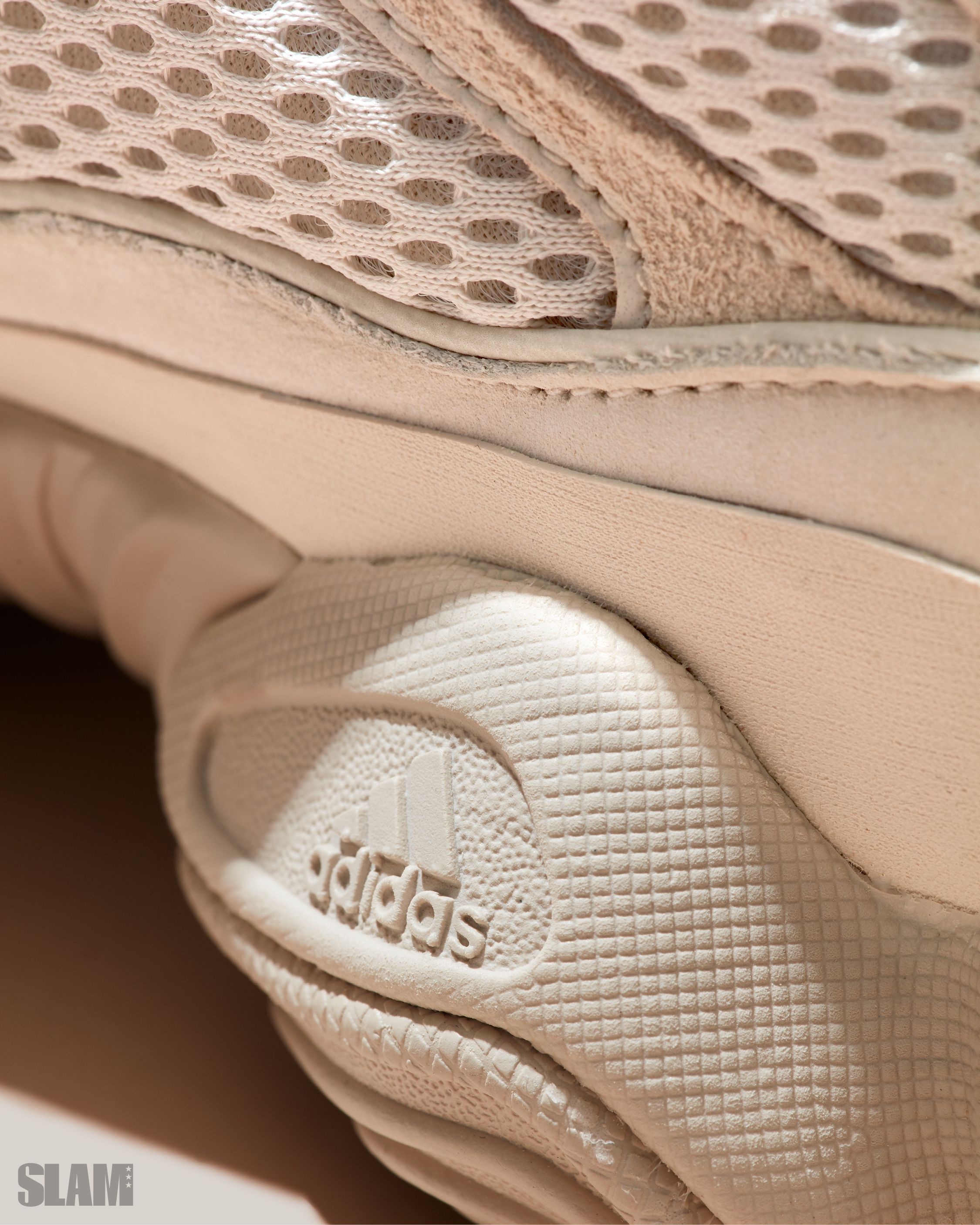 Before the Swoosh adapted their React cushioning technology for basketball silhouettes and running sneakers, it was meant to serve as the base for lifestyle kicks. The original vision didn’t have anything to do with performance models and more than a year after React was launched, the Element ’87 delivered on that concept.

Sitting on top of the React midsole—which is Nike’s cutting-edge tooling, bringing energy return to new levels—is a translucent upper. There’s rubber finishing on the outsole and hits of suede across the upper, too. The Element ’87 is being looked at as a stepping stone for sneakers of the future, as it should be: It’s successfully combined style, comfort and innovation into one silhouette. 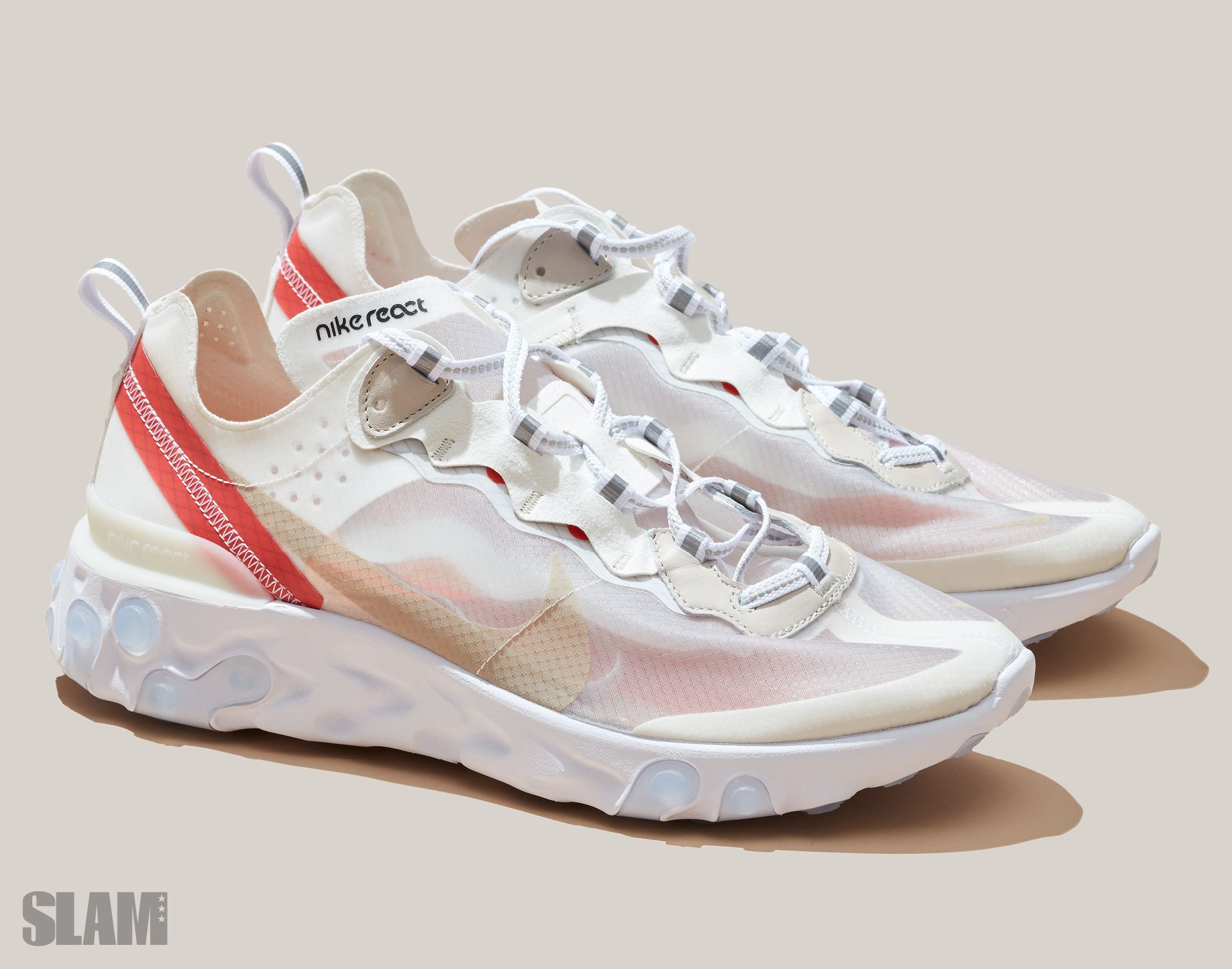 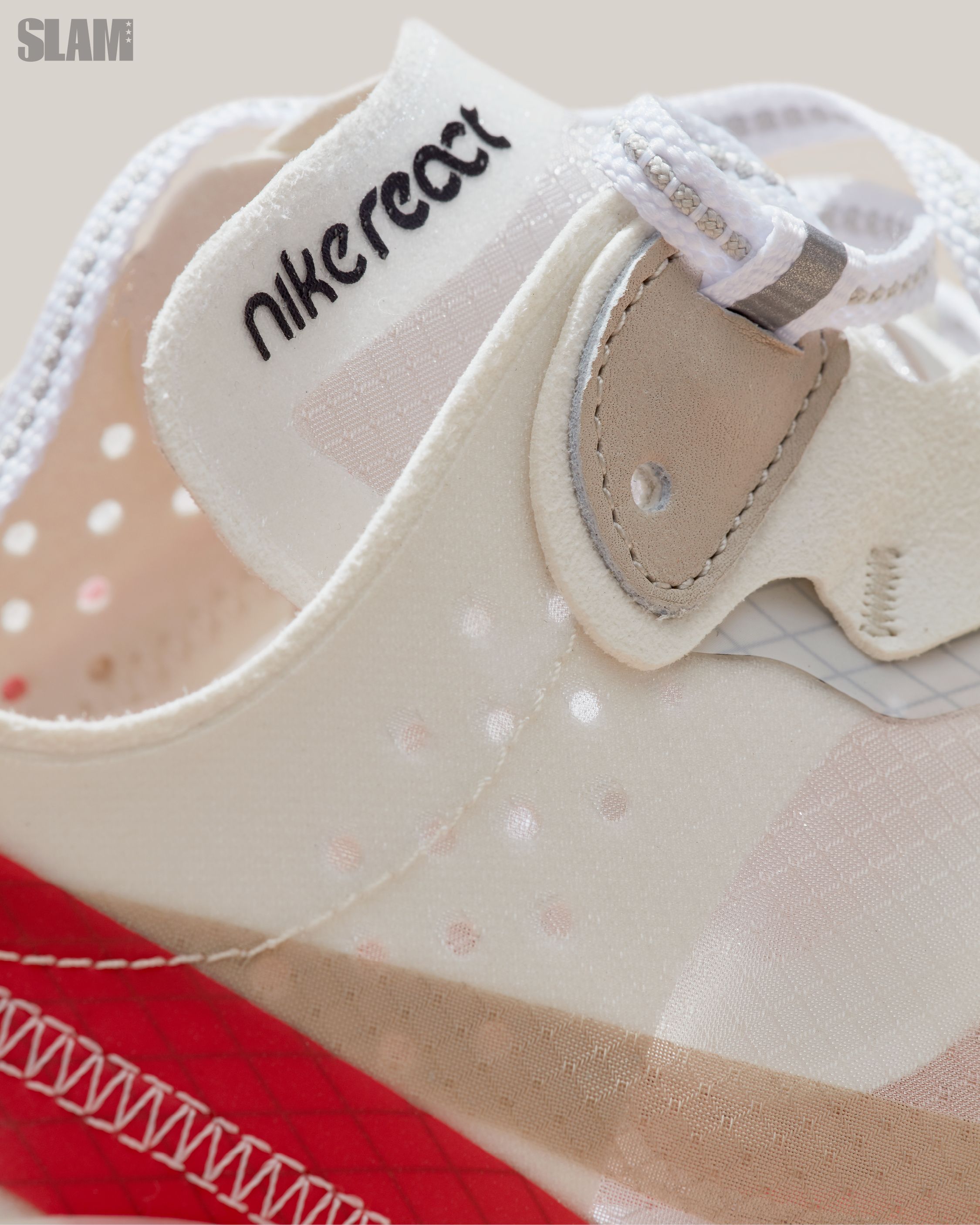