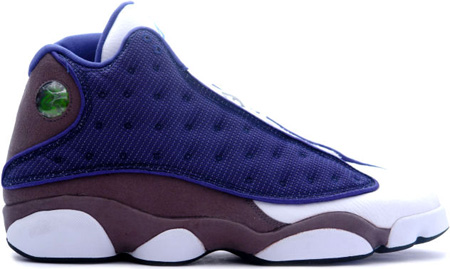 Take a look at the date and think about this for a second: we’re almost a third of the way through 2010.

It’s flying by, isn’t it? I find that the first half of the year always does. You stretch Christmas into New Year’s, there’s the buildup to All-Star weekend, the Super Bowl, All-Star, the trade deadline, March Madness, the NBA Playoff push and then bam — the Playoffs are here and the last three months have gone by just as fast. The NBA unfolds through April, May and part of June, then it’s the draft. By the time The Incredible Super-Extravaganza Edition Of NBA Landscape Reshaping hits (July 1), we’re past the halfway point in this year.

The point of this, you ask? Where do the sneakers come in, you wonder?

Amidst all of what’s happened and what will happen in the next few weeks and months, this year is proving to be a solid, solid one for sneakers. Think about what’s  come out already. The Jordan 2010, the Kobe V, LeBron VII, adidas’ Supernaturals, multiple colorways of the Jordan VI retro and some interesting retro Tai Chi makeups are some of my favorites, with what feels like tons more coming before Christmas.

With the grails (my grails, anyway) peaking as this year stretches out, I thought I’d put together a quick list of what sneakers I’m looking forward to the most, both in the immediate and not-too-distant future. The majority of this info has been out for a minute or three, I know. I’m not breaking news here. Instead, I want you to think about what this year’s gonna be like from a budgeting perspective, considering all the current and retro heat that we’re getting thrown at us right now.

First up is another hot colorway of the Nike Foamposite 1. After releasing their copper and eggplant schemes already this year, the Foamposite returns again with a black upper and an icy red sole. Nicknamed Cough Drops, these shoes are a House of Hoops exclusive and will drop on June 19.

Getting further down the calendar, the holiday season will prove to be a wallet-destroyer, through and through.

A longtime grail of mine — one that slipped through my hands when they retroed in 2005 — the flint grey Air Jordan XIII, makes its return in November. That in itself is enough to quench my sneaker thirst for the year. On top of that, JB will take it to another level late this year, when they re-release the cool grey Air Jordan XI for the first time.

Oh yeah, and the concord XI has been rumored to be dropping late this year as well.

A sneaker that I’ve been waiting a full 16 years to get my hands on (and one of the first shoes I blogged about on this site, actually), Nike’s Air Go LWP is also slated for a holiday 2010 return.

I’m already struggling with how I’m going to justify shafting friends and family on Christmas presents this year. Well, I mean I’m not struggling with actually justifying it internally. It’s more about how I’m going to level with them and try to explain that you got the equivalent of an IOU, or a wallet-sized Chris O’Leary mugshot, because I needed to load up on three, maybe four separate monster gifts for myself that happened to drop within the holiday season.

That’s what I’m looking forward to. There’s a ton of other stuff that’s either already out or on its way this year (like the Hyperdunk lows, the Air Pippen I, the Air Jordan Silver Anniversary editions, etc.). What are you guys waiting on? How do you weed out which shoes you’re getting, if you can’t get them all?

Keep in mind that release dates and even the decision to release these shoes at all can fluctuate.