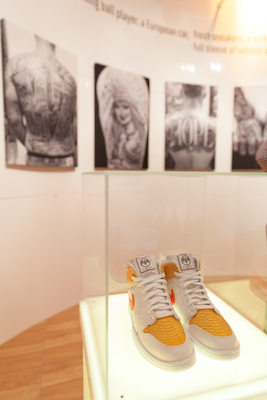 SLAM was in the building on Tuesday night for an exclusive BACARDi Fusion Lounge party at the Tribeca Rooftop in New York City.The event offered attendees the opportunity to try out BACARDi’s newest flavor, mango fusion. The night also included a celebration of modern basketball culture, with a dope kicks exhibit from Sneaker Pimps that featured vibrant combinations of yellow and orange on custom mayo fusion sneakers, which were inspired by the fresh new fusion of mango and orange rum. Just Blaze held down the music all night, while Pusha T made a special guest appearance. Taking the sneaker/basketball culture theme to another level, all drinks served had some form of bball reference, including the “sneakerhead”, which was essentially BACARDi mango fusion, angostura bitters, ginger beer, and garnish with lime wedge. The “3-Pointer” was a shot (get it?) composed of BACARDi mango fusion, BACARDi coconut rum, and a splash of grenadine. Check out some of the photos from the event above. 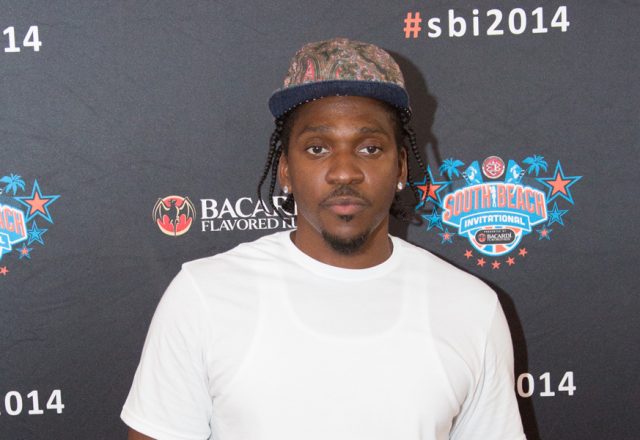 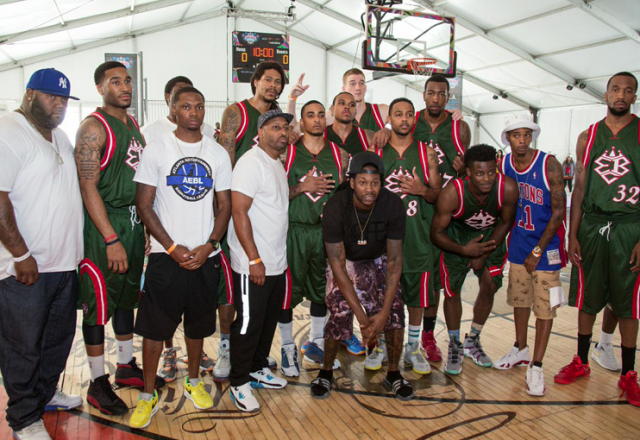