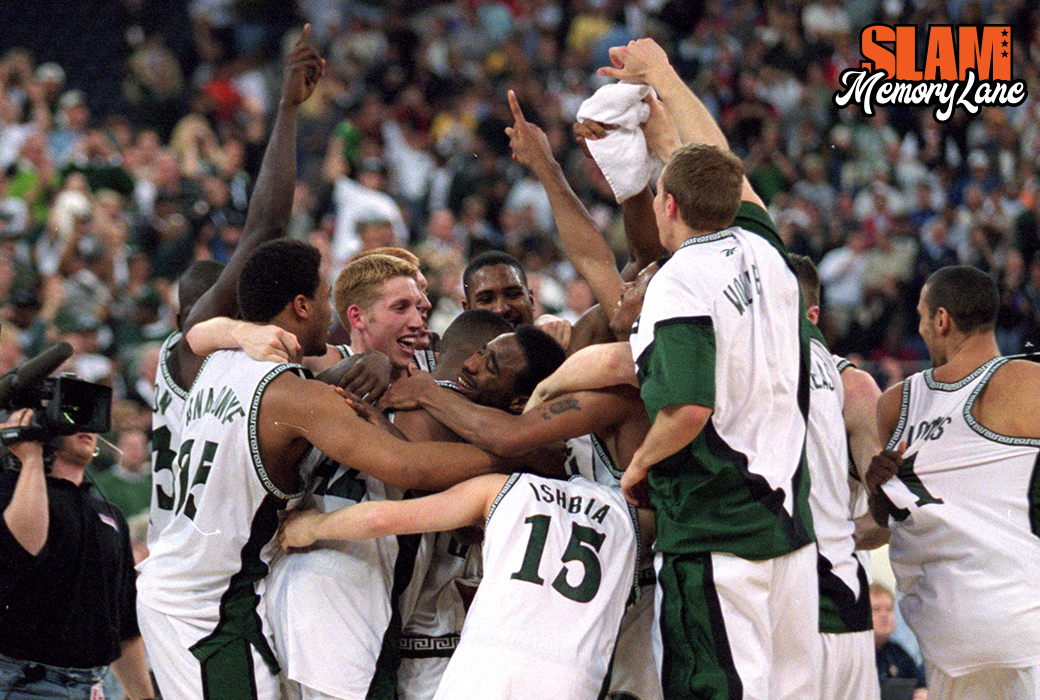 In the latter half of the 1990s, a movement was born which reached its zenith in the waning seconds of Michigan State’s national championship win over Florida in 2000. These were moments predestined to shine, as regional heroes Mateen Cleaves and Morris Peterson reveled in the fact that their Flintstones crew had finally etched their names in March Madness history.

What came to an end with a hobbled four-year point guard sobbing tears of joy alongside a beaming Tom Izzo after the net cutting ceremony actually began five years earlier, 50 miles away in nearby Flint, Michigan. It was then and there that Izzo began mining for the foundation of what would become an iconic NCAA program.

Flint hoopers are different, the type for whom the grind comes as naturally as shooting a jump shot with gloves on, so when Izzo convinced high school standout Antonio Smith to join him for his first campaign as the head coach of the Spartans program, the style of play now nearly synonymous with Michigan State basketball began to take root.

When Cleaves and Peterson rushed the court together as the buzzer sounded on their final game in green and white, they capped off a three-year stretch of deep tournament runs powered by Flint’s finest.

While Smith, the first domino from the community to commit back in 1995, had since graduated and moved on, the Flintstones narrative was at the heart of Michigan State’s success. It’s what made the celebration in the final seconds of the decided game all the more special.

After Smith joined Izzo, Peterson followed suit and the two played minor roles in their first year on campus. The next year, Cleaves joined the squad as a high profile, McDonalds All-American prospect and Charlie Bell hopped aboard shortly thereafter in 1997-98.

Michigan State’s 2000 win over that Gators team was never particularly close—Florida’s time would come six (and seven) years later—but its final moments came complete with no shortage of tropes that make us love college basketball.

From the triumphant exit of beloved, homegrown seniors who had never before reached the mountaintop to the ankle injury that had Cleaves stubbornly limping around on a blown tire through the last game of his college career, the championship served as an unforgettable finale to a timeless story.

That tight-knit Flintstones core can always look back at the 2000 title celebration as the defining moment of their own time in the spotlight, but their impact on Michigan State and college basketball in general will be felt much longer.