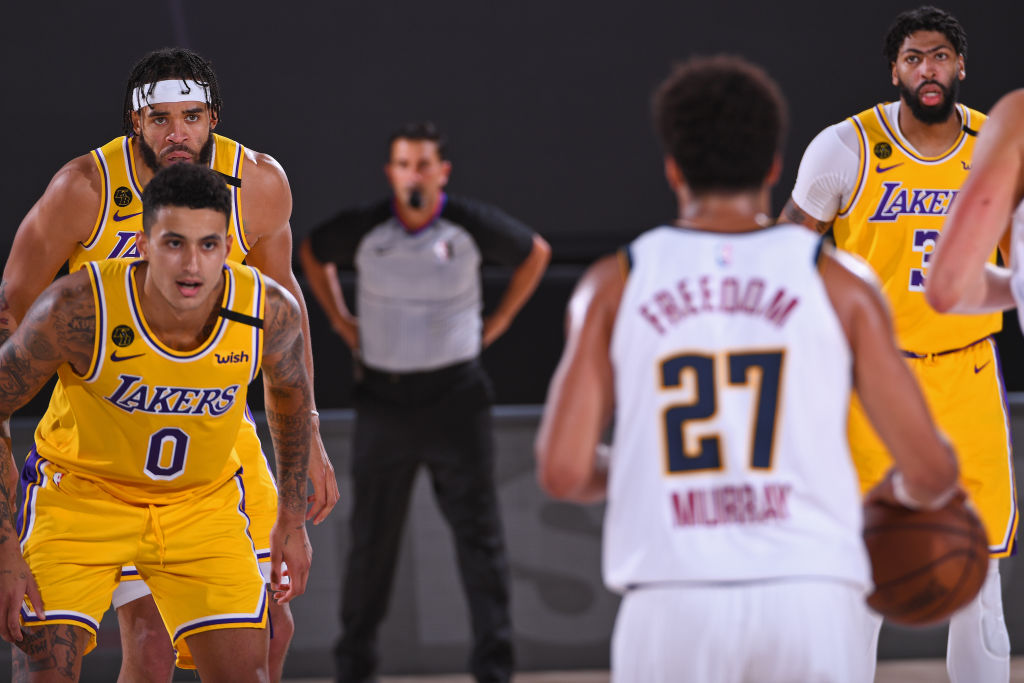 While most expected a battle of the teams from Los Angeles in the Western Conference Finals, that won’t be the case this season. In two straight series, the Denver Nuggets overcame a 3-1 deficit to win in Game 7 and advance. They will play the Los Angeles Lakers to decide who will represent the West in the 2020 NBA Finals.

The Lakers dominated the regular season series against the Nuggets, winning three of their four matchups. Two of these wins came prior to the NBA hiatus and the most recent was in the bubble seeding games just a few weeks ago.

Although he wasn’t playing at the level he currently is in the playoffs, Jamal Murray was Denver’s best player in these four games, averaging 18.5 points. For the Lakers, LeBron James and Anthony Davis averaged 58.0 points as a duo in the regular season series. In the Western Conference Finals, this won’t matter all that much, as the Nuggets look like a completely different team than in the regular season.

The Los Angeles Lakers finished the regular season with the best record in the Western Conference. However, after entering the bubble, their offense struggled tremendously in their eight seeding games. Coming into the playoffs, their first round matchup was against a very hot Portland Trail Blazers team, although they had no problem winning that opening series in five games. In the second round, the story wasn’t much different. They beat a high-powered offensive team in the Houston Rockets in five games as well.

The offense has gradually gotten better as the playoffs have gone on, and their stars have been as great as expected. LeBron James and Anthony Davis, through their two playoff series thus far, have combined for an average of 54.2 points, 21.2 rebounds 12.9 assists per game, while both shot over .370 from beyond the arc. With that in mind, their supporting cast hasn’t stepped up as much as they will need to going forward to continue to advance in the playoffs.

The Nuggets are the first team in NBA history to come back twice in the same playoff run from a 3-1 deficit. In fact, they are 6-0 in elimination games in the 2020 NBA Playoffs. They defeated the Utah Jazz in seven games in their first-round series behind an explosion of offense from Jamal Murray. In the second round, they shocked the LA Clippers in seven games, who were a title favorite.

The story for the Nuggets through two rounds has been Jamal Murray. After averaging 18.5 points per game in the regular season, he’s averaged 26.1 points per contest in the playoffs. This included two 50-point performances and a 42-point game. To complement him, NBA All-Star Nikola Jokic has also averaged 26.1 points, 9.9 rebounds and 5.5 assists per game. Rookie Michael Porter Jr. has been a spark on offense for Denver as well, producing 11.8 points per contest on the wing.

What to Watch For

The Lakers are likely the best of the four teams remaining in the playoffs. However, this Nuggets team can clearly not be counted out. Regardless of what happened in the regular season between these teams, much has changed for both squads.

The Lakers have struggled from deep in the playoffs, at .359 which is sixth lowest of the 16 playoff teams to this point. The Nuggets, on the flip side, are the best remaining three-point shooting team. Denver plays quite a few long, switchy wings that are able to shoot the ball. They’ve got eight players who shoot .300 or better from beyond the arc.

The rebounding battle will be something to watch in this series. Los Angeles has been the second-best rebounding team in the playoffs, while Denver has struggled on the glass. Michael Porter Jr. has shown flashes of being an elite rebounder, which will be something he will need to focus on if the Nuggets want to have success against the Lakers.

Los Angeles led all playoff teams in assists per game, which is interesting considering their lack of production outside of James and Davis. Outside of those two, no other player has produced more than 12.0 points per game. The Nuggets are in the same situation, getting a large portion of their offense from their top two players in Murray and Jokic. Just like the Lakers, they don’t have a third player who has averaged 12.0 or more points per game in the playoffs.

Just like in the Eastern Conference Finals, this is a matchup where it will come down to the role players. We know what we will get out of the two stars on each team, but what will the remainder of each team bring? Michael Porter Jr. or Kyle Kuzma stepping up would be a huge advantage to their respective team as a third option.