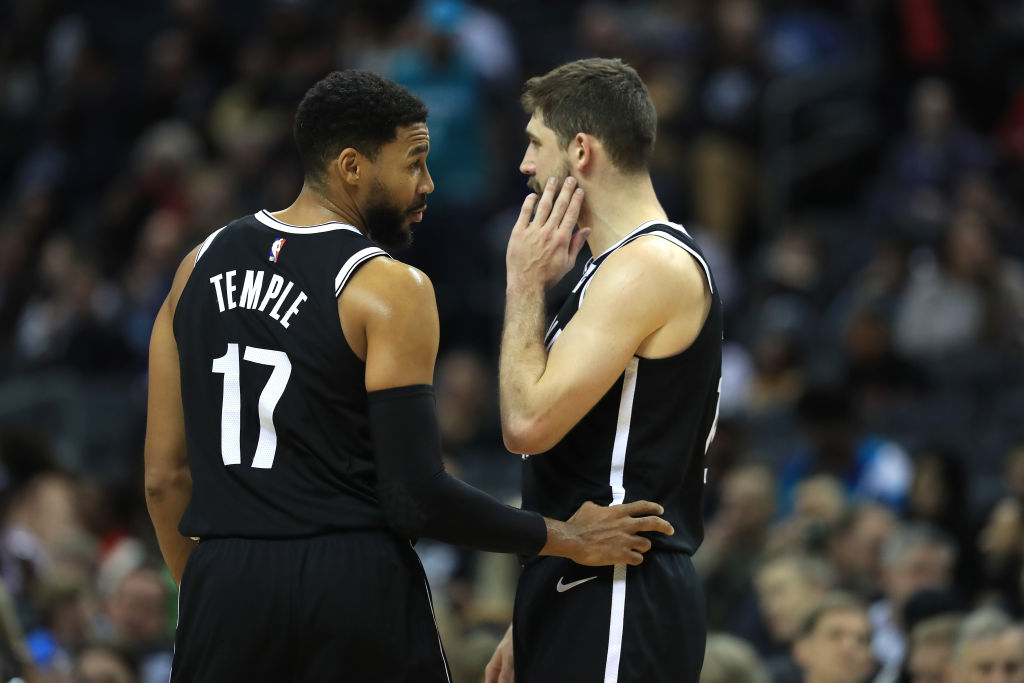 With the new year now finally upon us, speculation ahead of the 2020 NBA Trade Deadline is in full swing. Whether Brooklyn Nets fans are in consensus about what the team ought to do before the Feb. 6, 2020 cut off or not, anticipation mounts across all fanbases that there will be fireworks.

In this post, just one of a series of 30, we’ll break down the reports that have started to trickle out about Nets players that may or may not be on the move. While there’s no guarantee when it comes to a league as wild as the modern NBA, it doesn’t hurt to brush up on each squad’s roster as the deadline draws near.

Brooklyn didn’t sign Kevin Durant and Kyrie Irving this summer just to deal them away before the duo has a chance to play together on the court. Durant, who is recovering from a torn Achilles, seems unlikely to return this season. Irving, who has only appeared in 11 games during his first season in Prospect Heights, is dealing with a serious shoulder injury and as of this writing, there’s no timetable for him to return. DeAndre Jordan’s relationship with Durant played a role in him signing with the franchise, which from the outside, makes a trade for him hard to envision.

The Nets could certainly trade Caris LeVert and Taurean Prince, though doing so will be difficult. Each player signed a contract extension this fall, which will likely extend their stay in Brooklyn. Should the team trade either player, they’d be subjected to the Poison Pill Provision, which makes salary matching a chore.

It’s hard to find a major move for the Nets to make given that they are in a state of limbo with their star players.

Joe Harris is making just $7.7M this season in the last year of his contract and if the team feels like he will be too pricey (he’s expected to garner a significant raise on that figure), perhaps the team deals him away for future assets. General manager Sean Marks and company haven’t given any indication that Harris is on the block, though if he’s available, there would be no shortage of suitors for the career .427 three-point marksman.

Again, this team is in the midst of a wacky season where the franchise’s short-term intentions aren’t exactly clear. If the Nets decide bringing Irving back is too risky regardless of the progress he makes with his shoulder woes, then selling a veteran like Garrett Temple could make sense.

Where would the Nets be without Spencer Dinwiddie? The potential first-time All-Star has kept the team in the playoff picture and it’s hard to envision the franchise trading away the combo guard. However, it’s worth noting that Atlanta will get Brooklyn’s 2020 first-round pick if the team makes the postseason, so the Nets would have an incentive to “focus on player development,” especially if Irving never returns. 🏀 Jarrett Allen will be eligible for a rookie-scale extension this summer. His playing time has increased slightly this season despite the presence of Jordan on the roster. 🏀 Second-year wing Dzanan Musa, who was the No. 29 overall pick in the 2018 NBA Draft, has seen spotty playing time for the Nets lately, which coincides with the return of Wilson Chandler. Chandler is on the veteran’s minimum. 🏀 Rodions Kurucs appears to have made his way into Kenny Atkinson’s rotation. He has two seasons left on his deal after this one, including a team option in 2021-22. 🏀 Theo Pinson has the right to veto any trade by virtue of re-signing with the club on a one-year deal with an option. 🏀 2019 No. 31 overall pick Nicolas Claxton is the only rookie on the team. He hasn’t played since November.