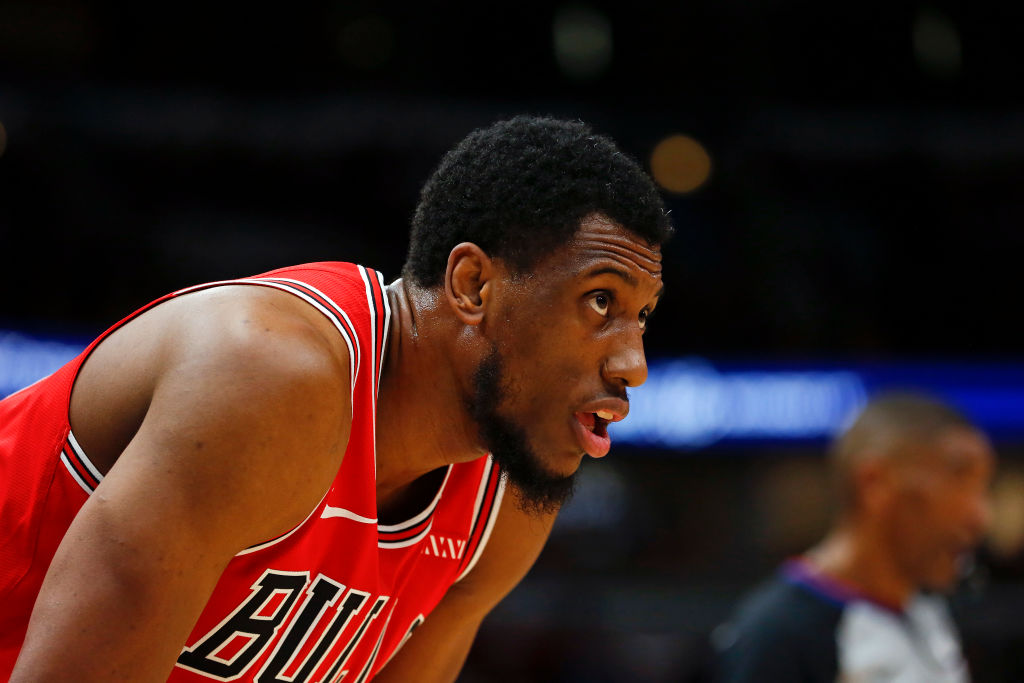 With the new year now finally upon us, speculation ahead of the 2020 NBA Trade Deadline is in full swing. Whether Chicago Bulls fans are in consensus about what the team ought to do before the Feb. 6, 2020 cut off or not, anticipation mounts across all fanbases that there will be fireworks.

In this post, just one of a series of 30, we’ll break down the reports that have started to trickle out about Bulls players that may or may not be on the move. While there’s no guarantee when it comes to a league as wild as the modern NBA, it doesn’t hurt to brush up on each squad’s roster as the deadline draws near.

The Bulls want to make the playoffs but don’t expect the team to trade away its young prospects to inch closer to that goal. Coby White, who was selected with the No. 7 overall pick, is viewed as the point guard of the future and the team envisions Lauri Markkanen and Wendell Carter Jr. manning the paint for years to come.

Thaddeus Young signed with the Bulls expecting to play a big role on a competitive team angling for the playoffs. Those expectations were based on what the team told him during the free agent courting process. However, things haven’t gone as planned and the 12-year veteran displayed his frustration last month, telling reporters that he wants to play more while remaining professional.

“Like I said, the situation is not the best-case scenario… simply because I am playing 20 minutes a game, but if coach sees fit to play me 20, sees fit to play me 25, 30, I’m with whatever he decides. He’s the man in charge. He’s our chief, and we’ve got to be able to go out there and follow behind our chief,” Young said.

Young is seeing just 22.3 minutes per contest during his first season in Chicago. He hasn’t been a staple in closing lineups, instead he’s found himself sitting on the bench during clutch situations. All of this might be acceptable if it were for a team that’s on track to make some noise in the postseason; It’s not so great if it’s on a team that has won just 36% of its games. It wouldn’t be surprising if the search for a destination for Young prior to the deadline and relieve some of the 31-year-old’s frustrations.

Denzel Valentine’s career in Chicago never took. He improved during his sophomore campaign, doubling his points per contest over his rookie season as well as improving in several advanced stats. An ankle injury robbed him off his entire third season in the league and midway through his fourth season, it doesn’t appear that the Bulls are planning for him to play a major role on the team long-term.

Valentine will be a restricted free agent at the end of season, provided the team extends him a qualifying offer. The 26-year-old still has potential to be a contributor in this league and it wouldn’t be surprising if a rival squad scoops him from Chicago before the deadline and uses the next few months to see there’s a long-term fit.

Otto Porter Jr.’s left foot has kept him out of all but nine games for the Bulls this season. The wing is expected to return around the All-Star break. 🏀 Zach Lavine was the subject of trade rumors over the summer but it’s hard to envision Chicago dealing him before the trade deadline given that the front office hasn’t seen its full team together for any lengthy stretch. 🏀 The Tomas Satoransky signing should be considered a success. The 28-year-old has been one of the more consistent contributors for the Bulls, showcasing the ability to play both guard spots. 🏀 Cristiano Felicio has played in just four games for Chicago this season. He has one more season on his contract after this one where he will make $7.5M. 🏀 Kris Dunn appeared to be the odd man out over the summer, though he may have carved out a role as a defensive wing for Jim Boylen’s team. Only Ben Simmons averages more steals per contest than Dunn. 🏀 Ryan Arcidiacono has turned out to be a nice role player for the Bulls. He’ll make just $3M in each of the next two seasons. 🏀 Injuries have stunted Chandler Hutchison’s growth since coming into the league. The small forward has played in just 17 games this season. 🏀 Luke Kornet has appeared in 24 contests this season. He’s making just $2.3M this year and he’ll make the same next season. 🏀 Shaquille Harrison has the right to veto any trade by virtue of re-signing on a one-year deal. He’s seen action in 26 games for the Bulls this year. 🏀 Daniel Gafford was filling in nicely for WCJ before a finger injury sidelined him.