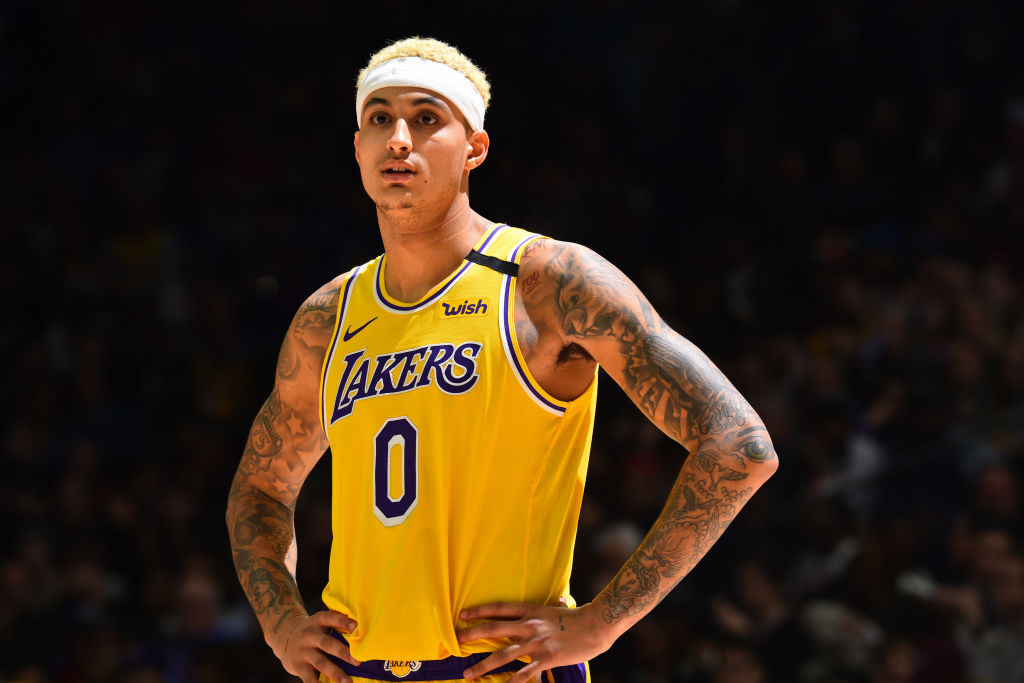 With the new year now finally upon us, speculation ahead of the 2020 NBA Trade Deadline is in full swing. Whether Los Angeles Lakers fans are in consensus about what the team ought to do before the Feb. 6, 2020 cut off or not, anticipation mounts across all fanbases that there will be fireworks.

In this post, just one of a series of 30, we’ll break down the reports that have started to trickle out about Lakers players that may or may not be on the move. While there’s no guarantee when it comes to a league as wild as the modern NBA, it doesn’t hurt to brush up on each squad’s roster as the deadline draws near.

The Lakers worked so hard to get Anthony Davis, attempting to bring him on board at last year’s trade deadline before acquiring him over the summer. We can safely say there’s no chance of the team trading LeBron James or his running mate.

The only real enticing prospect that the Lakers didn’t ship to the Pelicans in the Anthony Davis trade, Kyle Kuzma remains a Laker… for now. The Kings have been rumored to have interest. Surely Sacramento isn’t the only squad they have spoken to about the forward. Kuzma is just 24 years old and could be the key to bringing a major piece to Los Angeles.

If the Lakers are going to acquire a third star, Kentavious Caldwell-Pope and Danny Green will likely have to be included because of their mid-sized salaries. Caldwell-Pope is making $8.1M this season and technically has the right to veto any trade since he re-signed on a one-year deal with an option. Green is making $14.6M. Los Angeles making a major move is no certainty, though they can reasonably acquire a player on a large salary if they don’t include their two veteran wings.

Avery Bradley is making $4.8M this season and many teams could use his services for that price. However, Los Angeles might need him more, so barring an overwhelming offer, Bradley seems likely to remain in town. 🏀 JaVale McGee is making just $4M and with the emergence of Dwight Howard, who is on a one-year deal, he becomes expendable. Yet, the Lakers have a good things going with keeping both of their centers fresh. 🏀 DeMarcus Cousins remains sidelined with an Achilles injury. He’ll be a free agent again after the season. 🏀 Quinn Cook’s role has fluctuated this season. His $3M contract for next year is non-guaranteed. 🏀 Alex Caruso is not an All-Star despite fans attempts at voting him in. He has been a nice contributor for the Lakers. 🏀 Rajon Rondo has played in 33 games for the club. It’s hard to envision him playing major minutes in the playoffs at age 33. It’s also hard to envision him being traded, as he has the right to veto any deal. 🏀 Troy Daniels is knocking down just 36.4% of his shots from three-point land. Tough for a guy that is a three-point specialist. 🏀 Jared Dudley continues his pre-media career by playing sparingly for the Lakers. He’s seeing just 8.5 minutes per game. 🏀 Talen Horton-Tucker is the only player Los Angeles netted in the 2019 draft. The rookie has just five minutes of NBA action.