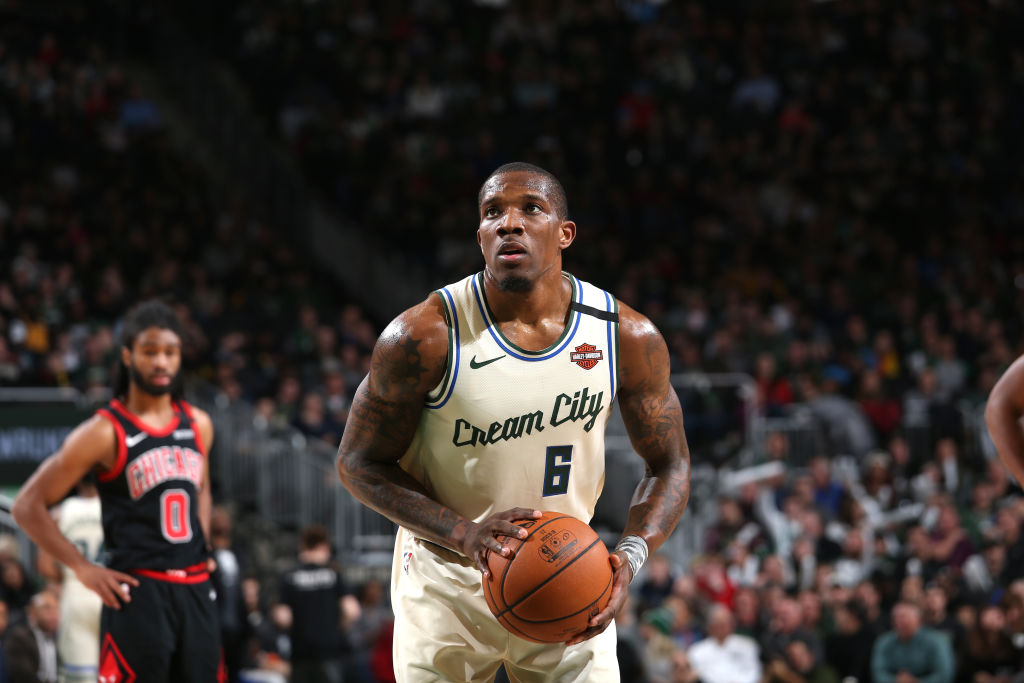 With the new year now finally upon us, speculation ahead of the 2020 NBA Trade Deadline is in full swing. Whether Milwaukee Bucks fans are in consensus about what the team ought to do before the Feb. 6, 2020 cut off or not, anticipation mounts across all fanbases that there will be fireworks.

In this post, just one of a series of 30, we’ll break down the reports that have started to trickle out about Bucks players that may or may not be on the move. While there’s no guarantee when it comes to a league as wild as the modern NBA, it doesn’t hurt to brush up on each squad’s roster as the deadline draws near.

Through the first half of the season, Milwaukee has been the best team in the league and major trades aren’t expected before the deadline.

If the team makes a major trade, Eric Bledsoe seems like the likeliest core player to be moved. One Eastern Conference executive told long-time NBA journalist Gery Woelfel that the Bucks are open to the idea of trading Bledsoe. “Sure. Publicly, [the Bucks] say all the right things about him but I know that’s not the case,” a separate source told Woelfel.

The point guard has missed time with a leg injury and the emergence of Donte Divincenzo has slightly cut into his playing time in Milwaukee. However, Bledsoe is still playing at a high level, as his .354 shooting from deep is his highest mark since the 2015-16 season.

The Bucks could dangle D.J. Wilson in trade talks if they wish to make upgrades to the back end of their rotation. Wilson has only appeared in 26 games for the club, seeing under 10 minutes of action in 17 of those appearances. Perhaps a team with more playing time to spare can see some potential in the 2017 No. 17 overall pick.

Brook Lopez inked a four-year deal this offseason and being that he’s arguably the perfect center to play alongside Giannis, it’s unlikely that the team moves him before the deadline. 🏀 George Hill filled in nicely for Bledsoe earlier this season. He’s a nice insurance policy for Bledsoe and has showcased that he can still play a role off the bench when everyone is healthy. 🏀 Ersan Ilyasova is knocking down 37.3% of his treys this season, though the 32-year-old is seeing just 16.6 minutes per game, his lowest mark since his rookie campaign. 🏀 Robin Lopez joined the team in free agency this offseason via the room exception. He has primarily been the backup to his brother, though the duo has shared the floor for exactly three minutes this season. 🏀 DiVincenzo’s shooting has been streaky this season but coach Mike Budenholzer is trusting him more than ever. He’s earned a major slot in the rotation. 🏀 Wesley Matthews’ 8.6 player efficiency rating leaves much to be desired. He has a $2.7M player option on his contract for next season. 🏀 Pat Connaughton has made just 28.6% of his shots behind the arc this year, which is his worst mark since his rookie season. 🏀 Dragan Bender’s career has not been revived in Milwaukee. The former No. 4 overall pick has seen action in just six games this season. 🏀 Kyle Korver remains strong from behind the arc, hitting 43.3% of his looks. 🏀 Sterling Brown has appeared in 32 games for the club. He’s scored over 10 points just twice. 🏀 Thanasis Anteokounmpo, the brother of Giannis, seems like a safe bet to remain in Milwaukee through the deadline. He’s under contract through the 2020-21 campaign.