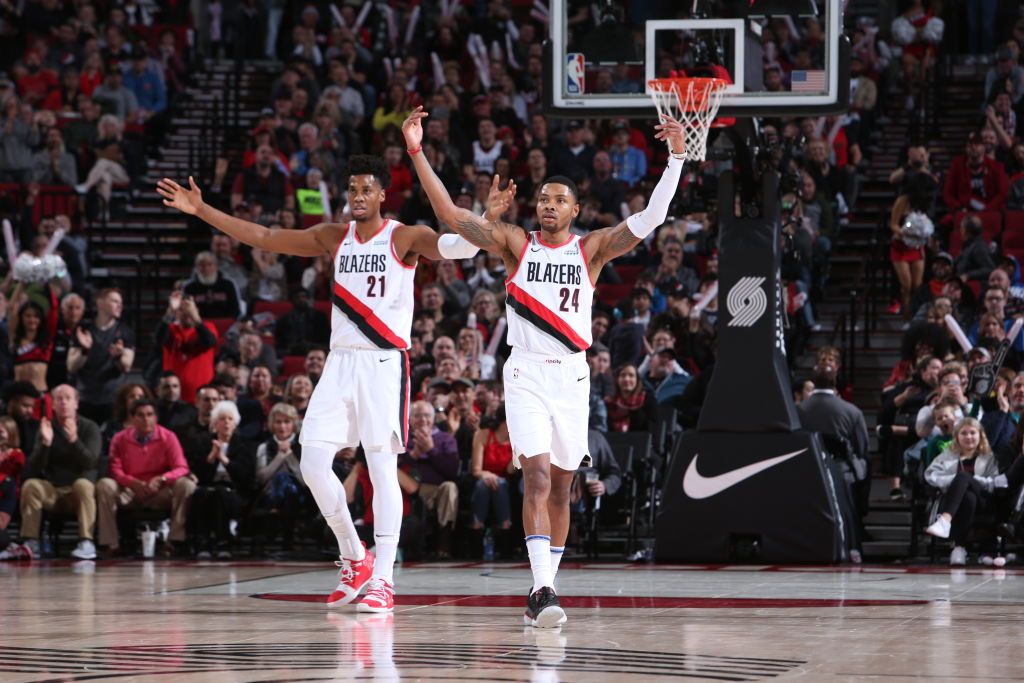 With the new year now finally upon us, speculation ahead of the 2020 NBA Trade Deadline is in full swing. Whether Portland Trail Blazers fans are in consensus about what the team ought to do before the Feb. 6, 2020 cut off or not, anticipation mounts across all fanbases that there will be fireworks.

In this post, just one of a series of 30, we’ll break down the reports that have started to trickle out about Blazers players that may or may not be on the move. While there’s no guarantee when it comes to a league as wild as the modern NBA, it doesn’t hurt to brush up on each squad’s roster as the deadline draws near.

Neither Damian Lillard nor Carmelo Anthony are eligible to be traded this season. Lillard inked his extension earlier this year and Anthony signed his deal partway into the 2019-20 campaign. Neither player signed up to be on a lottery team, expect the Blazers to look for trades that upgrade the talent around them.

For years, the major storyline out of Portland was whether the team should break up its backcourt. After the Blazers reached the conference finals last spring, those talks have quieted down. That said, while there’s been no recent reports of Portland listening to offers for McCollum, it’s fair to wonder whether the front office will ponder deals once the shooting guard is eligible to be dealt on Jan. 30.

McCollum just signed a massive extension with the club, which keeps him under contract through the 2023-24 campaign. Betting on him remaining in Portland through that deal isn’t a safe bet, though the odds of him staying put through Feb. 6 are an attractive proposition.

Kent Bazemore is on an expiring deal worth $19.3M. Should Portland make a major trade, he’s more likely to be on the move than any of the team’s other big contracts. Chris Haynes of Yahoo Sports recently went so far as to say that he’d surprised if Bazemore (or Hassan Whiteside, for that matter) remained on the roster through the deadline.

Both Bazemore and Whiteside landed in Portland after trades in the offseason. The latter, with an expiring $27M contract, has looked particularly sharp in a contract year. The 30-year-old has averaged 15.9 points and 13.9 rebounds per game as one of the few healthy bodies in Portland’s frontcourt.

Jusuf Nurkic is still recovering from a leg injury and it seems unlikely that the Blazers will trade him given Whiteside’s pending free agency. 🏀 Rodney Hood tore his left Achilles and is out for the season. He has the right to veto any trade due to signing a one-year deal with an option this past summer. 🏀 Zach Collins, who is out with a shoulder injury, appears to be in the team’s long-term plans and hopes to return to the court before the end of the season. 🏀 The Blazers had the ability to sign Skal Labissiere to a rookie-scale extension this summer and failed to do so. 🏀 Anfernee Simons, whom the team picked up with the No. 24 overall pick in the 2018 draft, is Portland’s leading candidate for its most improved award. 🏀 Nassir Little, who was selected with the No. 25 overall pick in the latest NBA draft, hasn’t had much of an opportunity in limited time this season. 🏀 Injuries have forced coach Terry Stotts to rely on Mario Hezonja more than originally anticipated. He has a $2.0M player option on his deal for next season. 🏀 34-year-old Anthony Toliver, who is on the veteran’s minimum this year, has started eight games for the Blazers so far. 🏀 Gary Trent Jr. is hitting .390 from behind the arc. When McCollum recently missed a game, Stotts opted to start the former second-round pick at the shooting guard spot.