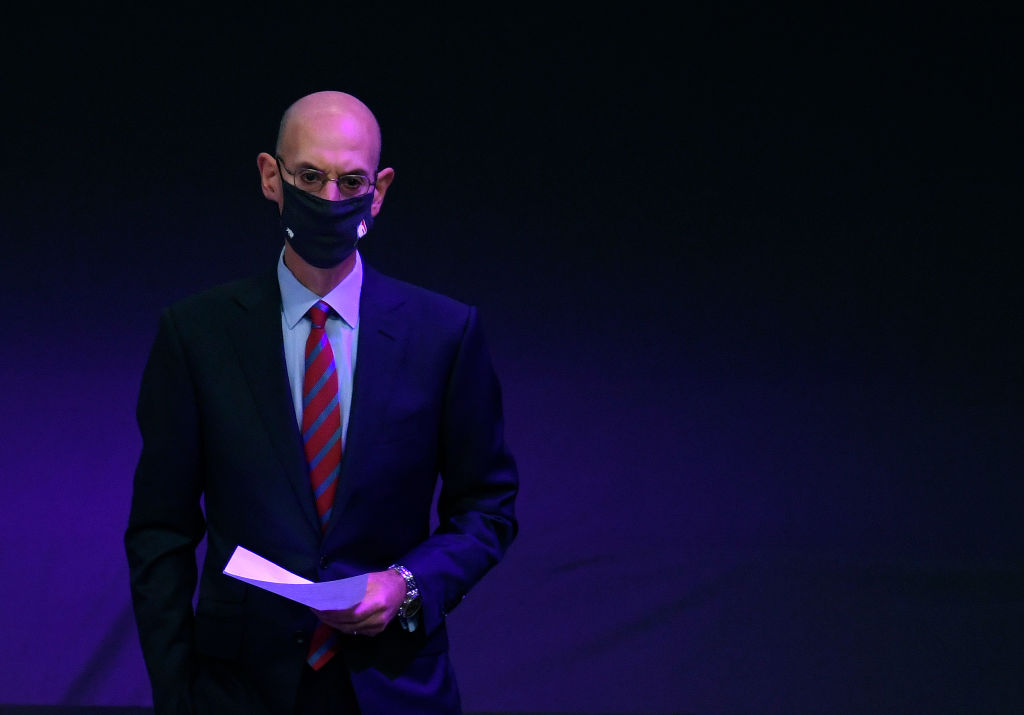 Just minutes after the Toronto Raptors won the 2019 NBA Finals, team president Masai Ujiri attempted to join the team’s celebrations on the court.

However, before he could even reach the hardwood, Ujiri was stopped and shoved by Alameda County Sheriff’s deputy Alan Strickland. This despite attempting to show Strickland his credentials.

The moment sparked a league-wide discussion on the treatment of minorities by police officers and Ujiri himself was investigated by the Alameda County Sheriff’s Office for misdemeanor assault, although he was ever charged.

In 2019, NBA commissioner Adam Silver appeared on HBO’s Real Sports with Bryant Gumbel to discuss the incident between Ujiri and Strickland.

“It’s part and parcel of what comes with someone who is living on the edge a bit and is hard-wired to sort of march forward with incredible energy,” said Silver in the interview. “Lessons learned for him – without assigning culpability or blame to anyone – as a leader, those are the kinds of situations he needs to learn to avoid.”

In an interview with Sportsnet Central’s Michael Grange, Silver says he now regrets the comments he made about the incident and apologized to Ujiri.

“When I watch that last bit of the interview, in light of what we now know, I would love to take those words back,” Silver said. “[Masai] and I at this point have probably talked about that night 100 times since then. He has my full and unequivocal support.

“But I apologize to Masai for what I said in that interview…. Believe me, when I look at that now, I cringe when I watch it.”

In February 2020, Strickland launched a lawsuit alleging battery and assault from the incident, which was met with a countersuit by Ujiri himself.

Earlier this month, Strickland dropped his $75,000 lawsuit against Ujiri (and Ujiri dropped his countersuit), finally putting an end to the nearly two-year long saga.