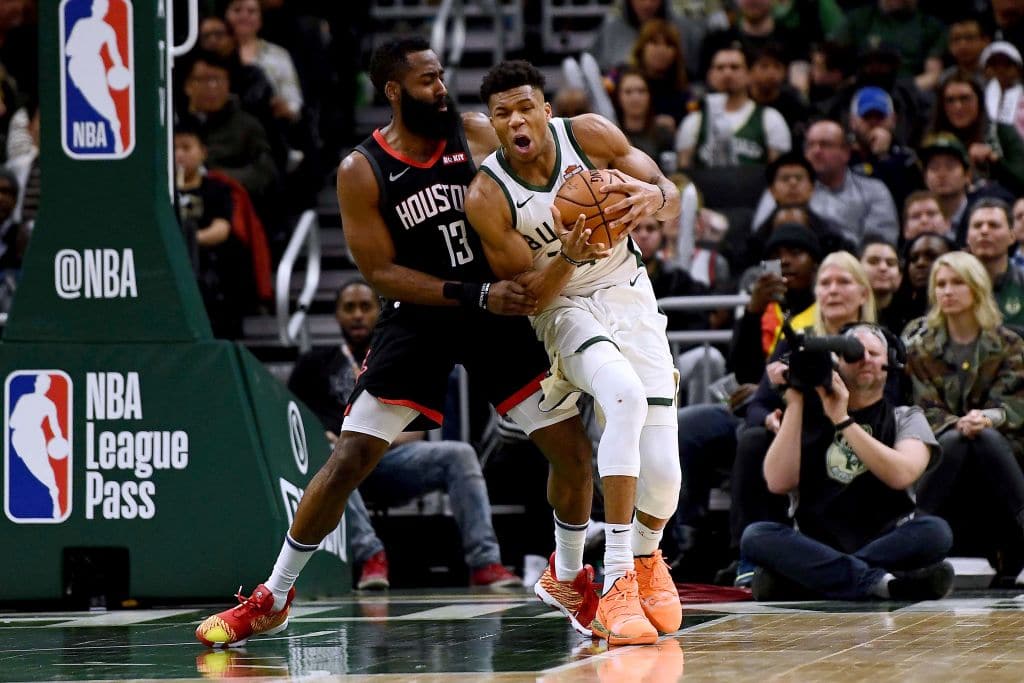 Prior to Tuesday night’s MVP showdown, adidas placed an ad in a Milwaukee newspaper making the case for their guy, James Harden.

The Bucks, not to be outdone, trolled Harden’s teammates on social media, slyly arguing that Giannis Antetokounmpo deserves the award.

The ad takes a conversational and conciliatory approach to laying out its argument and begins with the title “A message regarding James Harden (which he understands you may not read).”

“You’re also free to be mad at James Harden’s step-back,” the ad reads. “You’re free to call it a travel and torch it on your podcast. Quick question though: if YOU could pull off that step-back wouldn’t you do it? James Harden thinks you might. But he freely accepts you might not. …

Despite the Houston Rockets’ 108-94 road loss, Chris Paul told reporters that his teammate’s “historic run” this season gives him the edge.

“James went on a historic run. Know what I mean?” Paul said, referring to Harden’s streak of 32 consecutive 30-point performances, carrying the Rockets from 14th place to third in the Western Conference standings during that stretch despite Paul and center Clint Capela missing extended time due to injuries. “Obviously, I’m biased about the MVP and whoever or whatnot, but those of you that decide it on head-to-head games with a few games left in the season, good luck with that. Happened to me in ’08.”

Paul finished second in the MVP voting that season behind Kobe Bryant, who had 29 points, 10 rebounds and eight assists in the Los Angeles Lakers’ 107-104 win over Paul’s New Orleans Hornets in the final week of the regular season.

Paul said he meant no disrespect to Antetokounmpo, whose all-around excellence for the team with the NBA’s best record has made the MVP race competitive despite Harden being in the midst of one of the greatest offensive seasons in NBA history.

“I get to see James play a lot more,” Paul said. “You’ve got to understand that me saying that doesn’t mean that Giannis hasn’t had an amazing season and stuff like that. He’s been great for his team and all that, but I see what James does every night too.”

Related Giannis Antetokounmpo: ‘There’s More to This Than Just the MVP’