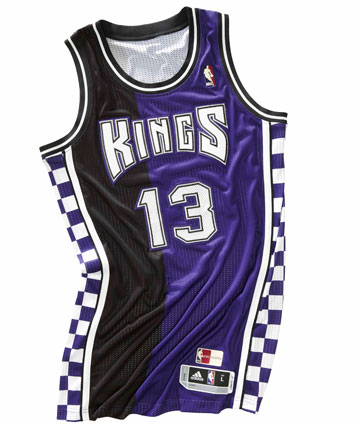 The Suns have already brought back one of the NBA’s all-time hottest uniforms this week (in a win over the Lakers, no less). And fortunately, adidas is bringing back six more bold and unique NBA uniforms from the ’90s. Reminisce by clicking through the gallery above for some for some of the NBA’s most memorable uniforms.

You can cop your own jerseys at NBAStore.com and team shops for $100.

The uniforms will be worn during NBA Hardwood Classics Nights and additional games played through March. Check out all the details from adidas Basketball:

adidas announced today that seven of the most memorable NBA uniforms from the 1990s will return to the hardwood this season. Updated with adidas’ revolutionary performance technology for today’s game, these new classics will be worn during “NBA Hardwood Classics Nights” games beginning Jan. 30 and concluding March 30.

Uniforms will be available at NBAStore.com and team shops.

“These classic jerseys blend adidas performance and style to meet the needs of today’s NBA players,” said Lawrence Norman, vice president, adidas global basketball. “We hope NBA fans enjoy this ‘blast from the past’ as they relive the stand-out styles of the 1990s.”

The retro uniforms will include:

The 10 NBA Hardwood Classic Nights will be nationally broadcast on ABC, TNT, NBA TV and ESPN as follows: