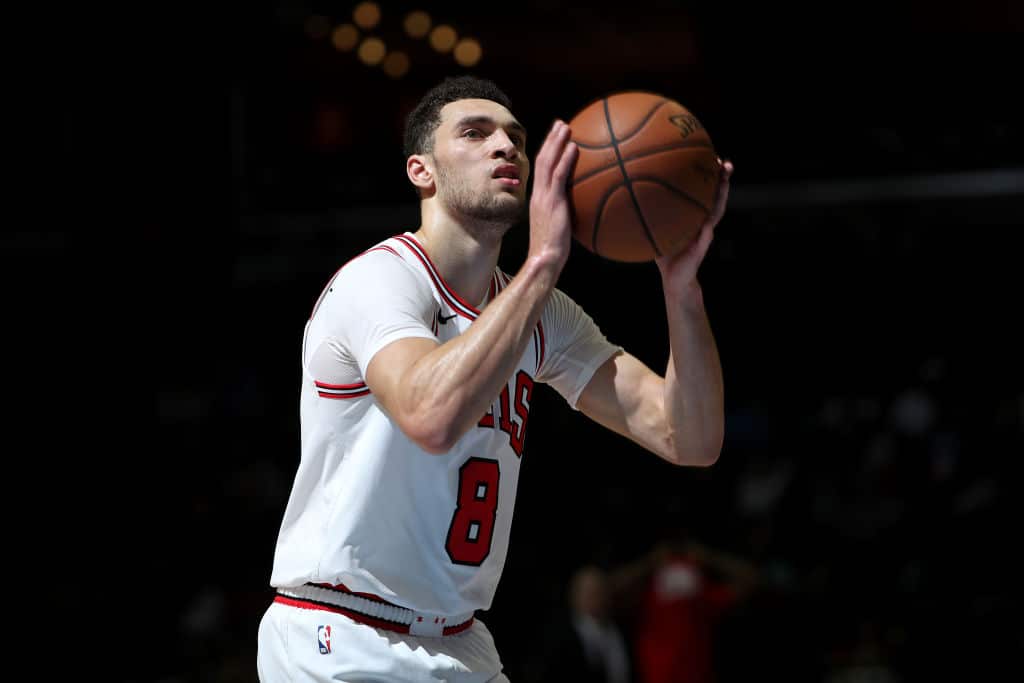 The number-crunchers want him to only launch three-pointers or go to the hoop; LaVine is saddened by the marginalization of the midrange.

Per The Chicago Sun-Times:

“I know … ain’t this crazy,’’ LaVine told the Sun-Times on Friday, when asked about his mid-range game being grounded.

“I mean I grew up being a Michael Jordan, Kobe [Bryant] fan,’’ LaVine said. “I know that some of the greatest scores in NBA history were mid-range, mid-post guys. It’s sad to see it be pushed to the side. I mean Carmelo [Anthony] is one of the greatest scorers ever, but he’s out of the NBA right now somewhat because the analytics don’t want mid-range twos.

“I think it takes away a little bit of the skillfulness and it takes away some of the weaponry. But I’ll tell you this, there’s still guys in the NBA – and I think I’m one of them – that can still get it done.’’

Of course the Bulls need improvement, but LaVine also pointed out that Kawhi Leonard was not only an NBA Champion last season, but the series MVP. And his mid-range game destroyed the Warriors.

“I’ll one-up [the analytics guys] – the best mid-range shooter in all the NBA played for Golden State – Kevin Durant,’’ LaVine said. “Playoff basketball will show … I mean guys like DeMar DeRozan or C.J. McCollum, I mean [McCollum] killed Denver [in the playoffs last year] because he got into his mid-range.

“Playoff basketball [defenses] are eliminating the threes, they become tougher shots, so you want to get to a shot where you know you can make it and you worked on it. I think the mid-range is a lost art now because everyone is moving towards the threes and the analytics. I understand that because how it looks and how it sounds like it makes sense, but sometimes there’s nothing better than putting the ball in your best play-maker’s hands and letting him get the shot he needs rather than the one you want.’’