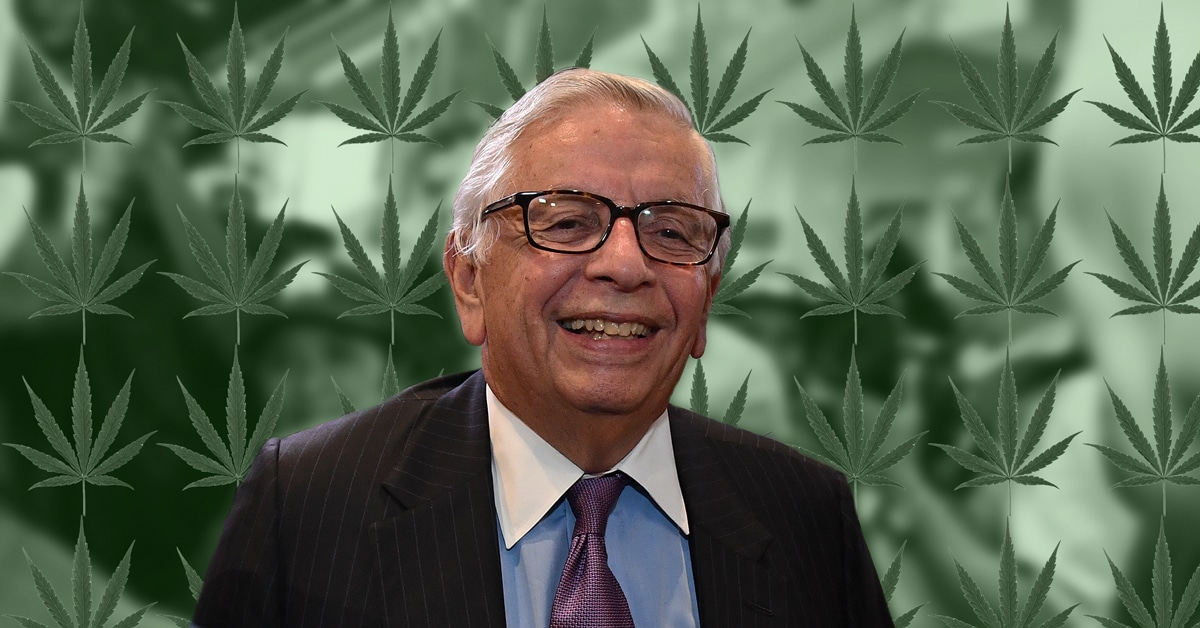 After having a conversation with NBA-player-turned-cannabis-entrepreneur Al Harrington, David Stern has changed his stance on medical marijuana in the NBA.

In a short documentary film from UNINTERRUPTED, Stern tells Harrington, “I think [medical marijuana] should be removed from the banned list.”

Harrington (1:40): “I would say that over 70 percent of athletes in all major sports smoke marijuana. I think it’s that big. Not only the players, but I think coaches consume, I think the owners consume. I think in sports it’s very prevalent and it’s right there.”

Stern (8:35): “I think there is universal agreement that marijuana for medical purposes should be completely legal.”

Stern (13:43): “It’s no different than other substances that may work or may not work with particular players. I’m now at the point where, personally, I think it should be removed from the banned list. You’ve persuaded me. If you told the fans that if the players rubbed it on their knees, they wouldn’t have to take a night off, that would really set them over the top.”

“While Commissioner Silver has said that we are interested in better understanding the safety and efficacy of medical marijuana, our position remains unchanged regarding the use by current NBA players of marijuana for recreational purposes.”