All On The (waiver) Wire 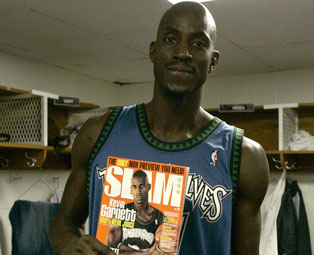 A couple of weeks ago, Ben Osborne wrote an article in his “Continuing Ed” spot talking about fantasy hoops. This column is a result of the buzz that was generated by all the reader response we received. I’m going to be dropping these columns every Monday, taking a look at what went down in the previous week, what’s up for the upcoming week and of course, who’s doing their thing and who is stinking up the arenas around the league. Hopefully, this will serve as another resource for you to go snatch those fantasy chips. So, thanks for checking out the column; let’s get right into it.

With Vegas in the rearview, that means we are entering week 17 of the fantasy season. Fortunately or unfortunately, depending where you sit in the standings, we are officially beyond the halfway point of the year. If your team hasn’t been decimated by injuries to this point, or if you were somehow able to survive a few rough spots along the way, go ahead and give yourself some dap ‘cause it’s been real gritty thus far.

And for those of you who haven’t been so lucky, hold your head—fortunes turn quickly in fantasy hoops. Besides, even if it takes you a while to get healthy, why not play the waiver wire and relish that spoiler role?

Since the All-Star game pretty much marks the midway point of the NBA season I thought I would take a look around the league at some of the guys who have been filling it up as well as some of the biggest disappointments thus far.

Joe Johnson is becoming the player the Hawk’s envisioned when they lured him out of Phoenix two seasons ago. This year he threw on the All-Star jersey for the first time and has made filling up the box score a habit down in the ATL.

In Charlotte, Emeka Okafor slipped in a lot of drafts after last season’s injury-plagued campaign, but the big fella is healthy, swatting shots and grabbing boards while shooting 54% from the field. Owners would love an increase in touches on the offensive end but Emeka has been very solid thus far.

It might not be what we all expected thus far but I can’t leave Lebron off this list simple because the expectations surrounding the fourth year superstar were so high. I assumed he would be far and away the top guy in fantasy hoops this season, but thus far, that hasn’t been the case. However, he is playing a little better as of late, and I expect LBJ to make a run at the top fantasy spot during the second half of the year.

So, Dirk claims the Mavs handed the Heat the NBA title last year? This is just speculation, but based on his first half performance, I’m guessing he doesn’t plan on doing the same thing this postseason. His field goal percentage is at an all time high, and the Mavericks boast the league’s best record.

This year, Carmelo Anthony became the first player to lead the league in scoring and not be selected to the All-Star game (he was later invited as an injury replacement). Anthony owners will testify that ‘Melo was robbed, and I would have a hard time disagreeing. I think everyone who follows the NBA realizes the snub was a direct result of his Antonio Tarver impression that December night at the Garden, and certainly not his play on the court. Denver has an amazing fantasy playoff schedule making ‘Melo as valuable as any player to own.

With all the drama surrounding the Indiana Pacers this season, Jermaine O’Neal has been very solid. J.O. owners are enjoying his increased role in the offense, a career high shooting percentage from the line and nightly block parties that pop off to the tune of three per game. Owners who are weary of his past knee problems should decide now if they want to move him, because his value will never be higher.

Out in LA, Kobe is hoping owners are digging the growth and the maturity he has shown this season. No more jacking from #24; he’s got his grown man-on, involving teammates for more dimes and an increasing field goal percentage. It’s not what we have come to expect from the Mamba, but I don’t think his owners have many complaints.

The name Dwyane Wade is now synonymous with filling it up. Somehow, his stat lines get beefier and beefier every year. Last year’s final’s MVP has a shot at being this season’s fantasy MVP, as long as he continues to get up after those falls that keep owners (and Pat Riley) holding their collective breath.

Every year, I read fantasy draft reports that explain why KG should no longer be the #1 fantasy pick. I’m not saying drafting first in leagues is an easy choice, but it sure is one of those good problems to have. Honestly, I think I would have chosen LBJ, but who could predict that Ticket would continue to improve? Is that even possible? 45 double-doubles this season. Say no more.

I had actually read a couple articles about Dwight Howard regressing this season right before he went on an absolute tear making over 80% of his field goals. True, his free throw percentage is atrocious, and yes, his rebounding is down a bit this season, but that’s nit picking. Howard is an absolute stud and at 21 years of age he will continue to dominate the center position for years to come.

Thus far I have only been showing love to one player from each roster, so I really should just skip over Phoenix all together, but I can’t do it. Like Kevin Garnett, Steve Nash defies logic and continues to improve each season. He leads the league in assists and has a great time doing it. His beneficiaries aren’t bad options either, and although Shawn Marion’s numbers have been a little down this year, he’s still Shawn Marion. If you reached for Amare in the draft, that worked out pretty well for you. If you picked him up on the slide, I’m certainly not mad at you. The Suns are a fantasy gold mine.

Even though it’s the woeful Atlantic division, both Chris Bosh and the Raptors deserve props for their first half play. Bosh is a superstar, and has shown the growth and development to cement his spot as a longtime fantasy stud. He could have bolted for greener pastures but instead opted to remain in Toronto and fantasy owners are happy he did. The former Yellow Jacket has the Raptors ready for a playoff run this season.

Gilbert Arenas pretty much took his name out of the MVP race with the whole fiasco that went down after his 9 point performance against the Blazers. Yet and still, Hibachi has had an excellent first half, and owners should expect more of the same during the second half of the season. I feel like the loss of Antwan Jameson has allowed defenses to key on Gilbert, but the adjustments are coming and I expect him to stay on track the rest of the way.
I don’t have enough ink (work with me) to discuss the Bubblegum at length, but if your name appears here, you have to step up or step off for the second half of the year: Wally Szczerbiak (Chronic ankle issues), Ben Wallace (Think Paxson would like a mulligan on that signing?), Kenyon Martin (Gonna be tough since he is out for the year with injury) Jason Richardson (Owners hold your head, he’s on his way back), Bonzi Wells (Yet to start a game in Houston), Marquis Daniels (Indiana hasn’t worked out for the Tampa native), Shaquille O’Neal (One double-double this season), Charlie Villanueva (Has yet to look comfortable on the court this season), Mike James, Stephon Marbury (Minus his play in January), Boris Diaw (Fools gold?), Jamaal Magloire (Can you believe he led the All-Star game in scoring? Me either), Mike Bibby (He’s been a warrior playing through injuries, but his shooting percentage is a dagger), and AK-47 (I really expect a second half turn around; he is too good for this).

That’s all the time I have for this week. I’ll be back at you next Monday with a preview of week 18 and a recap of what took place this week. Who knows, maybe Scottie Pippen will be on the waiver wire by the time my next column rolls around. Of course, based on his shooting display in the Haier Shooting Stars competition this weekend, I highly doubt it.