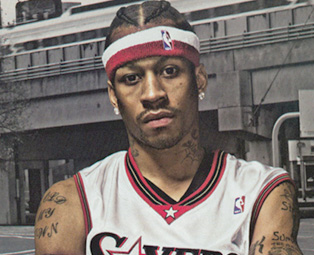 It’s 4:00 a.m. on Friday night/Saturday morning, and the NBA is buzzing. My Sidekick has been lit up like a Christmas tree all night with gossip and news about all this Allen Iverson stuff, so I thought we should take a quick look into what’s happening…

• What exactly is happening? The biggest chunk of actual news came earlier tonight at halftime of the Sixers/Wizards game, when Sixers chairman Ed Snider told reporters that it’s time to trade Allen Iverson. Up until that point, it was still all conjecture and rumors, kicked off about 24 hours ago with Peter Vecsey’s column in the NY Post.

• Why did Snider come out and announce this? I have no idea, and this seems like a strange strategy. Snider’s confirmation that a trade is in the works pushed everything into fast-forward, and it also might weaken Philly’s hand: If teams know the Sixers have to trade AI, they could be forced into accepting less than they otherwise might have.

• Why is this happening now? It supposedly stems from AI missing that team function a week ago. On Tuesday, he met with Billy King and asked for a trade. He didn’t attend a players-only meeting on Wednesday, then he missed practice Thursday with what the team said was a sore back. The Sixers decided if he was hurting he couldn’t/shouldn’t play, and by Friday morning AI was putting word out that it was time for him to go.

• Who wants AI? Snider said “half the league” has called to put in word that they’re interested. I’ve seen Boston and Minnesota mentioned most often, and KG came out and said “I love the Answer! Come on boy!” Yahoo is saying the Mavericks are involved, too.

• Who gets AI? Well, this is complete speculation, but I’d guess Boston. I think Dallas can be ruled out because I can’t figure out how they’d play Dirk and AI together, since they both need the ball in their hands to be effective.

I understand Minnesota’s interest, but if they move a bunch of young guys to get AI, would just AI and KG be enough to contend in the West? I don’t think so. Also worth noting is that Mike James keeps getting mentioned as a possible trade option, but because he signed a deal this summer he can’t be traded until December 15, and I don’t think Philly’s going to want to wait that long. (Oh yeah, and the T-Wolves owner says they can’t afford AI anyway.)

Another random thought: What about Golden State? They’ve got Adonal Foyle’s huge contract to balance any deal, and if I was Philly I’d start by asking for Monta Ellis, another big and a first-rounder.