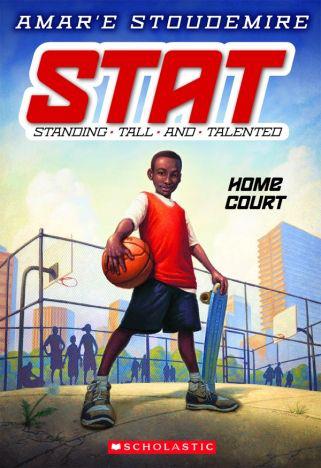 For the first time in months, Stoudemire actually looked like the man that the Knicks gave a max contract to two summers ago. There was no bandage around his hand. No brace on his back. No bulk on his body. Just a tall, fit man seemingly ready to get back on the court.

“My health is great right now,” Stoudemire said that afternoon before a signing for his book at a Manhattan Barnes & Noble. “I’ve been two-a-days and three-a-days for the past two and a half months.”

It was the first time Stoudemire had been heard from since heading down to Houston to work with Hakeem Olajuwon. The former All-Star discussed his new post-game, Jeremy Lin (although reluctantly) and the new Knicks roster.

“I caught the fact that he (Lin) went to Houston,” Stoudemire said, after initially trying to avoid talking about the former Knicks point guard’s departure. “But we made some great acquisitions ourselves to better our team, and we feel great about the team we have.”

Stoudemire was much happier talking about his new book, the majority of which he said is biographical. The goal of the book is to present young men and women a story that many of them can relate to. To let them read about a successful person who had to avoid and deal with the same obstacles and hurdles that many of them face.

“My foundation has been curing poverty through education since 2004,” Amar’e said in a statement that would make The Wire creator David Simon proud. “Being on the platform that I’m on, I wanted to find a way to educate the youth as best as possible and one of the avenues to do that is through reading. I think reading is very important for our youth and right now, it’s almost as if it’s not cool to read. And I want to change that mentality.”

He also seems to be trying to change his.

“Obviously, defense is always the key to winning championships and that’s something that I’m dedicated to, to become a much better defensive player. And it’s going to happen,” Stoudemire said. “It’s just a matter of preparation and practice and getting that chemistry down on that end of the court.

“My motivation is strictly to become a better basketball player, and ultimately a better team and win a championship.”