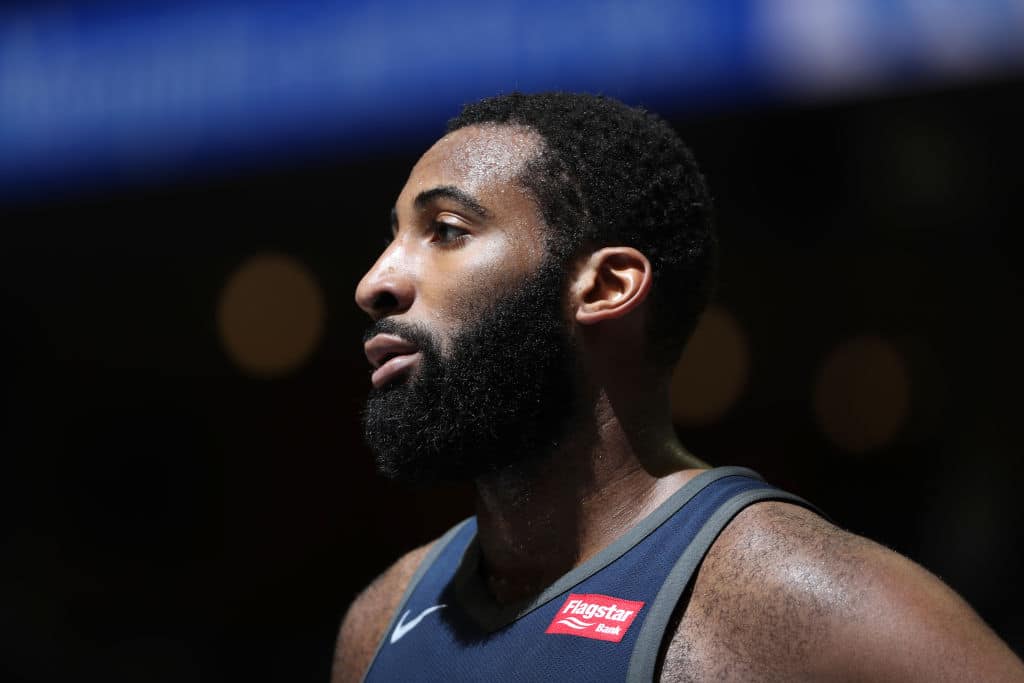 Andre Drummond is adding the three-point shot to his offensive arsenal.

The big fella says he’s been splashing 200 corner threes every day this summer.

To date, Drummond has connected on just five 3-point attempts during his six-year NBA career.

“I don’t do stuff (on the court) just to have fun,” Drummond told theScore when questioned about his 3-point shenanigans. “If I’m taking those shots, (it’s because) I’m working on it for the upcoming season. Those are shots that I’m gonna be taking.

“I make at least 200 corner 3s every day before I leave the gym. I’m getting them up. I’m getting the same shot up over and over again, so I’m getting more comfortable with it. It’s been great so far,” he explained.

Drummond already looked more comfortable than ever with the ball in his hands last year – nearly matching his career assist total up to that point (277) in one season (237) – and the combination of that newfound playmaking ability with the prospect of more time spent hovering around the 3-point line is what gets him excited.

“It’s something the coaches and I talked about it,” Drummond expanded. “Working on the corner 3-point shot, working on my ball-handling, still working on my touch around the basket, too, but opening my game up a lot more. It’s going to be a lot of fun.”

Related
Drummond: I Should Be Shooting Mid-Range Jumpers Consistently Next Season