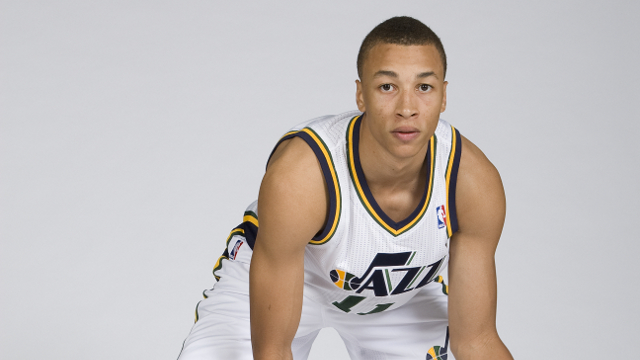 The fifth overall pick in the NBA Draft struggled mightily at the FIBA Basketball World Cup this summer – playing in all of Australia’s six games and only averaging 12 minutes, 2.7 points and shooting 33 percent from the field — leading many to wonder if Exum was truly ready for the L.

Bogut says the Utah Jazz rookie will be just fine, and that it’s far too early to consider writing him off. Per the Sydney Morning Herald (via NBA Australia):

“A lot of people out there that have started to get after him because he didn’t play much at the World Cup need to pull their heads out,” Bogut told NBA Australia.

“The kid is 19, it’s his first major tournament. He’s had tremendous pressure on him over the last six months, but I believe he’ll get there. He just needs to keep working at his game.

“I heard he’s a very hard worker so he’ll be fine. I just laugh at people in the media that are already writing this kid off after one tournament. We cannot forget he was drafted on the fact that he was young and he has a chance to be even better. There’s a lot of people trying to cut him down already which is highly disappointing.”