Andrew Wiggins: ‘I Didn’t Have the Best Season’ 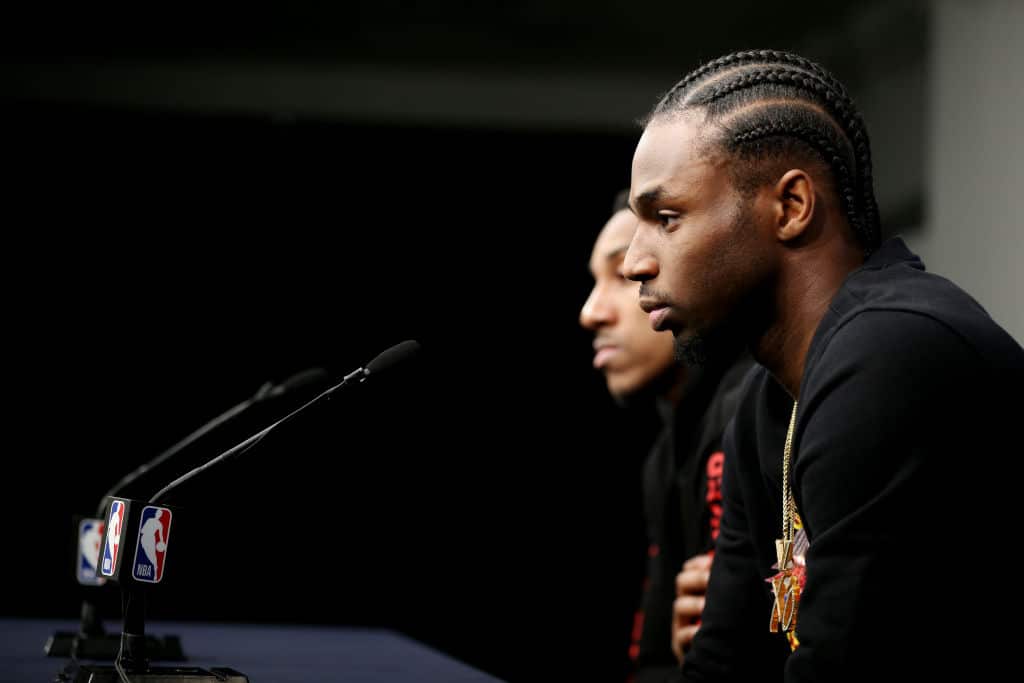 Andrew Wiggins admits that the 2017-18 campaign wasn’t his best, and vows to return as a vastly improved player next season.

Andrew Wiggins admits he 'didn't have the best season,' says 'next year will be better' https://t.co/3OvUJzmgda via @pioneerpress

Wiggins pointed to cutting down on turnovers as a specific area he needs to address this summer.

In his final performance of the season, a 122-104 loss in Houston, Wiggins tallied 14 points on 5-for-14 shooting, committed two turnovers and had not a single assist.

“I kept losing the ball a lot,” Wiggins said. “Just got to take it into the summer and use it as motivation.”

[Tom] Thibodeau noted this summer “won’t be clouded” for Wiggins. Last offseason featured his highly-publicized contract negotiations with the Wolves. Thibodeau said that “probably took something away from him. You’re not going to be approaching things maybe the same way. So this summer will be great.”