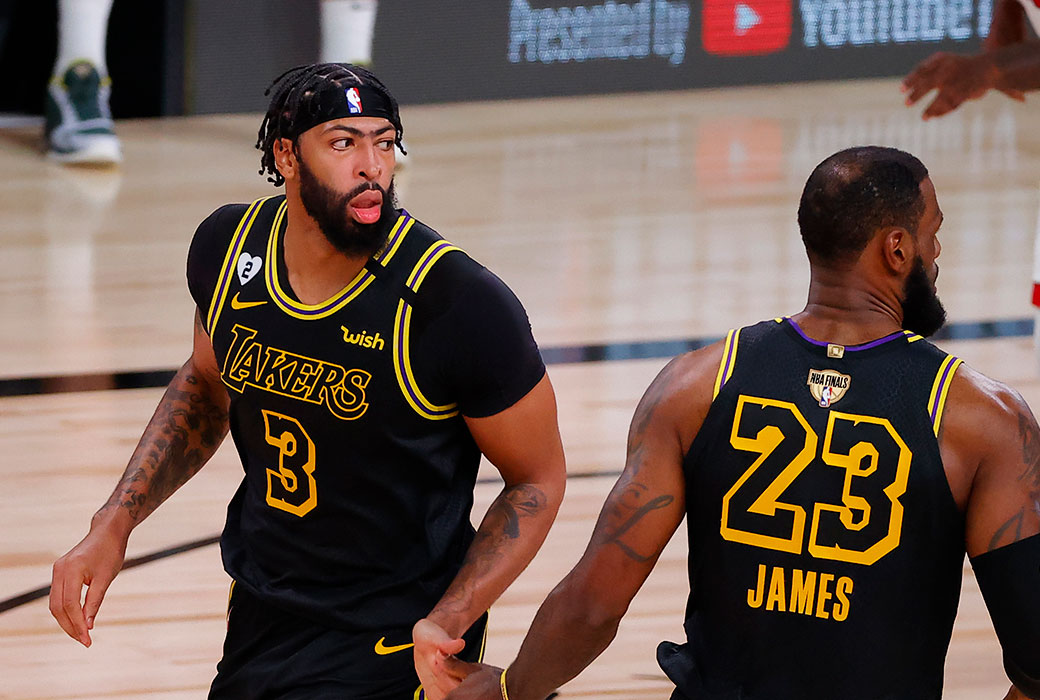 Following the Lakers’ victory over the Heat in Game 2 of the 2020 NBA Finals, Kendrick Perkins wasted no time in stating that he believes Anthony Davis complements LeBron James better than any teammate that LeBron has ever had.

Even with Wade concurring with Perkins, the opinion is a bit controversial considering a couple of superstar teammates that LeBron has played with.

First, there’s Wade himself, whose athleticism, defensive ability, playmaking and friendship with LeBron made them the most dangerous duo in the league while they played for the Heat. Oftentimes, either one of them could play the part of closer and they gave opposing teams headaches with their combination of physical prowess and unselfishness.

Next, LeBron would return to the Cleveland Cavaliers to play beside Kyrie Irving. Irving was everything that LeBron wasn’t offensively; shifty, a pure shooter who loved to pour on points, and one of the greatest ball-handlers the league has ever seen. Without Irving’s skillset, the Cavaliers might never have won an NBA championship in 2016.

Davis, who is now LeBron’s third All-NBA tag team partner, primarily differs from Wade and Kyrie in that he’s the only big man of the bunch. He can score from anywhere on the floor, while also playing elite defense. Best of all, like Wade, Davis comfortable with both following and leading. At this point in LeBron’s career, Davis is exactly the type of player he needs beside him; young, coachable, extremely athletic, and a dynamic scorer.

Many would probably say that Wade and Davis are on equal footing when comparing LeBron’s superstar teammates. However, what can’t be argued is how well Davis currently complements LeBron, with the duo approaching the doorstep of an NBA championshp.